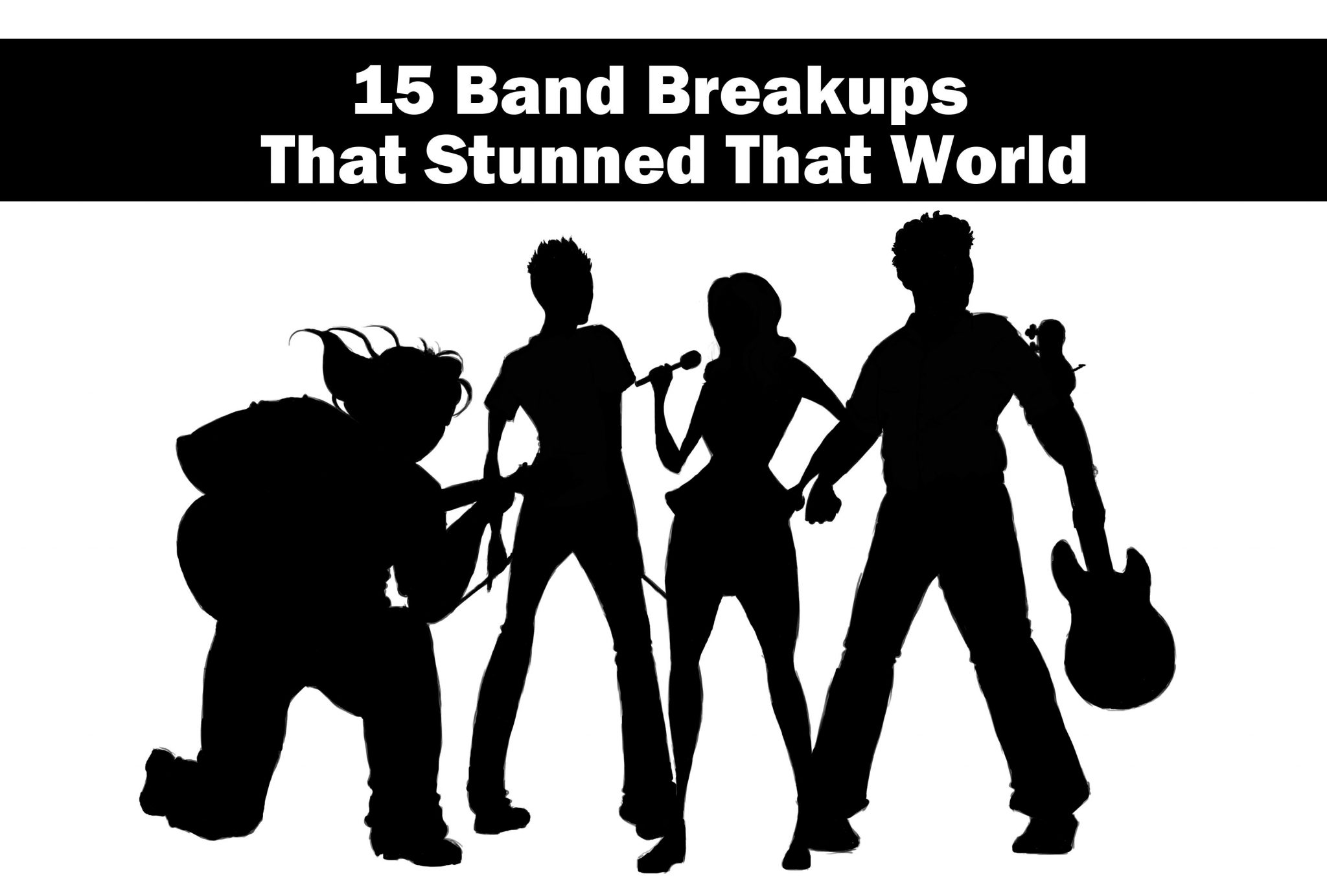 There are many reasons why a band might decide to part ways. A clash of egos is perhaps the most common reason, but not all groups breakup just because they can’t handle the fame and the responsibility that comes with. In Led Zeppelin’s case, the death of a member compelled Page, Plant, and Jones to cease performing as a group. Regardless of the reason, a band’s breakup can be devastating for its fans. In fact, some of these breakups come from left field, taking everyone by surprise. Here’s our roundup of 15 band breakups that stunned the world:

15 Band Breakups That Shook The World 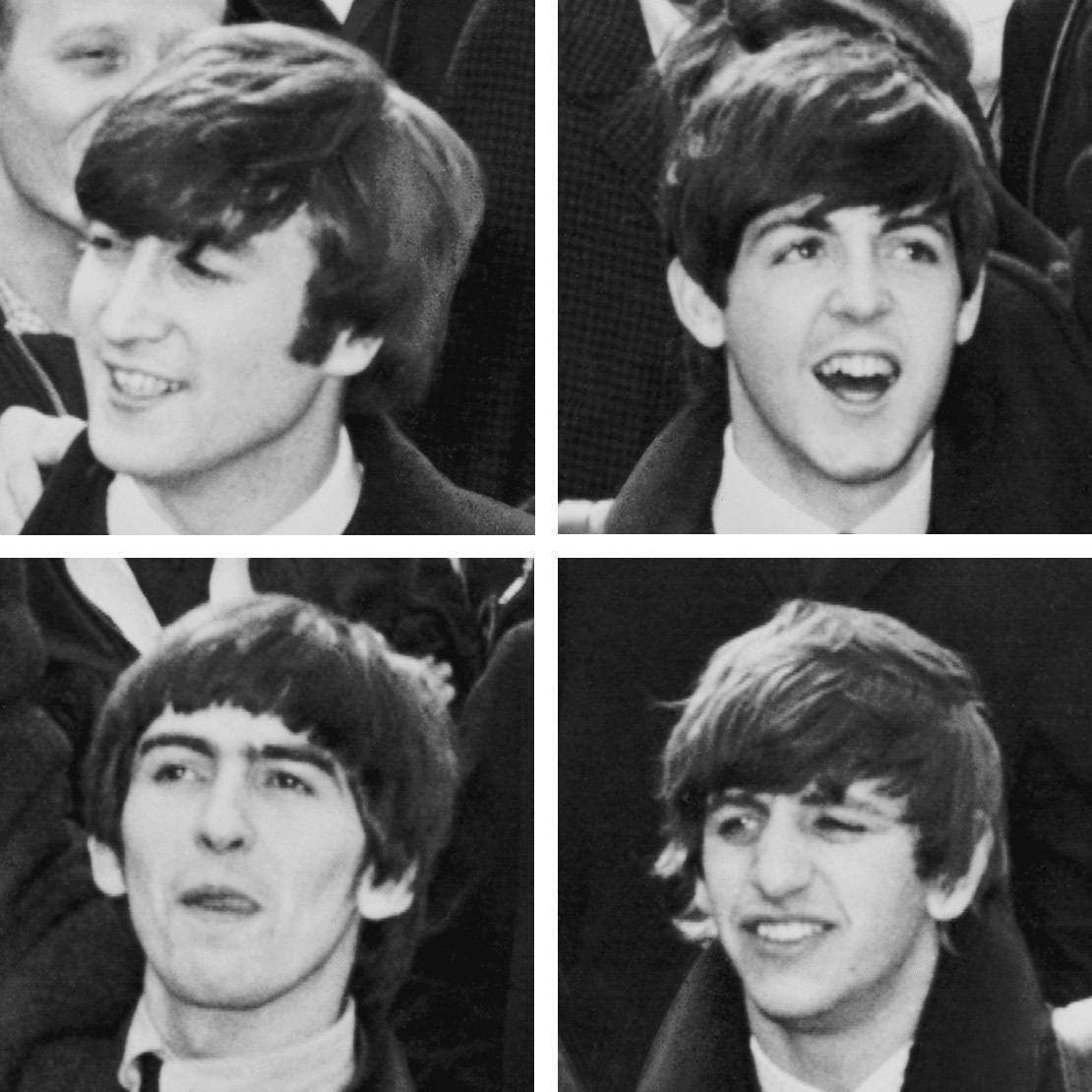 Considered the greatest band of all time, the Beatles have sold over 800 million physical and digital records to date. They are the top-selling musical act of all time. Their input in revolutionizing the classical rock genre is unparalleled. Tracks like Hey Jude and Yesterday are prime examples of their musicianship and songwriting ability.

Many experts label the breakup of the Beatles as an end of an iconic relationship. Before the formation of the band, three of the members, Paul McCartney, John Lennon, and George Harrison were close friends. The breakup was gradual but it was inevitable due to a problematic transitional phase which began with the death of the band’s manager, Brian Epstein.

Personal and legal disputes followed, emerging from disagreements related to financial matters. As a result, John and Paul left the group. Due to these and other various reasons, the Beatles disbanded. Despite ceasing to perform as a band in 1970, The Beatles continue to remain one of the top-selling acts of the modern era. In fact, up till 2000, they were the best selling artists for every decade starting from the 1960s. This stat shows their enduring popularity and one can only imagine what if they hadn’t broken up in the first place! 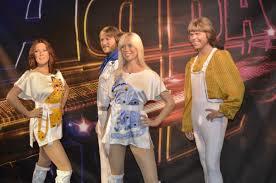 ABBA is the first name that comes to mind when you think about Europop. The Swedish band, which enjoyed a lot of success worldwide, is, along with The Beatles, one of the best top-selling bands of all times. They have reportedly sold over 500 million records, which cements their place in history books. The band consisted of two couples, Agnetha Fältskog, Björn Ulvaeus, Benny Andersson, and Anni-Frid Lyngstad, though each couple later broke up.

Their breakup was hard to take for their fans at the time. There wasn’t any formal announcement of when the split actually took place. The lack of motivation and the two divorces are considered the main reason for the band splitting up. Even today, their iconic tunes hold up. Some of their popular songs, including Dancing Queen, Mamma Mia, I Have a Dream, and The Winner Takes It All, have been covered by a multitude of artists over the years. In fact, their music inspired a play, Mamma Mia, which was then adapted for the screen. 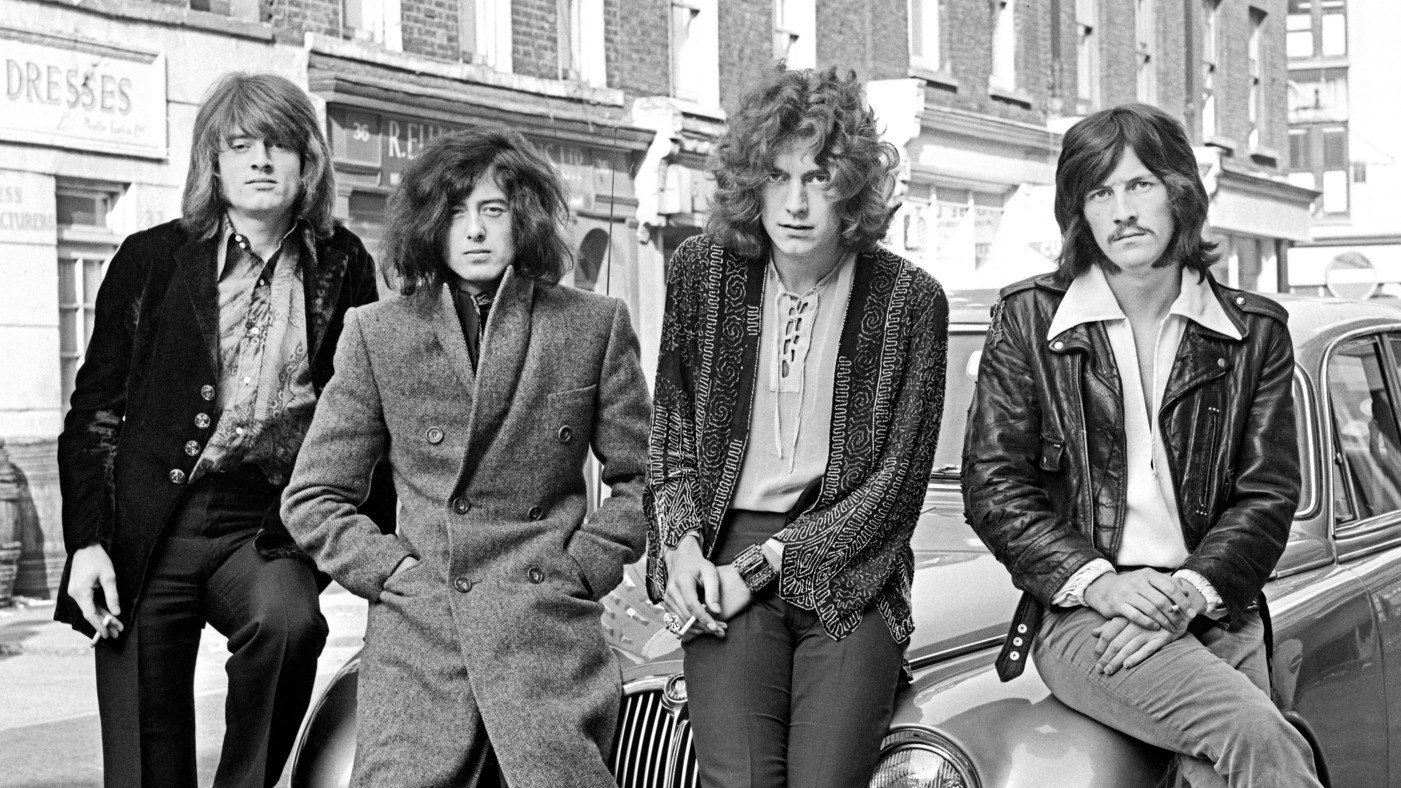 All the modern hard-metal and heavy rock lovers look up to Led Zeppelin. Their artistic influence in the genre what makes them a special band for rock music lovers. The breakup of the band came about as a result of the untimely death of their drummer, John Bonham in 1980. The band promptly announced they won’t continue performing as Led Zeppelin, and thus signaled the end of an era. The band did not want anyone to replace John, and over the years, played live with John’s son, Jason.

Led Zeppelin is considered pioneers of ‘Album Rock’, eschewing singles in favor of releasing entire albums based loosely on a theme. Their albums are some of the most definitive in the genre and sold millions of copies. Their most popular songs include Kashmir, Immigrant Song, and of course Stairway to Heaven, which has become a rock standard over the years. 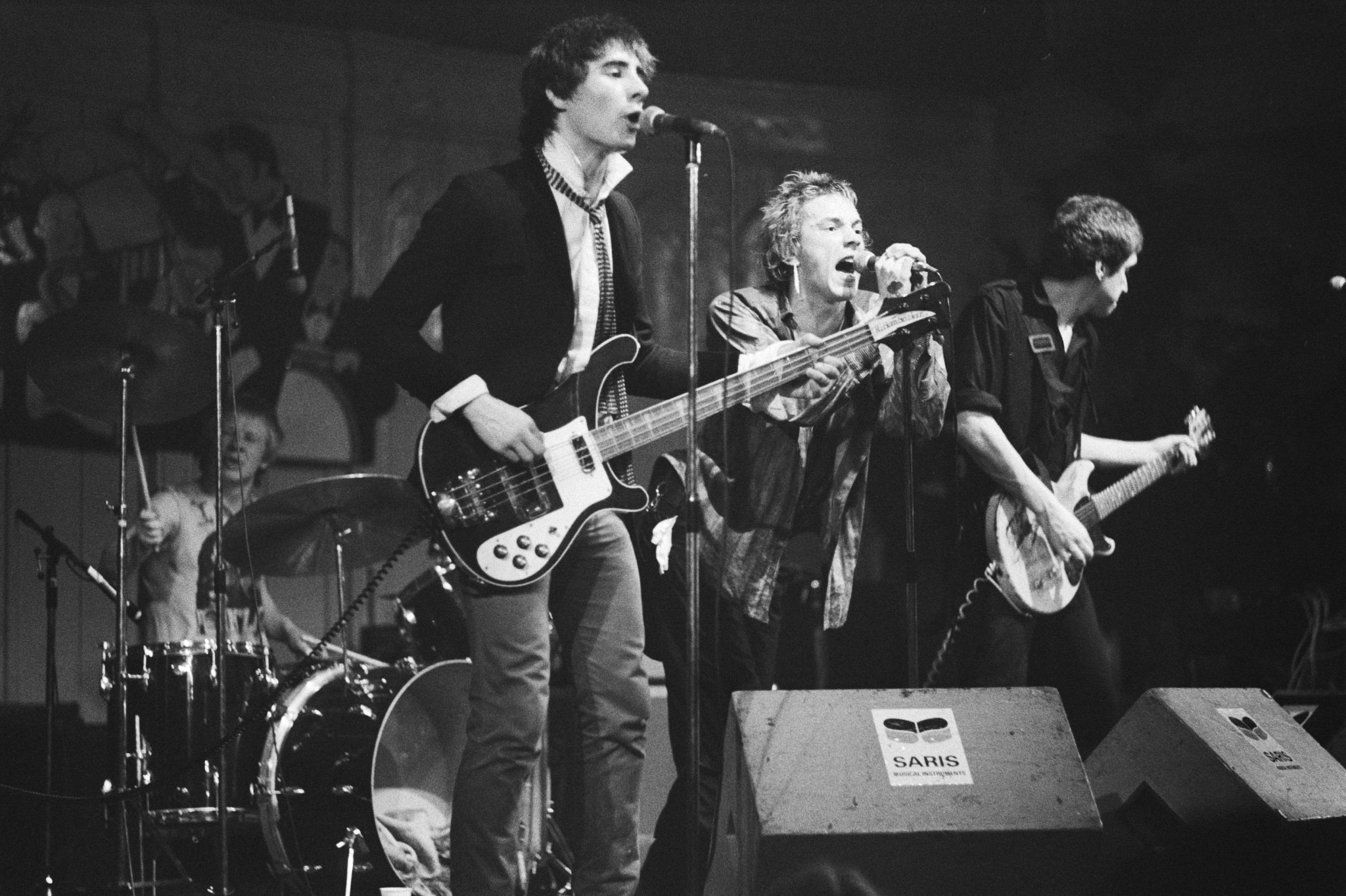 Tracks like God Save the Queen and No Feelings are examples of what the Sex Pistols gave to their audience. They will always be remembered for kick-starting the punk rock movement. The band officially broke up in 1978 due to some personal quarrels between the members and the manager. The wild personalities and rowdy persona of the band became too much to handle for the members as well as the audience, leading to the demise of what could have been one of the biggest bands of all time. 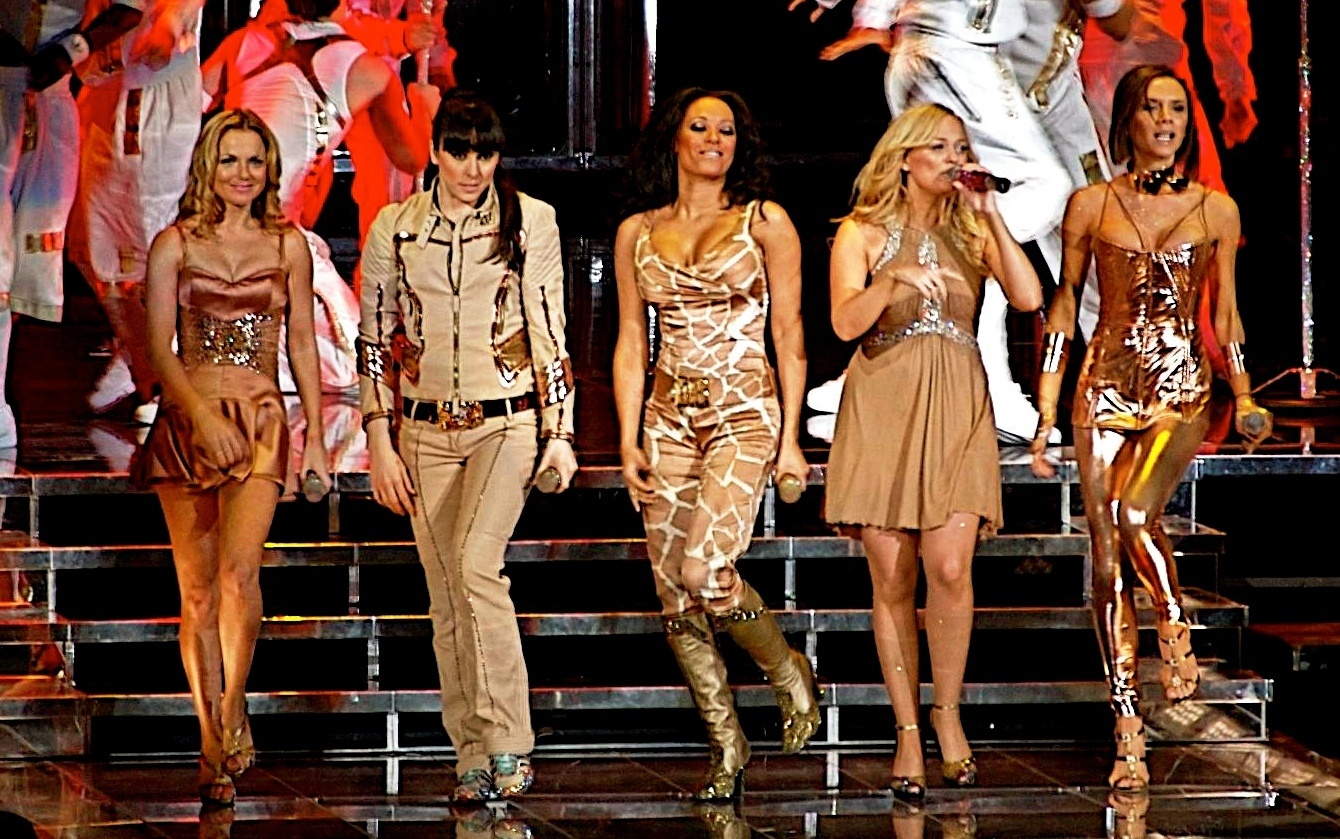 An iconic pop girl group, the Spice Girls will always be remembered their sweet and saccharine dance pop. Their debut album, Spice broke all records and became the best selling musical album by a female group ever.

The band was quite successful and recognized worldwide for their contribution to the pop genre. Unfortunately due to personal disputes and differences between the members, they separated. The first nail in the coffin was brought on by the departure of Ginger Spice, Geri Halliwell. After some time, the rest of the girls gave up on reuniting their ‘dream’ and announced in 2000, the official breakup of the band. 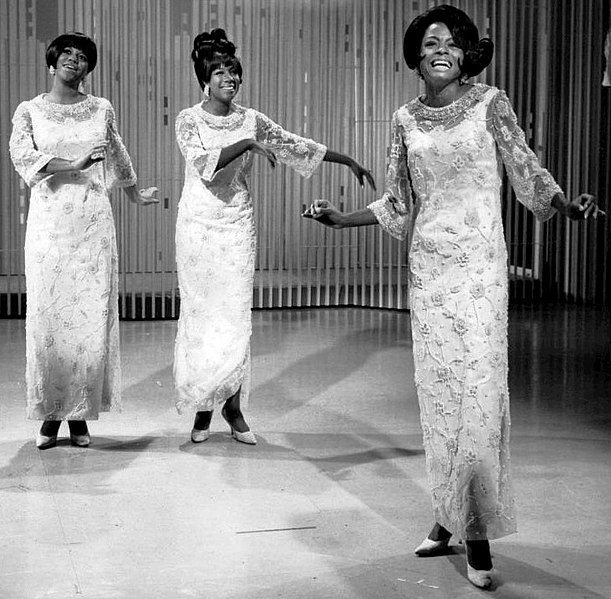 The Supremes are among the top vocal female groups of all time. The band consisting of the original members, Florence Ballard, Mary Wilson, Diana Ross, and Betty McGlown enjoyed a successful period in the 1960s, proving a breakthrough for black female vocalists. The breakup was the result of a sour rivalry between Florence and Ross, which resulted in Ross leaving the band in 1967. 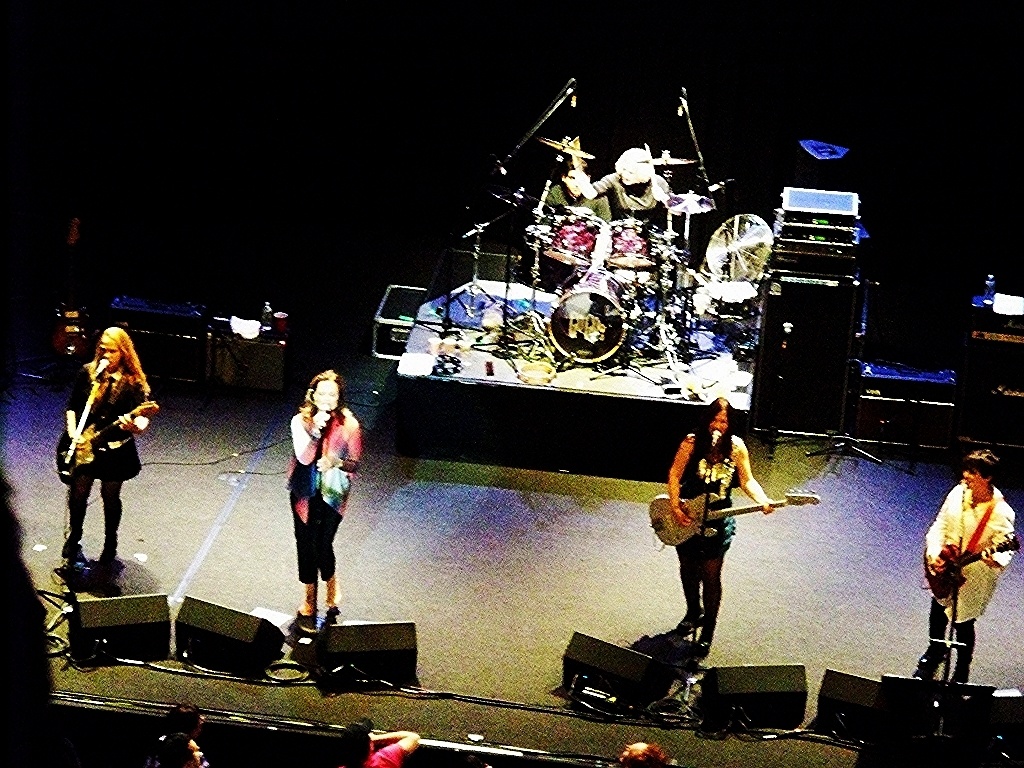 The Go-Go’s rose to fame on the back of their surprise hit, Beauty and the Beat. Over time, the all-girl band became known for writing their own songs as well as playing their own instruments. Their famous tracks include Vacation and We Got the Beat. To date, the Go-Go’s are the most successful female rock group of all time. In 1985, the band members went their separate ways, with the lead singer Belinda Carlisle going for a solo career. The personal problems came in the way putting an end to a successful spell which will always be remembered by the truest fans. 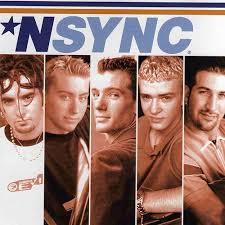 Known for their revolutionary success in the late 1990s, NSYNC gave pop music a shot in the arm. The group’s second album, No Strings Attached broke all records at the time signaling the start of happy days for the band. The band sold over 70 million records in their short tenure. The well-known members of the group included Justin Timberlake, Joey Fatone, JC Chasez, Chris Kirkpatrick and Lance Bass. The band broke up due to certain indifferences between the members. Their website shutdown in 2006 and the split was confirmed Lance Blass in 2007, which stunned their fans worldwide. 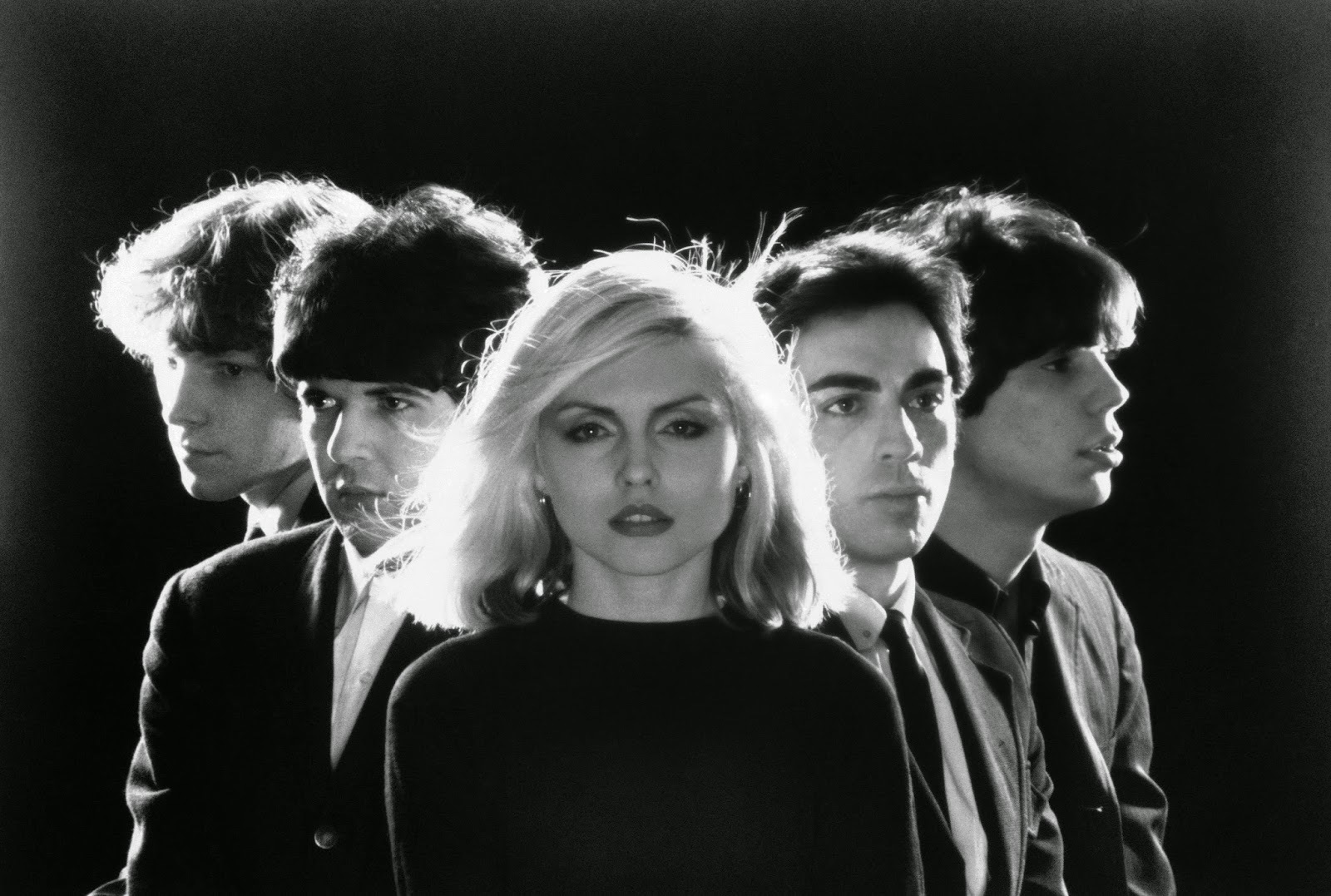 ​​​​Rock and Roll Hall of Famers, Blondie will always be known for shaping the early new wave and Punk music scene in the US. Their third album, Parallel Lines, initiated a successful period for the band. The album was successful across the globe and sold more than 20 million records, making it their most successful record. The group broke up in 1982 mainly due to the fact that lead singer, Debbie Harry left to pursue a solo career. However, they got back together in 1997 and still continue to perform, having released their latest album last year. 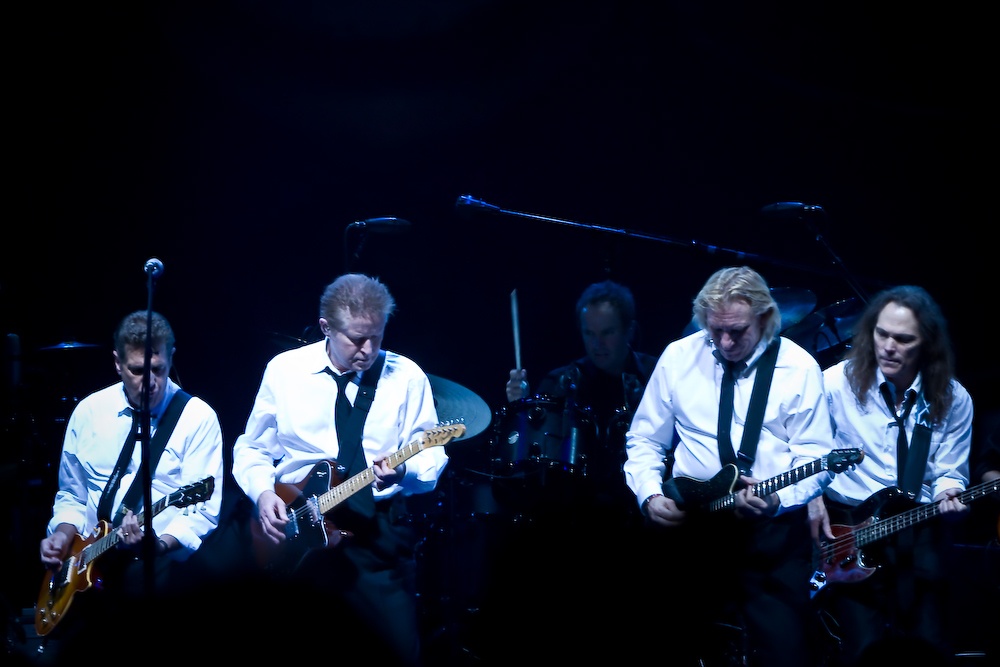 The early 70s marked entry of the legendary rock band, The Eagles. The Eagles enjoyed imminent success and will always be remembered for their chart-busting hits. The most successful hit of the band was the album, Hotel California, which spawned their classic hit song of the same name. Their Greatest Hits compilation remains the best-selling album of all time in the US.

A dispute between the members Frey and Felder was a sign of things to come. The band members even threatened each other on stage and went their different ways. The band, however, reunited in 1994 and continues to perform. However, Glenn Frey’s death means the band’s iconic lineup is no longer in place. 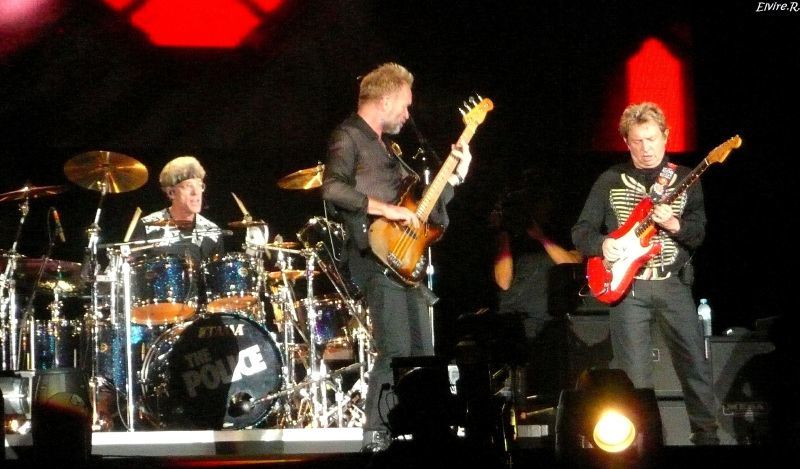 ​​​​‘Every Breath You Take’ and ‘Roxanne’ are some of the top tracks of the iconic British rock band, The Police. The band experimented with new wave, post-punk, reggae rock and pop-rock, garnering a huge fan following in the process. Having sold over 75 million records makes The Police one of the greatest bands of all time. The breakup was not surprising at all when the member, Sting in 1986 made his intentions clear to the public and left for a solo career. The Police, like The Eagles, reunited later on and embarked on a highly successful world tour.

The Police are among the most acclaimed music trios of all times. Sting is a household name, due to his popular solo career, and he served as the chief songwriter for the band. The band memorably won Song of the Year at the Grammys for Every Breath You Take, beating Michael Jackson who was nominated for both Beat It and Billie Jean. Some of their other memorable songs include Walking on the Moon, Message in a Bottle, and Can’t Stand Losing You.

Spandau Ballet was a popular band in the new wave and synthetic-pop space. The band got recognized internationally with their third album, True. The band achieved considerable success in the late 80s but disbanded in 1990 over a dispute regarding over royalties. The members Tony Hadley, John Keeble and Steve Norman filed a case against Gary Klemp. The band eventually reunited in 2009 and still continue to perform. 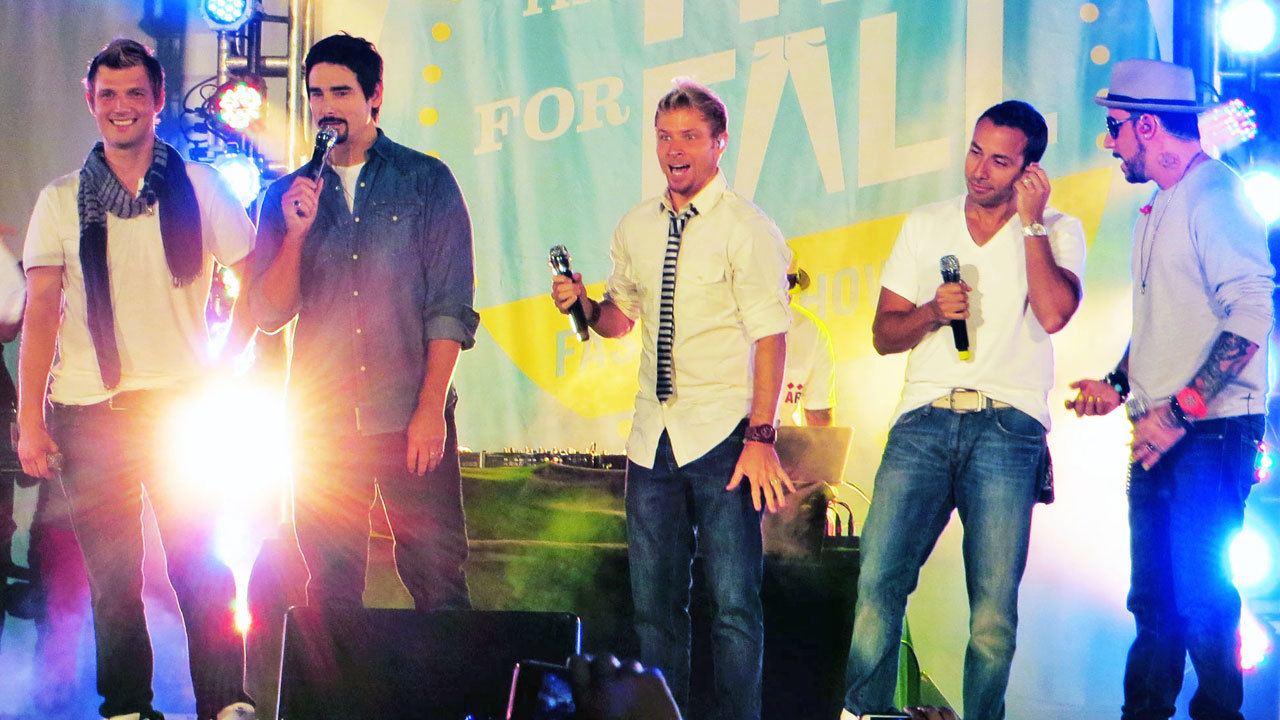 ​​​​Pop-rock, contemporary R&B, teen-pop and dance-pop are some of the genres the Backstreet Boys dabbled with successfully. The band enjoyed their most productive stint between 1995 and 1997. The tracks ‘As Long As You Love Me’ and ‘Everybody’ were some of the main tools in taking the band’s status to superstardom. Their total sales are over 130 million records, making them the most successful boy band of all time.

After the departure of Kevin Richardson, the band was not the same. The band is still active with a new look and focuses more on producing contemporary style music. The unexpected departure of the members hurt the legacy established in the 90s. 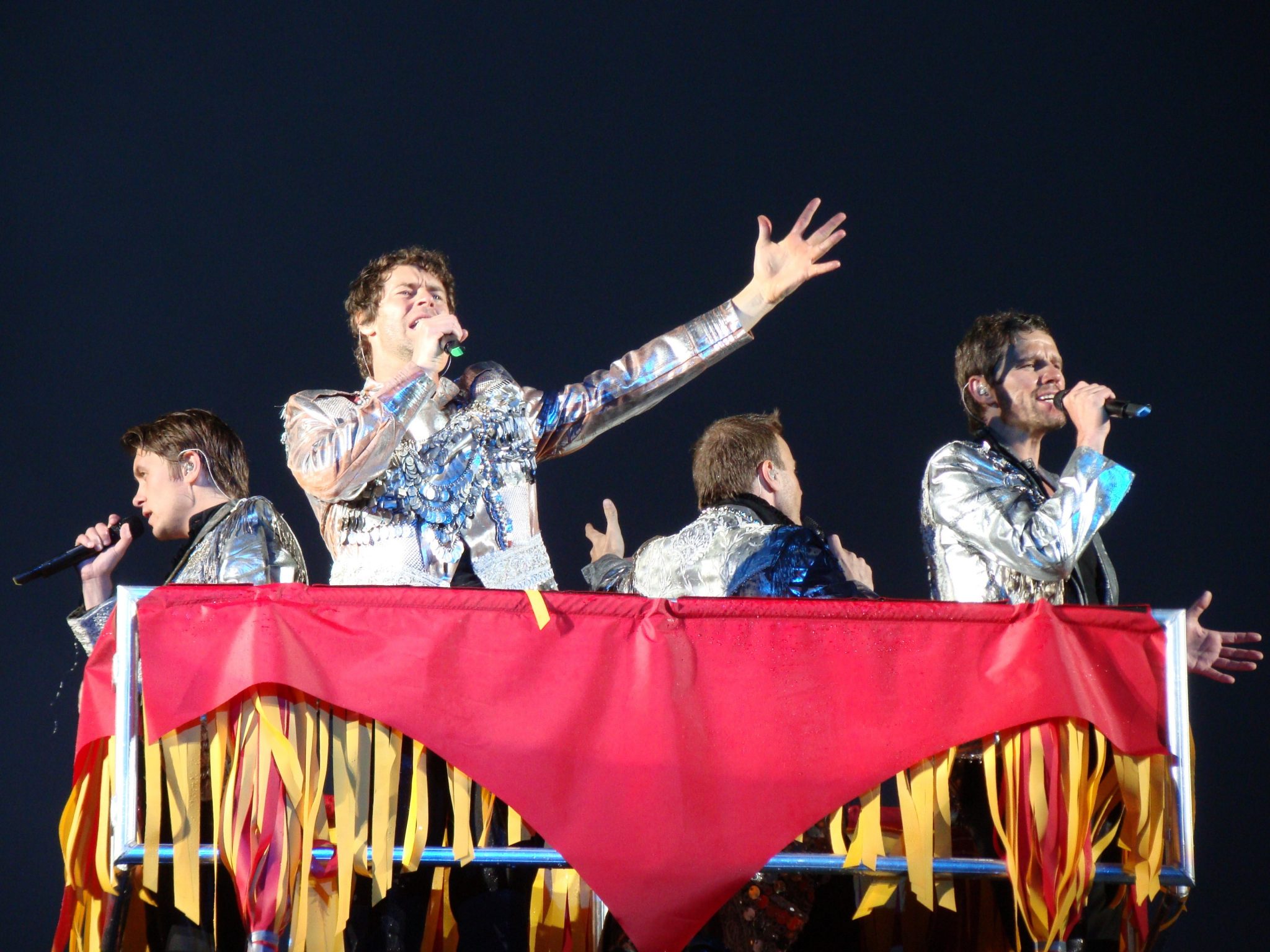 Take That gained popularity in 1994 before embarking on their first official world tour. The band achieved popularity with their modern and crisp sound. They were one of the top pop bands in the UK during their early years. ‘How Deep Is Your Love’, ‘Back for Good’ and ‘Pray’ are among the band’s top hits.

Some rule violations, jealousy and bad behavior turned out to be the reasons for the inevitable breakup of the band. Robbie Williams dealt with a drug addiction, which was not appreciated by the other members resulting in his departure. In 1996, the band members decided to part ways, breaking millions of hearts. 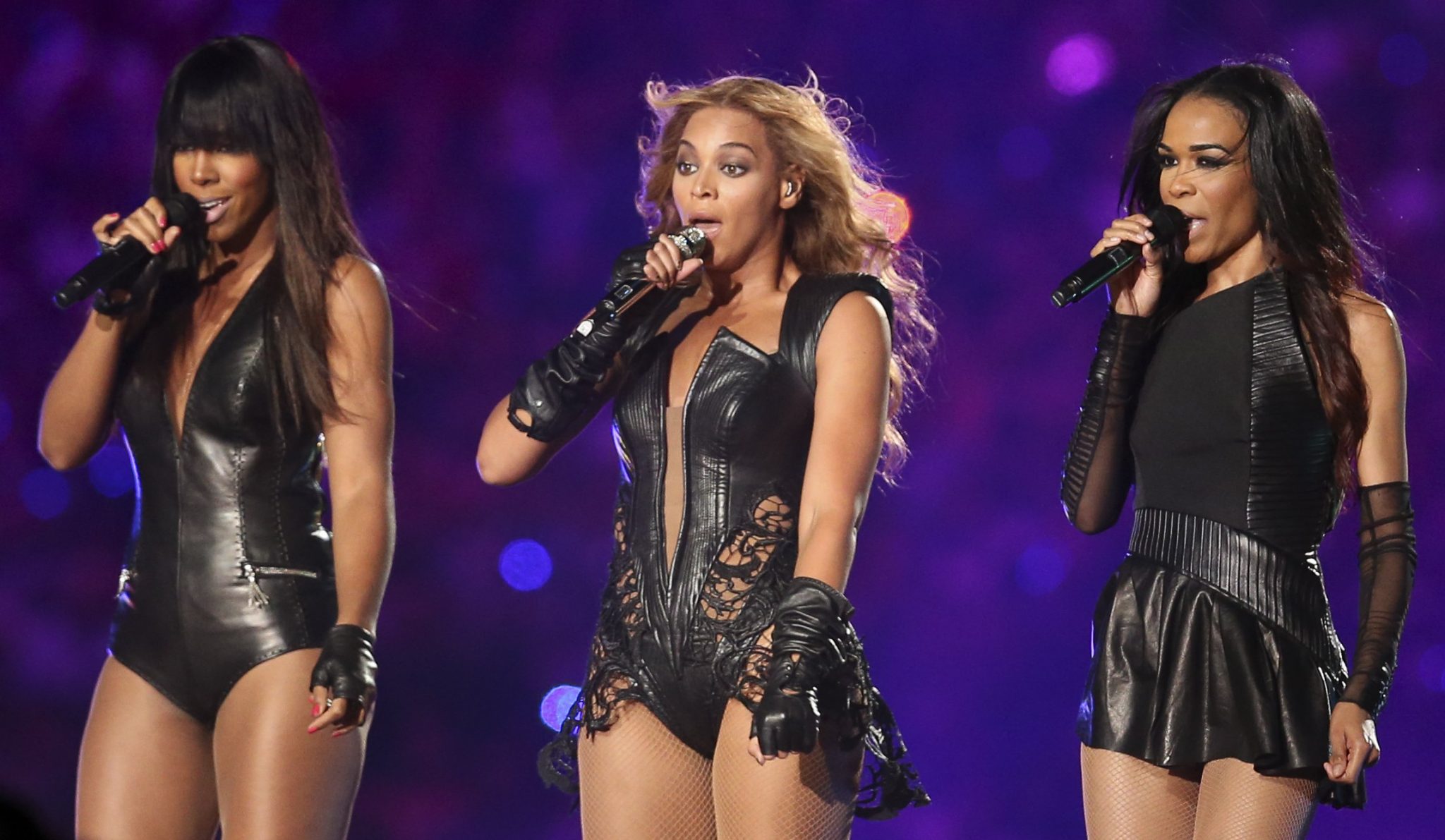 Destiny’s Child brought a new sound to the R&B genre as a female vocal group. The members included Kelly Rowland, Beyoncé Knowles and Michelle Williams. Over the years, they attracted attention nationwide with their formidable lineup. There were frequent changes in the band, which led to their breakup. The members decided to pursue separate careers with Beyoncé Knowles turning out to be the most successful of them all.

So, this is our list of the 15 band breakups that stunned the world. As mentioned, there are some notable names not included on this list for various reasons. Some bands keep breaking up and reforming too frequently to be considered officially broken up. As you can see, a number of bands on this list ended up reuniting and are still performing. The breakup of a successful band often signals the end of an era, and fans begrudgingly have to accept that things will not be the same.

That said, it’s surprising that even the most successful bands end up breaking up. If success cannot keep them going, nothing will!