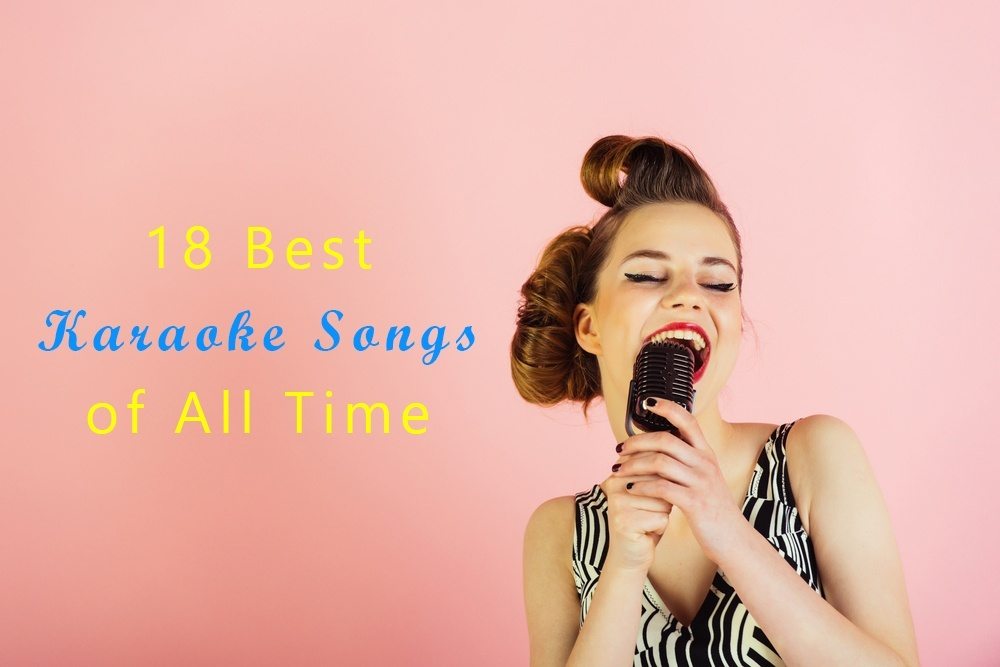 If you have been to a karaoke bar before, there is no point telling you how difficult it is to get up to sing at those bars, especially if it’s only your first time. However, it is easy for anyone to be a rock star at a karaoke, provided you know your way around it. Basically, all you need to do is choose the right song; which means you must steer away from expert level tracks such as Queen’s Bohemian Rhapsody or Eminem’s Without Me. The best karaoke songs are always those songs that provoke a solid reaction from the listeners. Such ambiguous criteria means there is a great amount of options for you when choosing a song to karaoke.

Nowadays, singing at a karaoke bar has been made easier than ever as you can just pull songs from almost any music genre such as rock, rap, country, and pop. Sometimes, the sheer amount of options can get you overwhelmed, but don’t worry. If you are finding it difficult to choose the best songs to sing to a teeming bar, we have put this list together to help you make a decision on the best karaoke.

Choosing the perfect song for karaoke can be a bit difficult. The song you want to sing has to be sufficiently popular so the audience can sing along with you, but sufficiently easy for a beginner to ace. 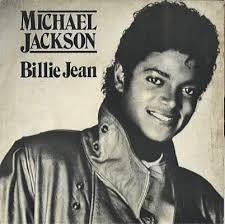 Billie Jean, the 2nd single from Thriller, Michael Jackson’s 6th solo album, is easily one of the easiest Michael Jackson’s songs to sing at a karaoke bar. One of the main reasons this song is considered as a perfect karaoke song is because it provides you with the opportunity to do the popular Moonwalk in front of a teeming audience. 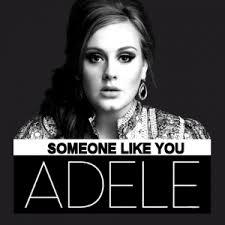 Said to have been inspired by one of Adele’s previous broken relationship, “Someone Like You” fills in as a popular demand by the recently broken-hearted; although the song sounds simple and easy, it isn’t meant for karaoke beginners. Vocal mistakes will be easily made obvious by its piano backup and the range of the song goes from deep to high at a very short notice. Certainly, this song is a professional level karaoke track, so keep in mind that you may likely be about to embarrass yourself if you are a beginner. 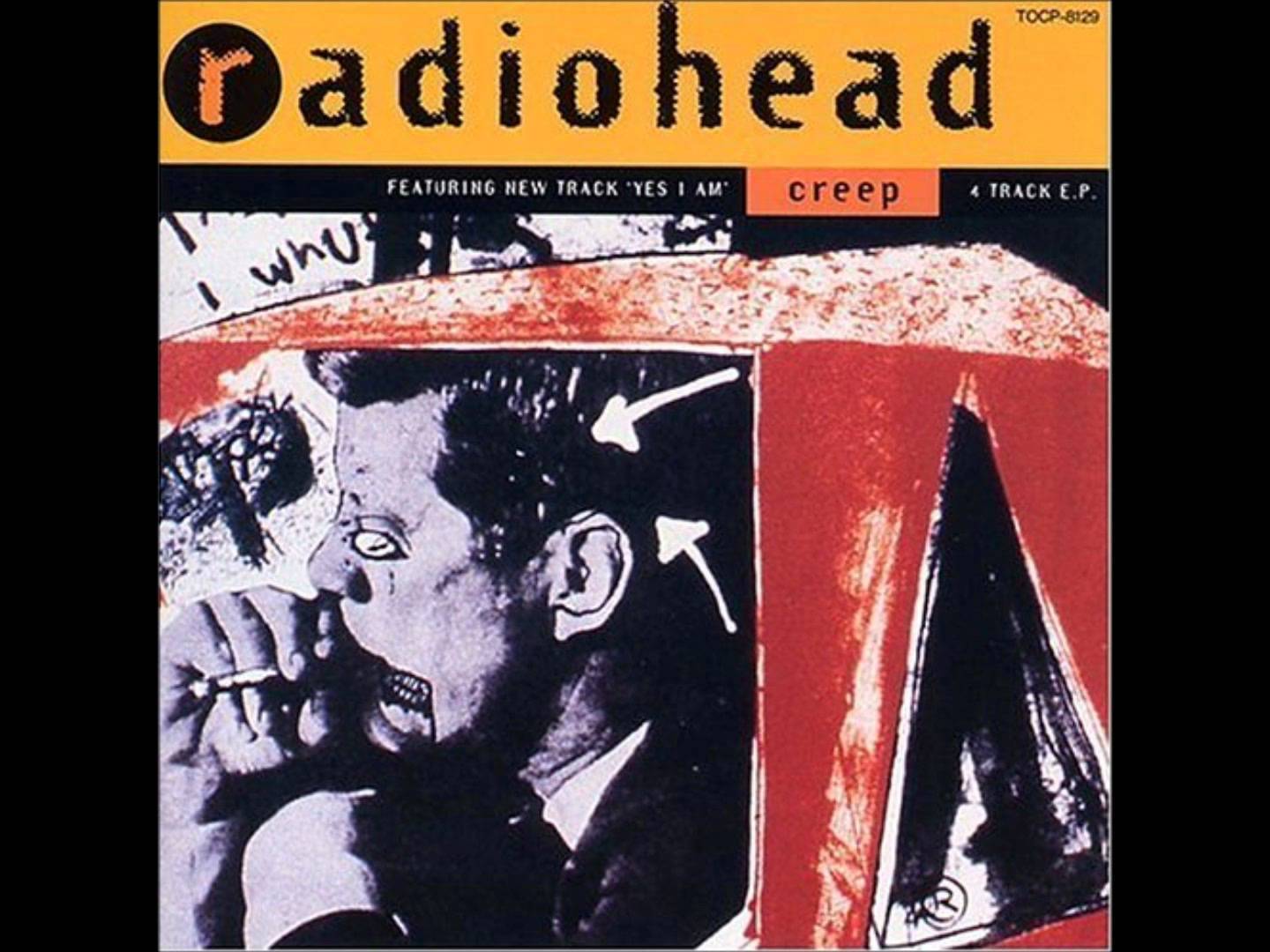 Creep by Radiohead is a song that is very popular among recently jilted men. This song expresses excruciating emotions in an impeccably timed tune. This track is the debut single from Pablo Honey, Radiohead’s first album, and it is very easy to sing and is the best way to experience your fantasies about rock n’ roll as you ache over the memory of your former lover. 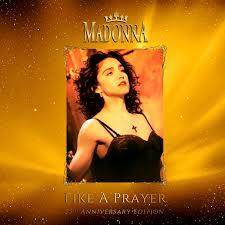 On the very controversial “Like a Prayer”, Madonna took sex to church in an attempt to pull out something different. This song is one of the songs mostly demanded by karaoke fans, and the reason isn’t difficult to notice. Owing to the use of Catholic imagery, this song was also accompanied by an equally controversial video. “Like a Prayer” is a song that has a gospel-like theme and it’s very easy to sing along to because of its hooks. 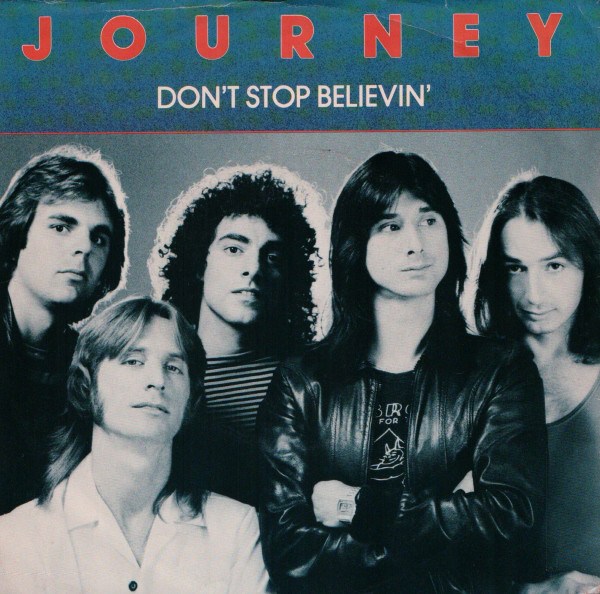 Often described as the ideal rock song for anybody who is still hopeful in the face of difficulty, “Don’t Stop Believin” is a great song that is perfect for karaoke lovers. In 2009 when the song was performed in the premiere episode of the TV drama Glee, a new lease of life was breathe into the song. This song is undoubtedly the biggest hit from Journey, and it remains their most popular song till date. Having sold more than 5 million digital copies, the song became the most downloaded track on iTunes store in 2011.

You don’t have to be a word class singer before you can perform at a karaoke bar. If you know you aren’t good at singing and you want to try out karaoke, below are some great songs we thing would be suitable for you. 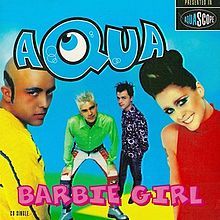 One of the easiest options for bad singers is “Barbie Girl” by Aqua. This song is a great karaoke options because all you have to do to kill off the song is nailing the high-pitched, nasally voice. Regardless of whether you get the notes right or wrong, you will surely have a good performance if you try your best to do a high-pitched voice. If you are performing this track by yourself, try doing both voices. The audience will appreciate and love listening to it. You can do cliché female physical moves such as mimicking lipstick application or you can flip your hair over your shoulders while singing the parts about Barbie. If you are very dedicated, try not to bow your arms or knees all through the entire performance, and keep the dialogue at the end of the song in mind. 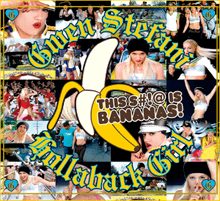 This is another great song to sing along to as the vocalist does not really do much singing on the track. Gwen Stefani, in the song, talk-sings her verses. This song needs a lot of enthusiasm and energy as it strongly resembles the sort of song you would hear from cheerleaders before a football game. Besides, the song it basically a diss track, which means it requires a lot of attitude. 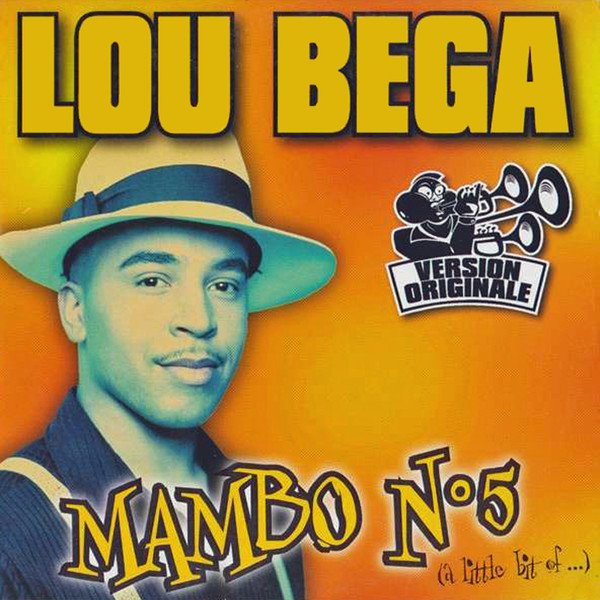 Mambo is one of the most loved tune among karaoke enthusiasts, perhaps because it’s spoken instead of sung. The only part you will have to sing is the chorus. Also, it is quite easy to perform this song as far as you can keep some notes in mind. Ensure you point to a woman in the audience whenever a name of a woman is mentioned. The song has the attributes of a swing song and is very easy to sing for karaoke. 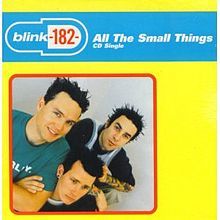 Towards the end of the 19th century and at the beginning of the 20th century, pump music comprised a lot of jumping around and shout-singing. Vocal performance and vocal quality aren’t really essential. If you are looking for an easy way to nail this song, just try mimicking the unique voice of Tom Delonge. Regardless of whether you nail all the notes or not, the audience will appreciate your effort. If you find it difficult to pull of the voice, singing the entire song while smiling is always a way out. 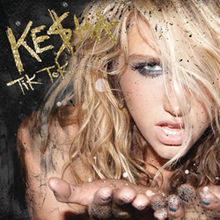 Another great karaoke option for bad singers is “TiK Tok” By Kesha. The inaudible auto-tuned voice on Kesha in this song makes it very easy to sing. In the event that you are drunk already, the slurring should come naturally for you without much effort.  Kasha acts the Hot Mess Party Girl role in “TiK ToK. Being s bit sloppy in your movements shouldn’t really be an issue while performing this song, just ensure you remain in control at all times. If you are a really drunken mess while performing, your audience will just become very uncomfortable.

However, if you believe that you are a horrible singer, why don’t you get yourself a karaoke machine at home and practice it a lot before going out?

If you are a big lover of rock music, it is very understandable that you would prefer to perform rock songs over songs from other genres. So, below are the best rock songs you can easily karaoke.

11. Always Be My Baby by Mariah Carey 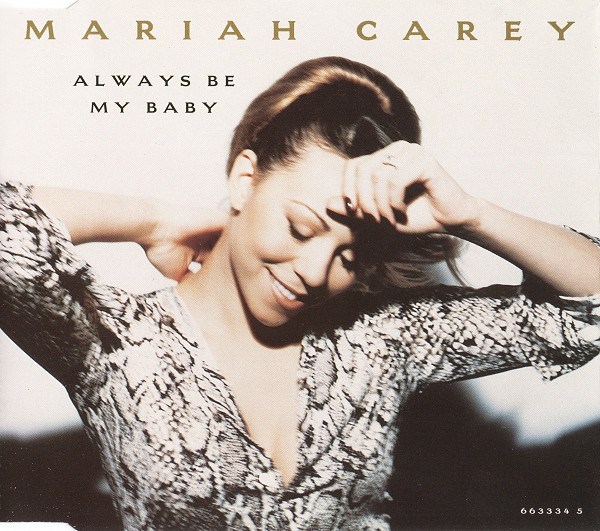 Produced by Jermaine Dupri, an incredible producer who rose to fame during the 90s, “Always Be My Baby” is a great rock song for all karaoke lovers. In December 1994, well after the song had been recorded, Carey recollected that she decided to work with Jermaine Dupri due to his very distinctive vibe. Another person who also worked with Carey on this song is Manuel Seal, who played various keys on the piano as he was led by Carey with some melodies she claimed to be hearing inside her head. The refrain’s simplicity was trapped in the heads of everybody at the time, and unsurprisingly, it is still stuck in people’s heads today. 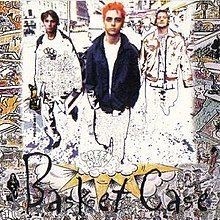 Basket Case is a song about battling with anxiety. In this song, the fear of living with the thoughts that you are going crazy is deeply explored. Armstrong, at the time of the release of the song, said “the only way I could know what the hell was going on was to write a song about it.” Rob Cavallo was the producer who produced the song, and in 1993, he eventually signed the band to Reprise Records. Carvallo and Green Day later recorded another version of “Basket Case,” which they released in late 1993, in California. The song is a great rock song for any karaoke performance.

13. Been Caught Stealin by Jane’s Addiction 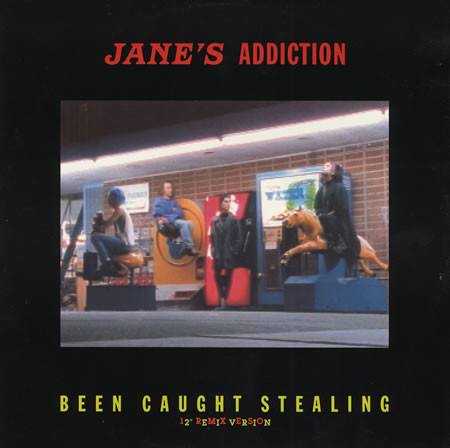 The track has consistently featured in films and on television. The Jane’s Addiction group are known to be lovers or dark subjects or self-implicating subjects, and they proved people right on this song. Having appeared in the soundtracks of popular video games such as Guitar Hero, Rock Band 3, Warriors of Rock, the Darkness II, Power Gig, and Rise of the SixString. This classic will surely get your audience tapping their feet subconsciously. 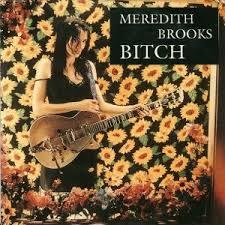 Recorded by Meredith Brooks, an American artist who came to limelight in the 90s. “Bitch”, released in 1997, was the lead single from Blurring the Edges, Brooks’s debut album. The song rose steadily on the Billboard charts, and it eventually peaked at 2nd for 4 weeks. The song also peaked at number 2 in Canada. Still regarded as a feminist anthem, “Bitch” was so good that it was nominated for Grammy.

Whether with your friend or a stranger, singing a duet in a karaoke bar is always an exciting experience. In case you have troubles choosing, below are the best songs for karaoke duet.

15. A Whole New World by Aladdin 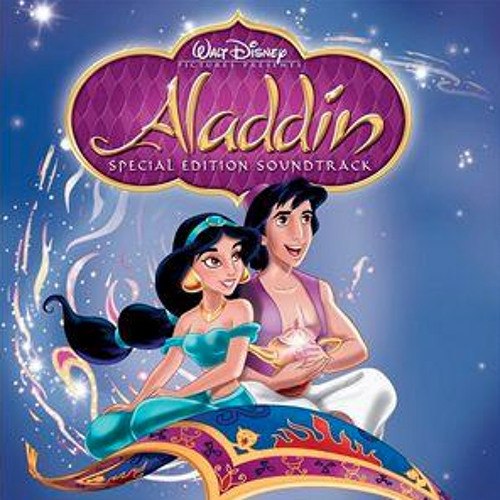 This song is the highest quality level in karaoke songs. Apart from the fact that the song is romantic, it is also an ageless classic that takes millenials on a journey through memory lane whenever it is played. With two different tracks for a female and male voice, you will almost certainly feel a glint of romance with whoever performs this song with you. 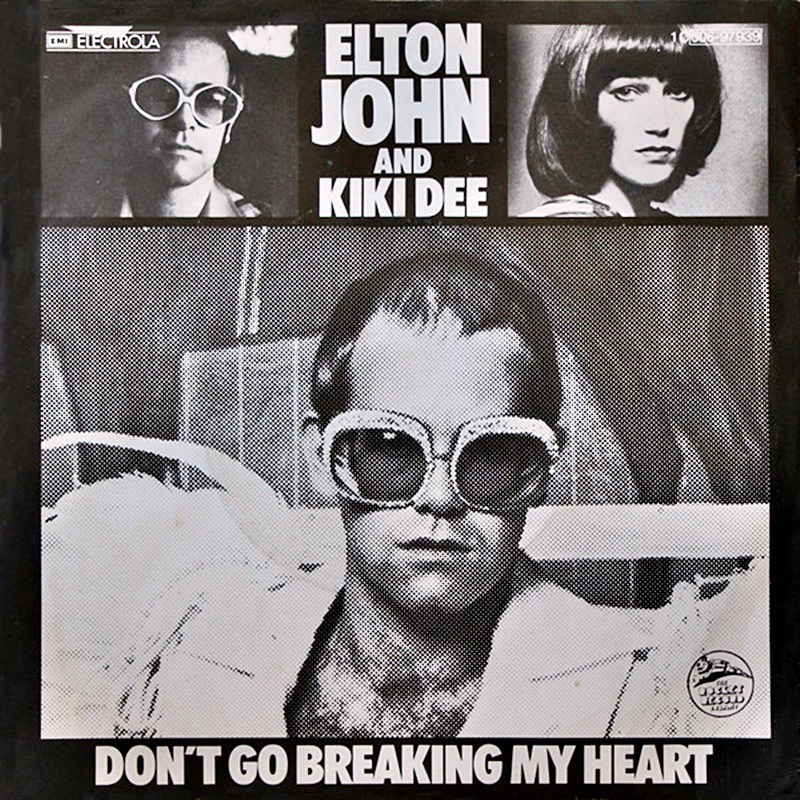 “Don’t Go Breaking My heart” is a Grammy-nominated song which was released originally in 1993 by Elton John and Kiki Dee. Being a Grammy-nominated song, you know you can’t get it wrong with this song. It is an enchanting tune that is entertaining, poppy, and creates the stage for a great karaoke party. The only difficult part is determining the person who gets John’s part. 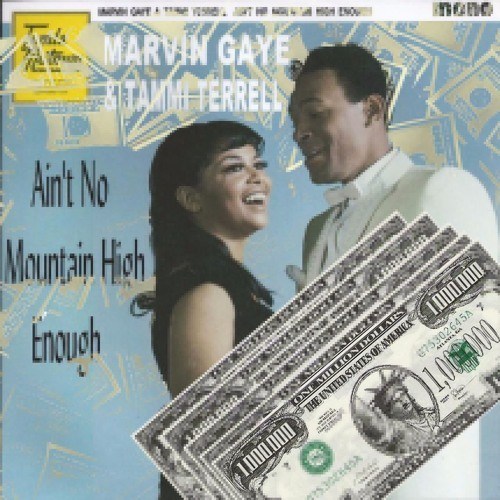 While this timeless classic by Marvin Gaye may sound like it isn’t for beginners, don’t allow that to discourage you or any member of your group from performing this track to the best of your capabilities. While Marvin Gaye and Tammi Terell actually recorded this song in 1967, it didn’t actually become a hit until Diana Ross recorded it again in 1970. 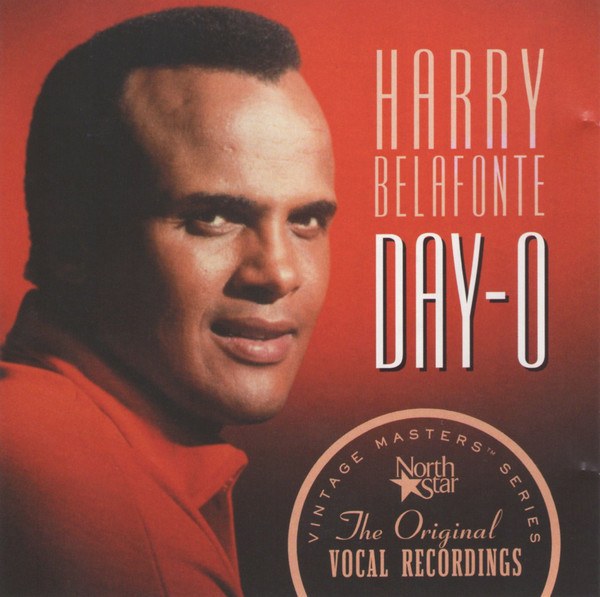 While most young folks won’t probably know this classic by Harry Belafonte, the older folks will surely appreciate listening to this song. Released in 1956 by Harry Belafonte, this song contains some weird lyrics which would probably make it a weird karaoke option. However, this doesn’t take away the fun in the song, and when you can get a room filled with friends singing along to a song that was released more than 60 years ago, you know there is definitely something you are doing right.