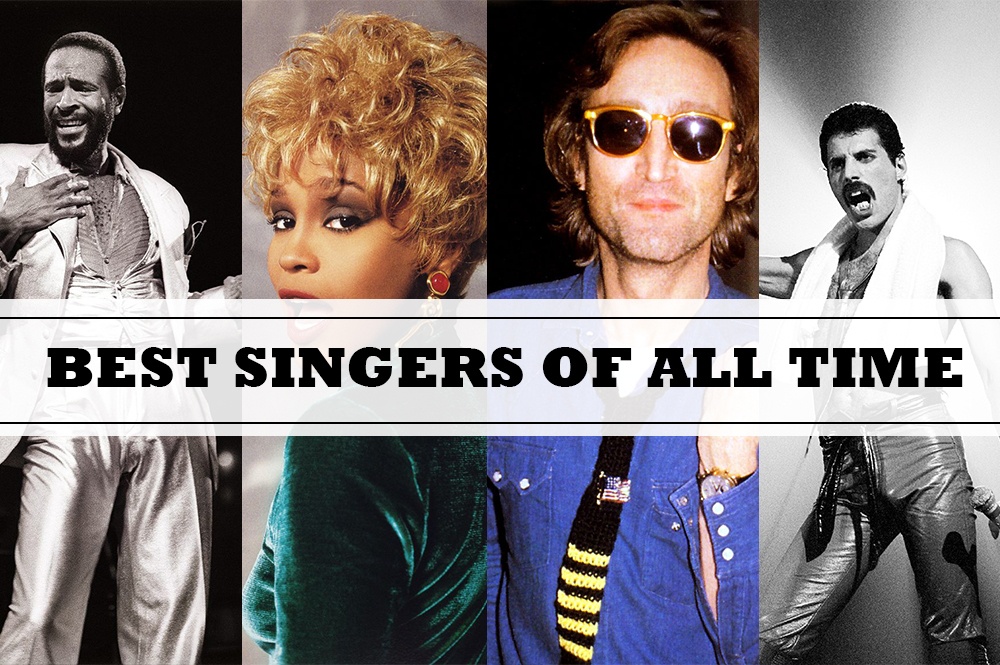 The greatest singers of all time share one thing in common: they’ve set the standard for all singers who come after them. Some of them achieved a bona fide legendary status. That said, it can be difficult to compare singers based on their voice quality. Singing is a skill and comparing singers is a subjective matter. However, a few singers managed to transcend this debate and prove themselves worthy of being considered the greatest of all time. Here’s a list of the best singers ever: 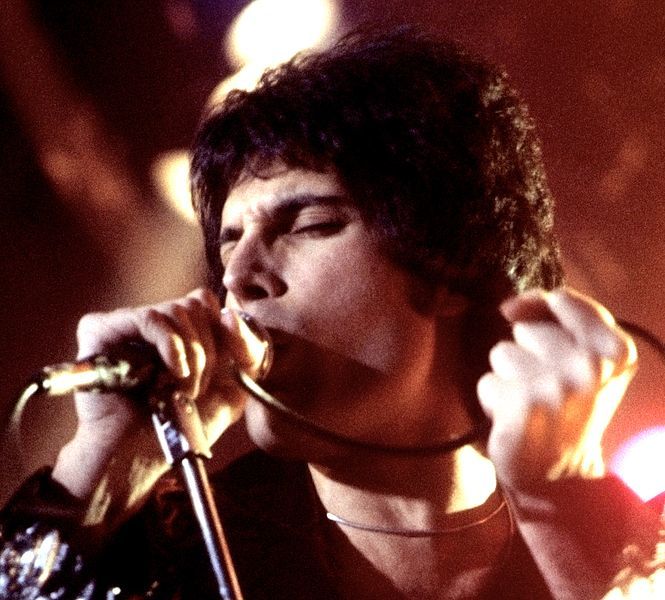 Based on vocal range alone, Freddie Mercury has to be the first name on this list. The Queen vocalist had a wide vocal range that remains unparalleled in rock music, spanning four octaves. He set the bar for vocals when it comes to classic rock, and it’s proven by the way he easily transitioned from singing high-pitched falsettos to lower and deeper notes.

Plainly stated, his voice wasn’t the type to depend upon frequent adjustments by synthesizers and whatnot. He was more than passionate about what he did, and he did it with such a force that even his medical problems towards the end of his lift couldn’t stop him from singing his heart out in 1990 when Queen was to record  “The Show Must Go On”. His sheer talent made him the greatest vocalist of all time, plain and simple. 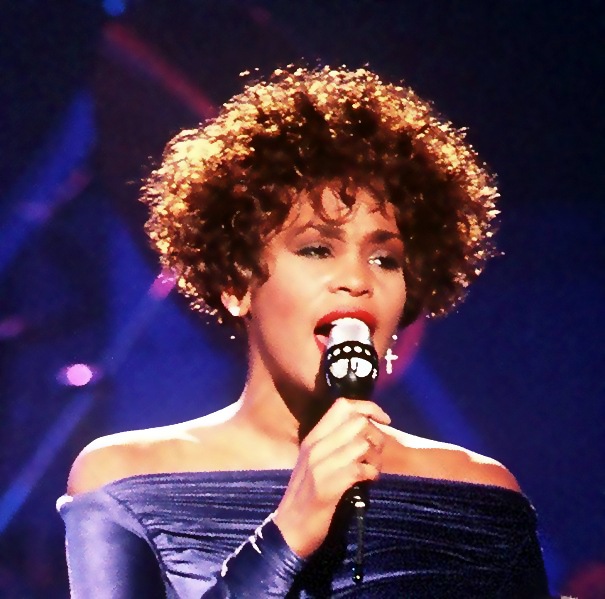 With a voice and face that was one-in-a-million, Whitney Houston made history as she touched the souls of listeners and more objectively, broke records as a prominent female singer. It’s no wonder that she gets a spot on any list featuring the best female singers of all time. Nicknamed ‘The Voice’, Whitney had a soul-captivating sound that could seamlessly shift from one octave to the other, on impulse. Yes, she didn’t even have to try.

She had record-breaking hits on the Billboard charts, such as “I Will Always Love You”, which was number 1 for over 3 months. It just goes to show that people born with musical talent like hers are bound to achieve stardom. Her tragic death was mourned all over the world but her music lives on, inspiring generation after generation of singers. 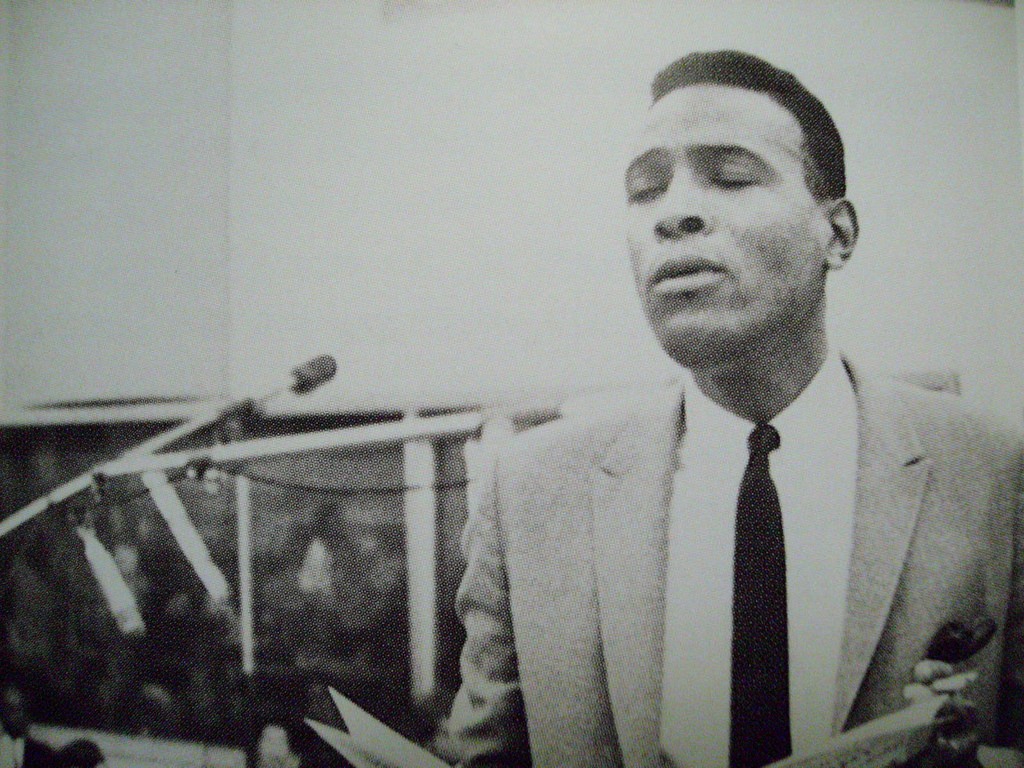 The Motown artist was a sensation with a unique voice. Marvin Gaye made no attempts to come off as charismatic or be part of the famous singers’ crowd, he simply performed that way. His voice is known for being intense, one that yearns for attention, for being so dynamic that it could range from a soothing hum to an epic falsetto, all without a slight dip in greatness.

The prime of his career began in the 1960s with songs that soon gained massive popularity. This included tracks like “I Heard it Through the Grapevine” and “How Sweet it is”. Despite being around in the same era as some of the best singers in the world, Gaye’s music was easily distinguishable from the rest and will remain in the hearts of people forever. 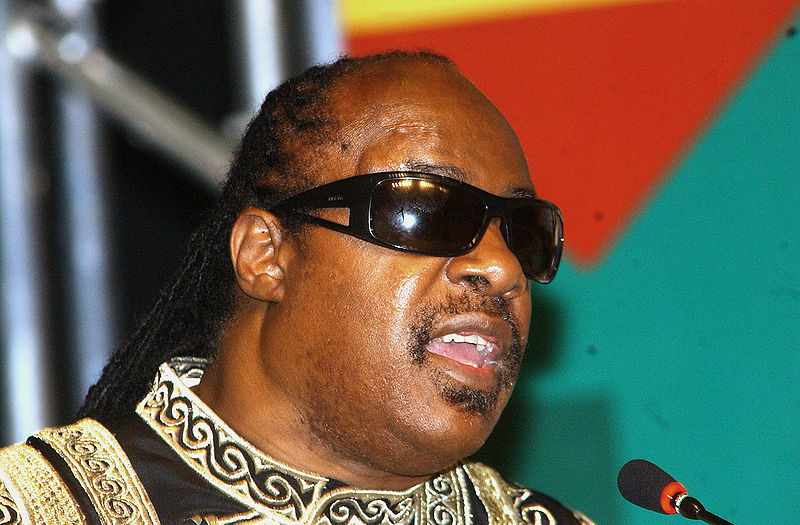 As a child prodigy, Stevie Wonder showed immeasurable talent, it was straight up overpowering. Decades later, the Motown Label artist regularly performs in front of an adoring audience. As an icon in the music industry, he displays more talent than just as a singer, which is no surprise for one of the greatest singers of his time.

He’s been flaunting skills on the drums, piano, and harmonica since decades and he shows no signs of slowing down as he performs hits like “I Just Called to Say I Love You” and “Isn’t She Lovely” at his shows. Encapsulated by his music, his feelings are true to the spirit and his voice speaks to the soul of a cheerful life that is within our reach. 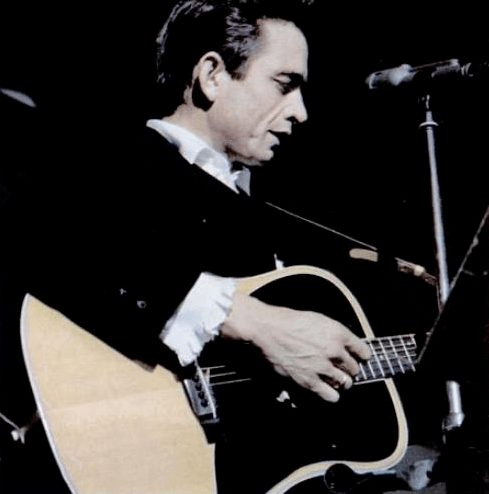 The record-selling singer and songwriter had a distinct voice that could be discerned easily from a crowd of howling and screaming country singers. He was calm and at ease, and it was with his blissful voice that he would put his audience in an otherworldly trance. His songs were a dynamic concoction of soothing guitar and impactful vocals. He could put feelings and meaning into any song, and bring out an unfounded perspective that was incomprehensible for its time.

As one of the staple voices that make up the American sound, Johnny Cash was a legend who proved himself as the greatest singer of all time through his music, which lives on and is still loved by the people. 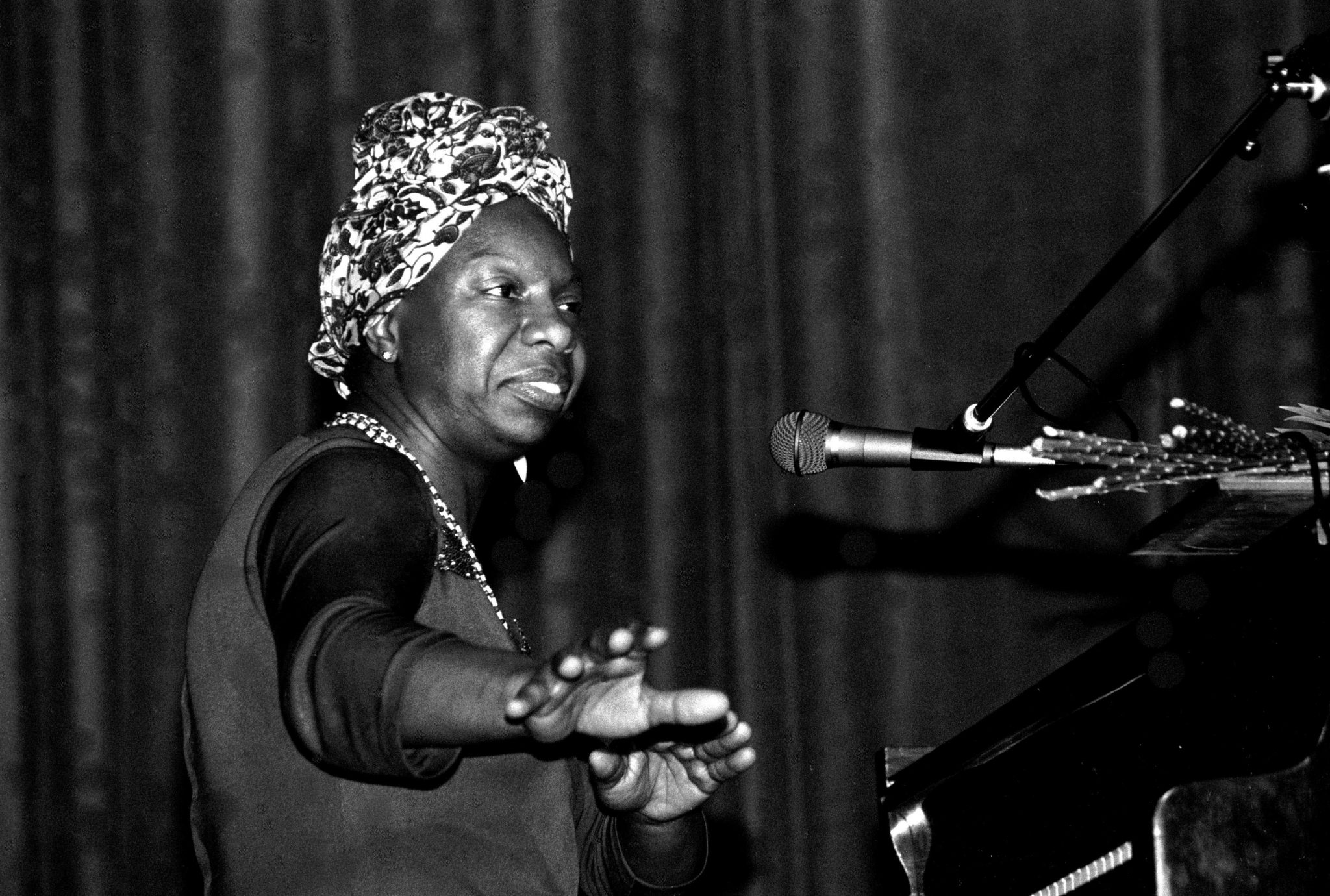 The civil rights activist and singer possessed the talent that was not limited to a specific field, nor was her vocal prowess of a specific genre. She was a songwriter, pianist, and arranger with a voice that could easily mold itself according to what she felt like singing, whether it was Jazz, the Blues or Gospel. With an unapologetic personality that accented her hair-raising vocals, Nina Simone was the voice of those who had none, making her far more than just one of the best female singers of all time.

Her music embraced victims of racial injustices in the South and songs like “Sinnerman” were familiar to their time as being the hymns of the people who saw justice as their savior but are now just a classic that one enjoys revisiting. 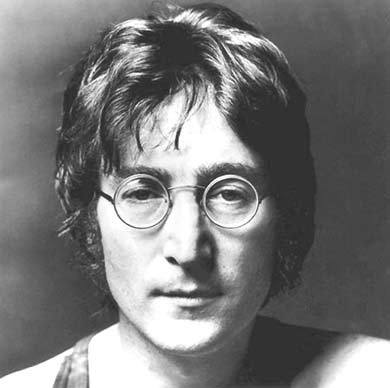 The Beatles vocalist did not have a perfect voice, but he nonetheless managed to revolutionize the music industry. It was not his smooth baritone that won millions of hearts, but the imperfections of his voice that challenged the standard as being rebellious and an embodiment of infectious youth.

Throughout the entirety of his career, he proved, time and again, to be a brilliant singer. Songs like “Imagine” and “Power To the People” made an impression unlike any other, and to this day, they still do. On the other hand, he produced songs like “Mind Games” and “Stand By Me” that crawled their way up the Billboard charts, making him a reigning artist with the best voice in the world. 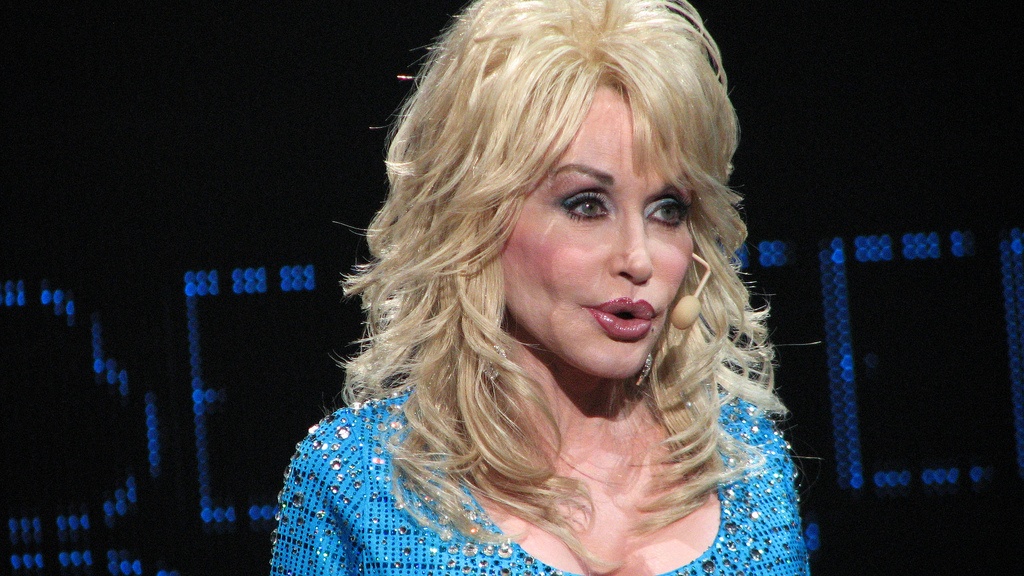 The acclaimed singer of classics like “I Will Always Love You” and “Jolene” is an icon that took country music to new heights. With a confident attitude and unwavering charisma, she took on a number of challenges in the industry as she established herself as an icon. With a vocal range that could span many octaves, she could instinctively manipulate her chords to release a sound that was angelic one second and then sharp with an unmistakable edge, the next. Her success as one of the best female singers of all time let her music cross the chart borders and landed her in the domain of pop music as well. 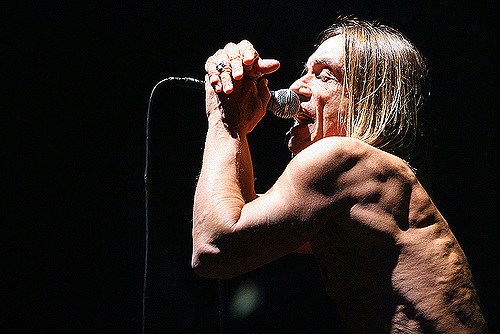 Known as the ‘Godfather of Punk’, Iggy Pop has left an astounding mark on the industry as a talented producer, as well as a singer. Starting out his career in a band aptly named The Stooges, and Fun House, the band’s first self-titled album. Despite not getting the traction it deserved, upon debut, Fun House was later part of the Rolling Stone’s list of 500 greatest albums of all time.

After The Stooges disbanded, his career skyrocketed when he met David Bowie, a famous singer at the time, and produced an album with him. His songs, including “Passenger”, and “Lust for Life” all made a significant contribution to his career as the best male singers of all time. 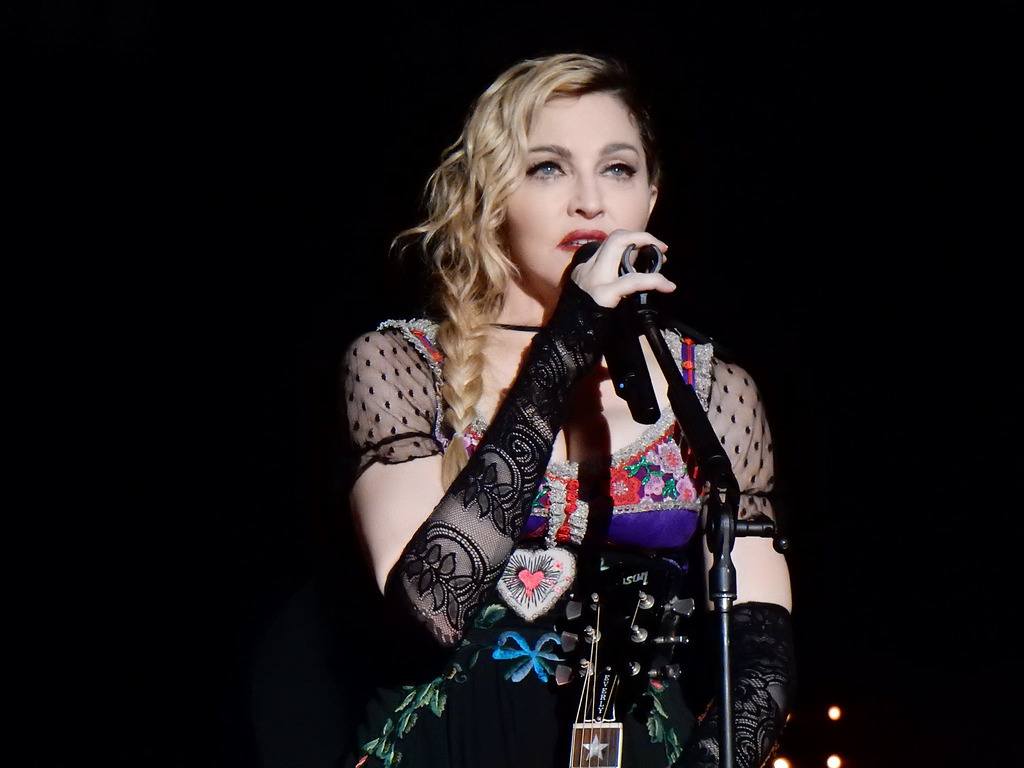 While there is much speculation over whether Madonna actually qualifies for a title such as the greatest singer of all time, it can’t be argued that the audience’s love for her as an entertainer defies all else. She holds the record for the largest number of hits on Billboard’s Top 10.  Songs like “Take a Bow”, “Papa Don’t Preach”, and “Crazy For You” have topped the Billboard charts decades apart and she still manages to come out on top. Needless to say, if these wins and the number of her adoring fans don’t make her the reigning diva of pop, nothing will. 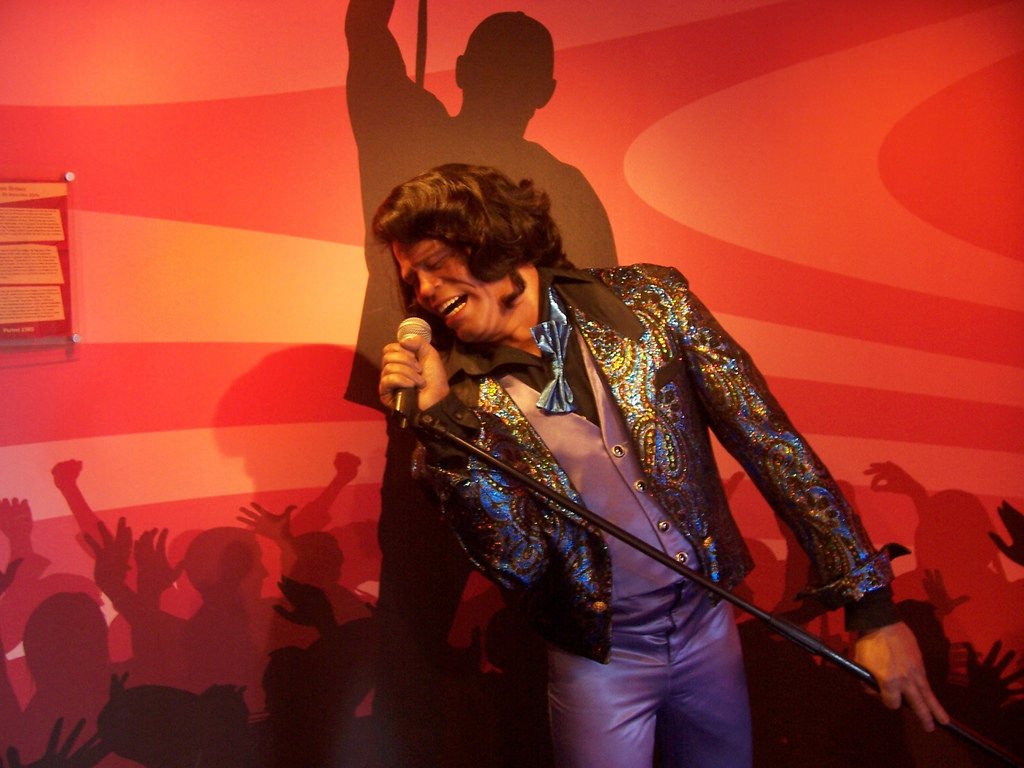 Known for his electric presence on the stage, the only thing that equaled James Brown’s dramatic vocals was his extravagant performances, worthy of an entertainer considered the most popular singer of his time. He was aggressively energetic and during the prime of his career, he ruled every stage he set foot on, even if he was sharing it with The Rolling Stones in the next sequence.

His explosive, on-stage persona doubled the effect of his powerful voice. His songs such as “I Got You” and “Living in America” took up spots on Billboard’s Top 10, and his glorious era is what created the likes of legends like Prince and Michael Jackson. 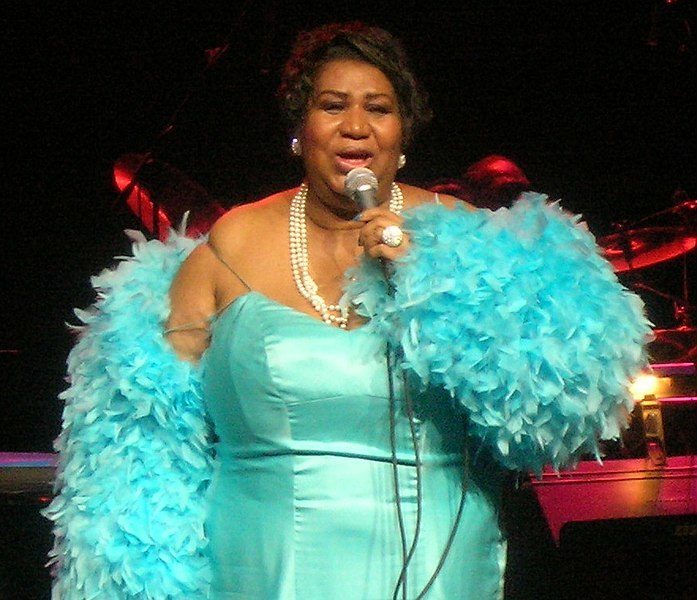 Dubbed the Queen of Soul, Aretha Franklin began singing much earlier than when she first set foot in the industry. Part of a church choir at first, she broadened her horizons from gospel to soul and cemented herself as one of the most prominent female singers to reach an epitome of success in her era. She held an earth-shattering record of the most Billboard Top 10 hits by a female singer, for a period of almost 40 years. She did so with hits like “I Knew You Were Waiting”, “Until You Come Back”, and “Respect”. 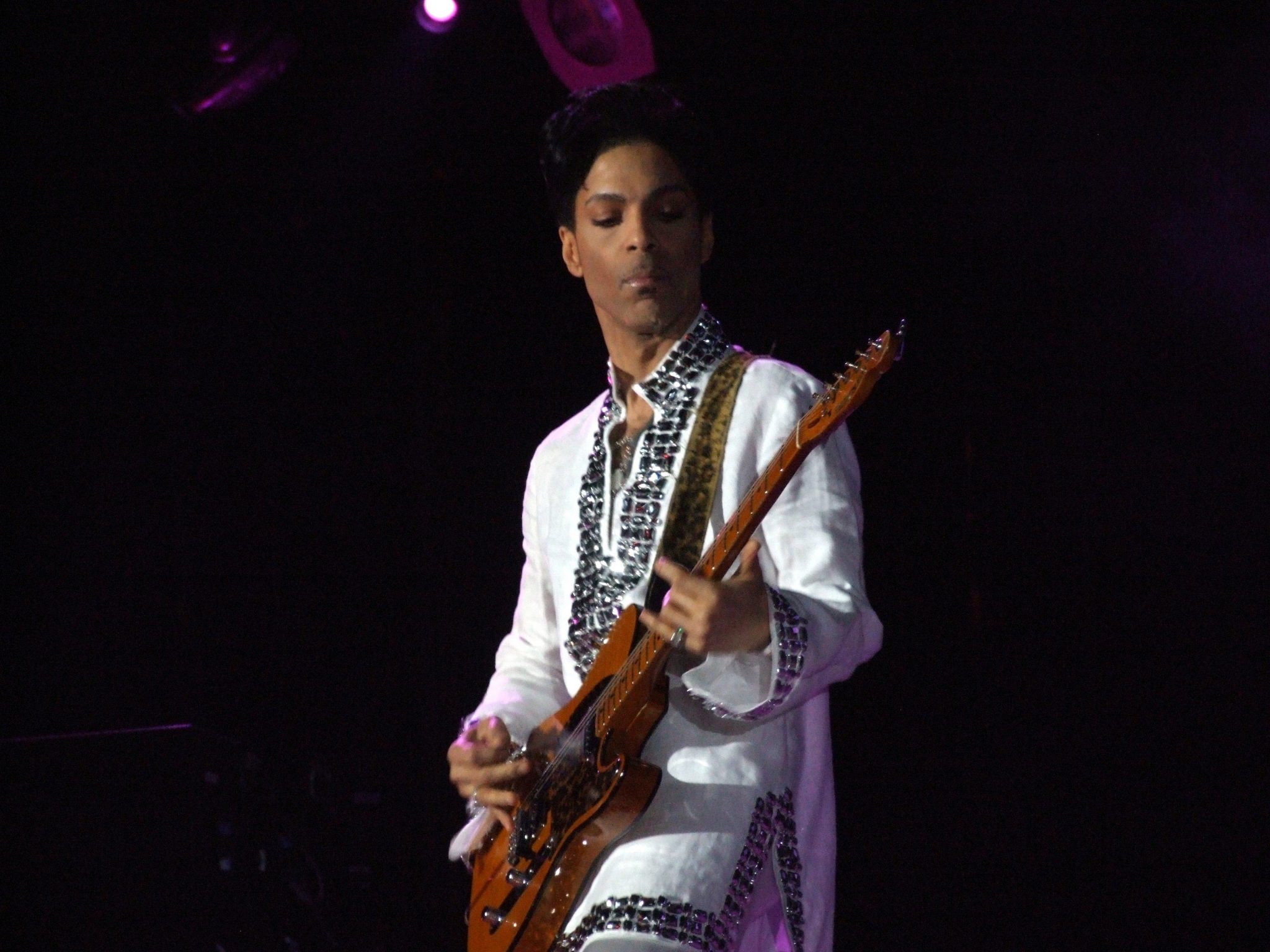 Celebrated for his flamboyant style and glamorous stage presence, Prince was a different being altogether. He didn’t need to persuade anyone. He was unapologetically himself and that’s exactly what made the audience want him more and established him as the greatest vocalist of all time. While most singers can only get so far without proving their talent, Prince took his career to new heights using his blatantly eccentric personality.

Unlike other artists that aimed to please their fans, Prince wrote his music the way he wanted to, as it pleased him. No wonder he ranked number 1 on the Billboard charts with “Let’s Go Crazy”, “Kiss”, and “When Doves Cry”. 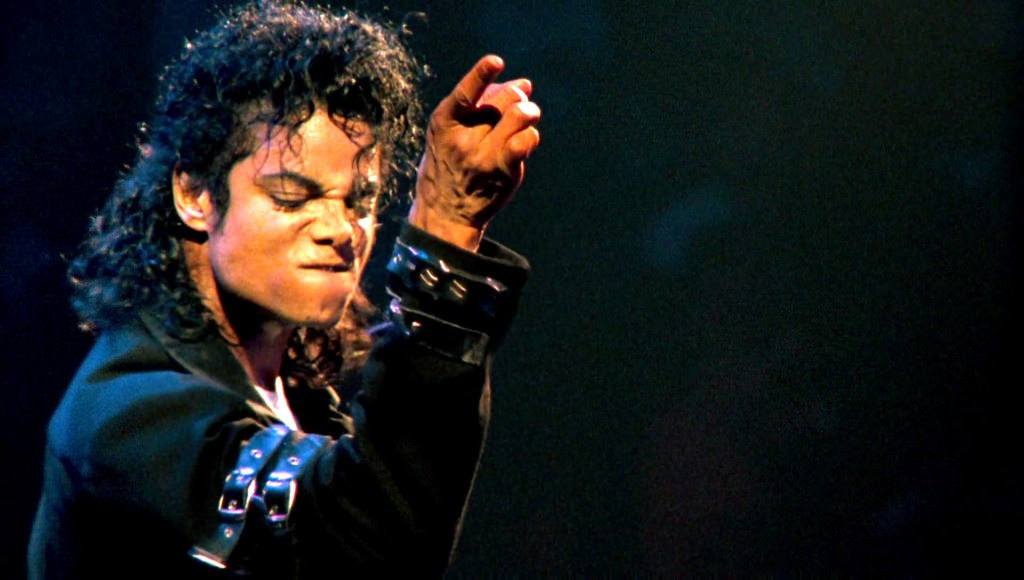 If any person was asked who is the best singer in the world of all times, there’s a high probability that they’d say ‘Michael Jackson’. He had the moves, the style and the voice which made the world crown him as the ‘King of Pop’. Everything about his performances was definitely a new page in the history of music, whether it was the way he danced or the way he dressed, everything contributed to creating the new age of Pop music. He was the king, and he ruled the stage up until his untimely death in 2009.

However, his music continues to inspire generations of young artists and performers. He dominated Billboard charts with hits like “Billie Jean”, “Rock With You”, and “Beat It”; it’s no surprise considering that it was the work of the greatest singer of all time. It won’t be a stretch to say that Michael enjoyed more popularity than any other singer and performer at any point in history. The world has never and will never see another like Michael Jackson.

With this, we conclude our list of the best vocalists of all times. Moreover, no modern era singers make the list, but that’s for a reason. This is the age of auto tune and overproduced vocals. The legends mentioned above managed to deliver remarkable vocals on song after song without any gadgets or tools doing the heavy lifting. This fact alone puts them a notch above any singer active today, though a few will come close.

Nonetheless, when you listen to the music these great singers produced in their careers, you will have a great time. You are likely to find new favorites and might even start appreciating genres that you usually don’t listen to.