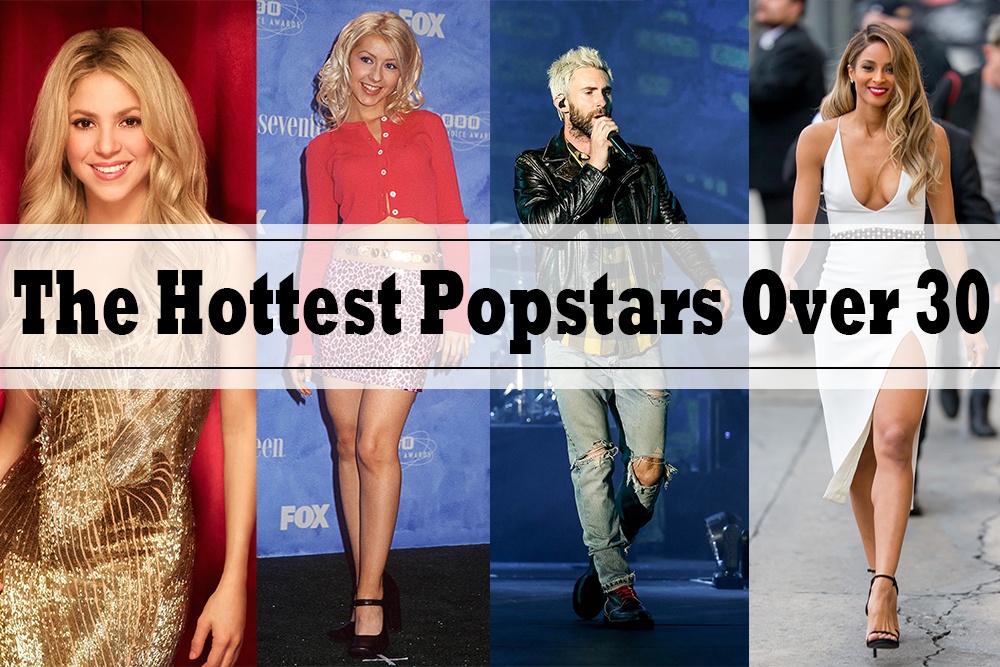 Some pop stars continue to prove that age is just a number when it comes to the music industry. A number of young singers have found fame in recent years, but a few old guns are still going strong and it seems unlikely that they will slow down any time soon. There’s a misconception among fans that pop artists have a short burst of success and their hype usually dies down as they enter the 30’s. However,  here we have 15 pop stars that continue to give the music industry, musical gems. Here’s a look at the top 15: 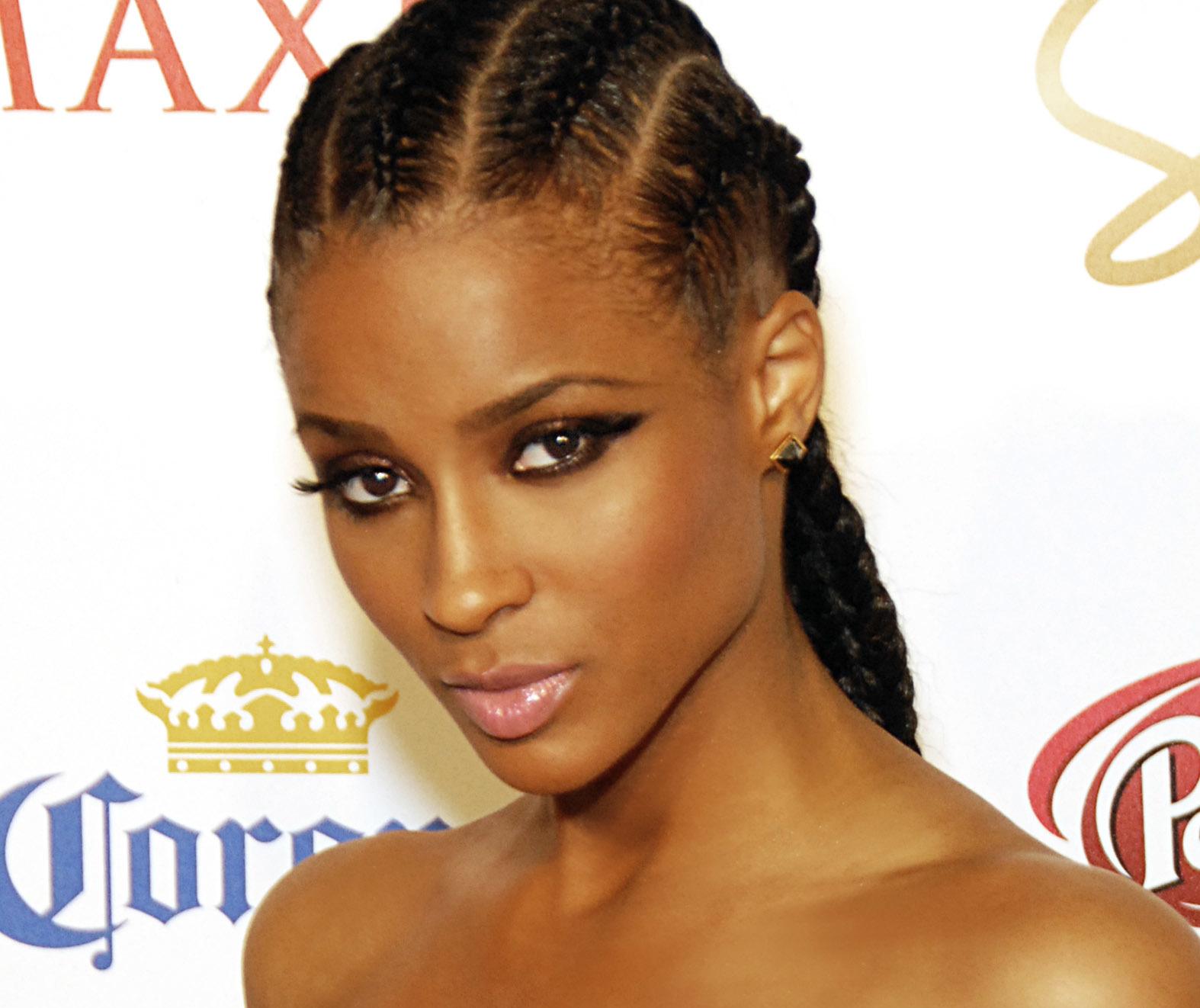 The American pop star turned 30 on October 25 last year and shows no sign of aging. Ciara is considered to be one of the hottest female singers ever. She won the audience in 2004 with her debut album Goodies. The album featured three top 5 Billboard singles. She is also a songwriter, producer, and a dancer and due to her exquisite physical appearance, she has a strong modeling career as well.

Ciara also walked the ramp at the Paris Fashion Week and Tom Ford NYFW, showcasing her near perfect body. Her good looks mean she has also found limited success as an actress. She has special appearances in movies such as ‘All You’ve Got and ‘That’s My Boy’. Her songs, Never Ever and Oh achieved considerable popularity and remain fan favorites. The versatile pop star is popular for her fit and toned body. 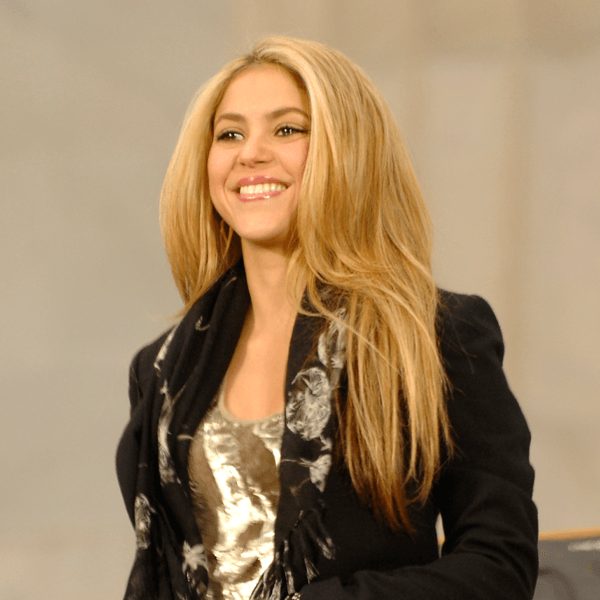 The veteran in pop music has still has the flair and drive which has made her quite famous around the world. Dubbed Colombia’s finest export, Shakira has had her share of smash hits, attracting fans across the globe. Her breakthrough album in English, Laundry Service, her fifth album overall, featured numerous songs that achieved success.

Tracks such as Whenever, Wherever, Hips Don’t Lie and Loca are some of the most popular tracks admired by her fans worldwide. Waka Waka, which was the anthem of the 2010 FIFA World Cup, is also an example of her prowess to transcend genre and cultural boundaries. Her attractive body along with her mind-blowing dance moves is her trademark, which have also made her a prominent figure in the industry. Her famous blonde hair and fashion sense contribute to her striking figure, making her one of the hottest pop stars in the world. 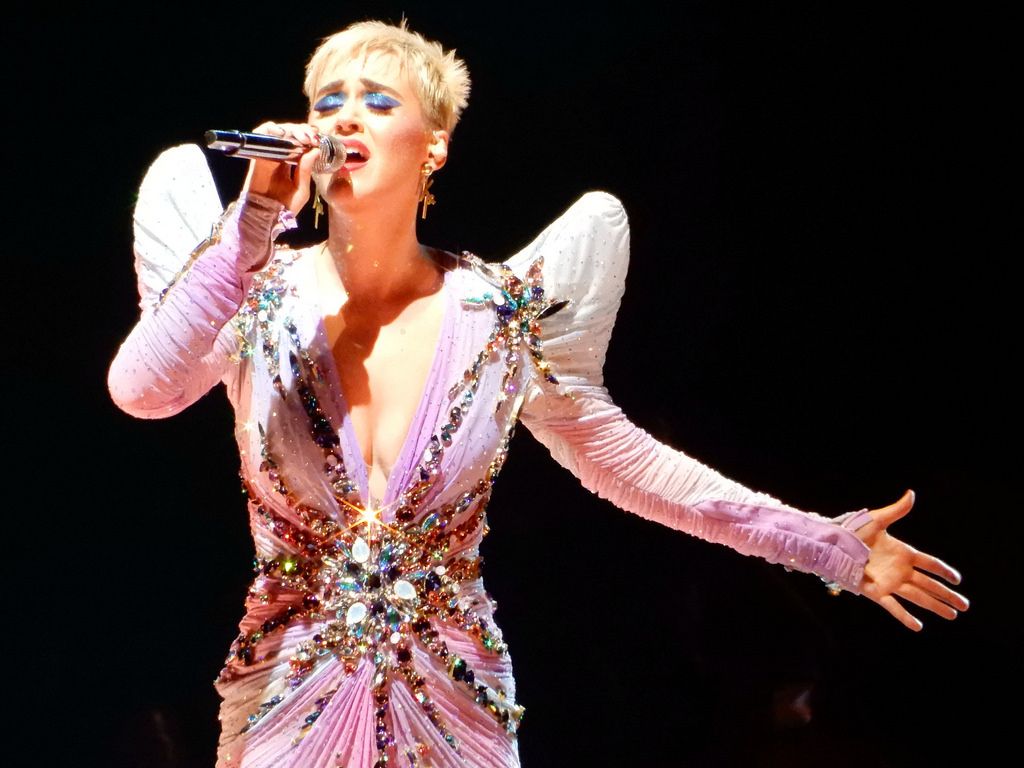 Ranked #1 on Maxim magazine’s Hot 100 Women of 2010 list, Katy Perry has still got it in her. Her songs are inspirational for her fans and admirers. Her recent albums have been largely successful due to the induction of a contemporary style. Her list of albums includes Witness, Teenage Dream and Prism, and has contributed to her popularity in the industry.

According to her fans, her black hair and blue eyes and smart body are the main attractions, making her one of the hottest in the business. 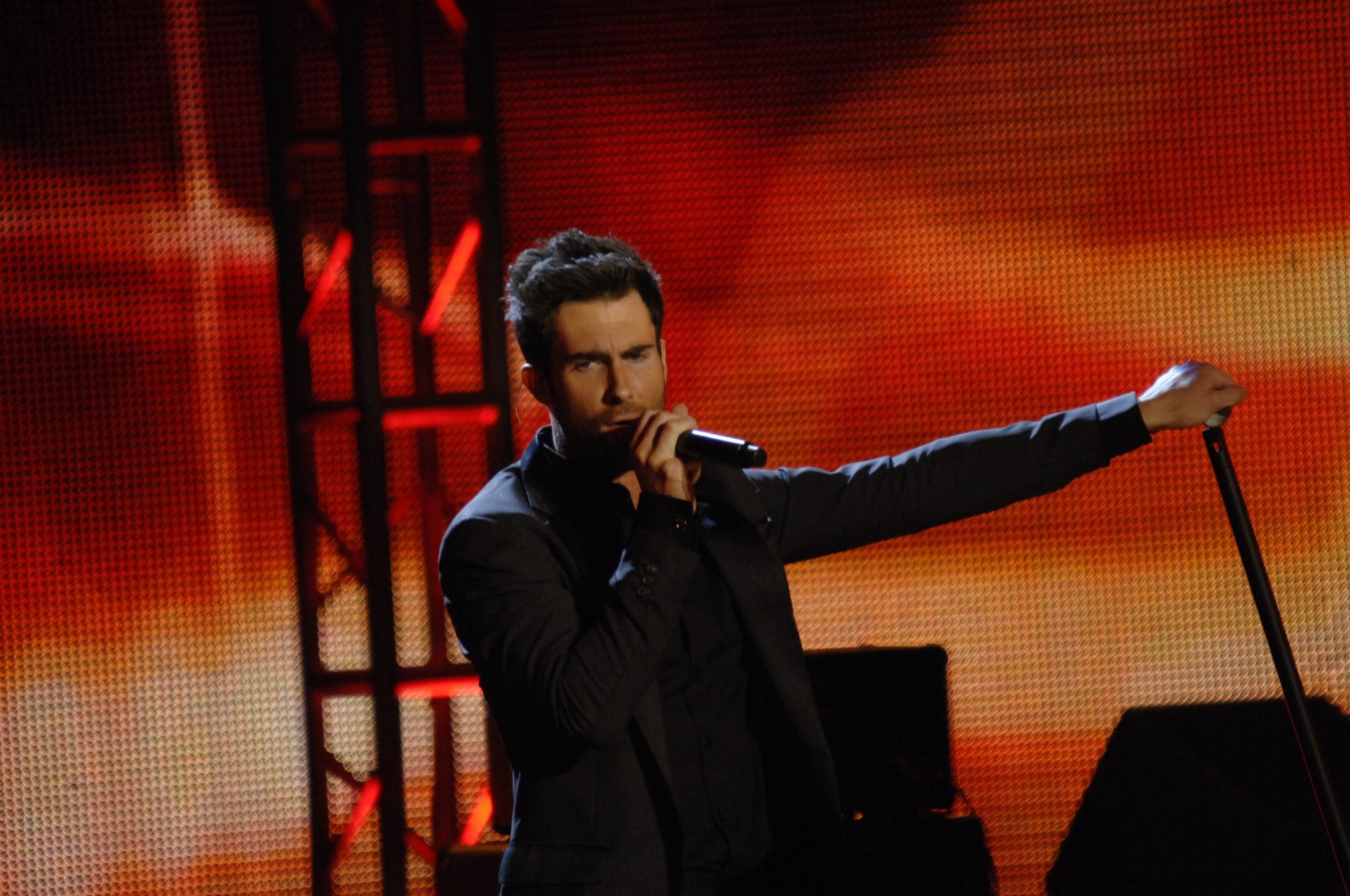 The renowned artist, who is the lead singer of Maroon 5, is considered one of the hottest properties in pop music today. She Will Be Loved, Sugar, Animals and Lost Stars are some of the best songs from Levine. His tattooed body and the sensual dance moves make him a worthy addition to the list of the hottest pop stars.

He has been a popular public figure in the industry for several years now. He was named Sexiest Man Alive by People Magazine in 2013. His appearance on The Voice took his popularity to the next level, and he has also appeared in movies. 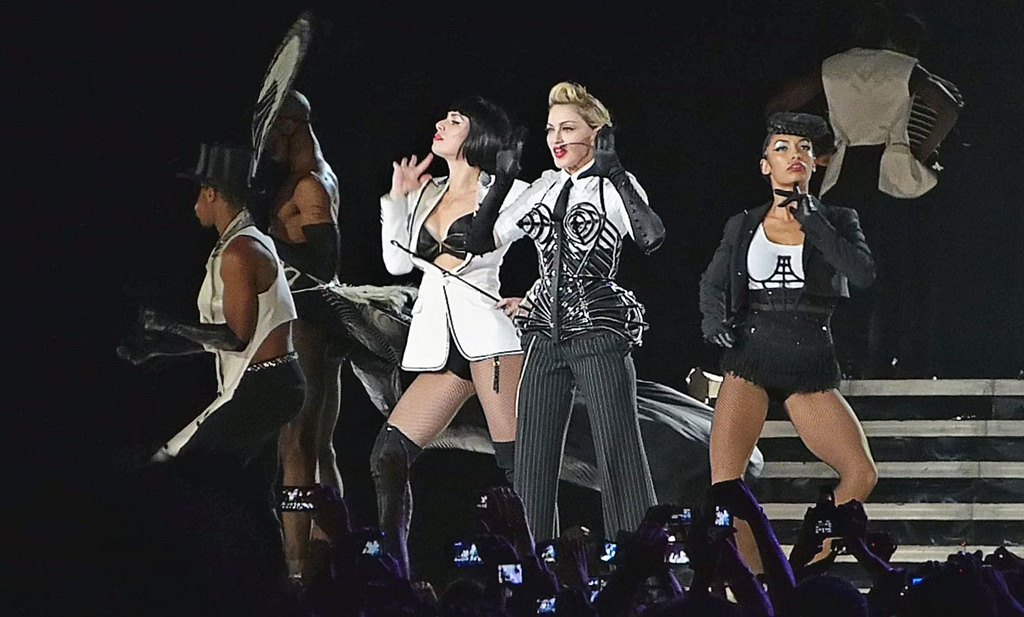 The ‘Queen of Pop’ since the 80s is still considered one of the most beautiful women in the world. Despite her age, Madonna has managed to take good care of herself, earning her a place among the hottest pop stars in the world.

Madonna is currently ranked #1 on VH1’s 100 Sexiest Artists, which contributes to her popularity alongside her influence in pop music. Vogue and Live To Tell are examples of the tracks that earned her the title of Queen Of Pop. She is known for her ‘killer abs’ and perfect body structure, giving her a certain spot on our list. 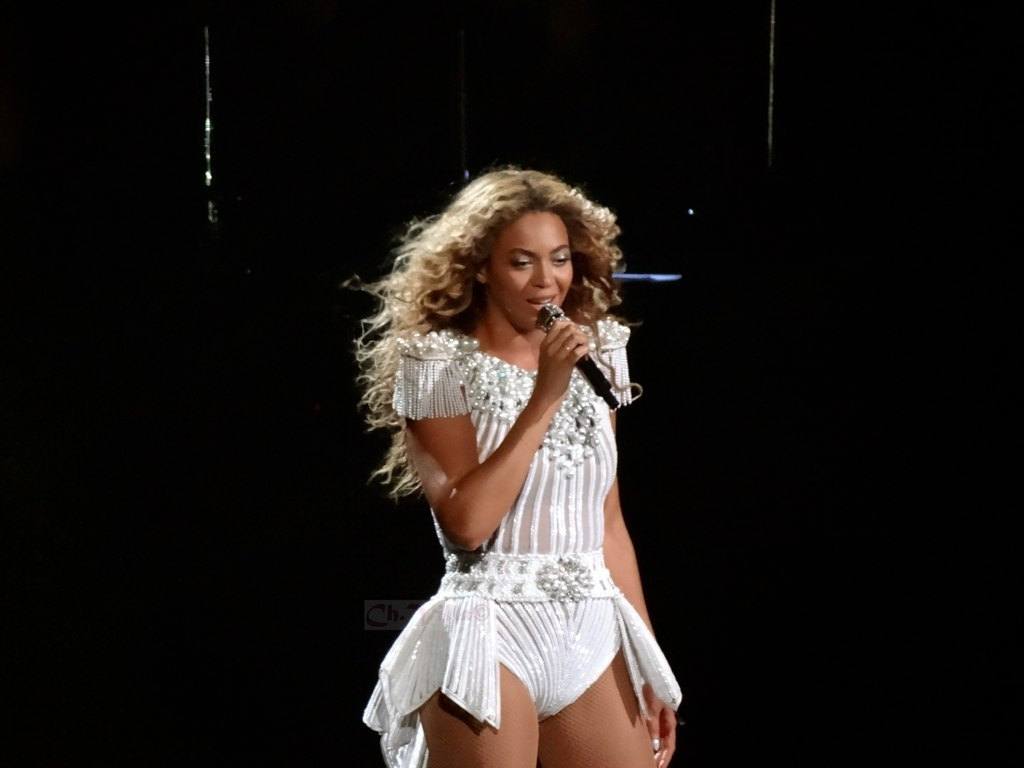 This top ranked artist is one of the most recognized personalities in the industry along with her spouse Jay-Z. She rose to fame through her short stint with Destiny’s Child and since the breakup of the band, she has established herself as a successful pop star.

Beyonce has a large fan following worldwide, thanks to her looks and her on-stage performances. Her performance on Dangerously in Love has also supported her rising fame due to her attractive physical features. She was named AskMen.com’s Sexiest Woman of the Decade from 2000-2010, which means she is a bona fide inclusion on the list of the hottest pop stars in the world. The veteran artist has shown no signs of slowing down with her delightful music productions, which are a treat for her fans. 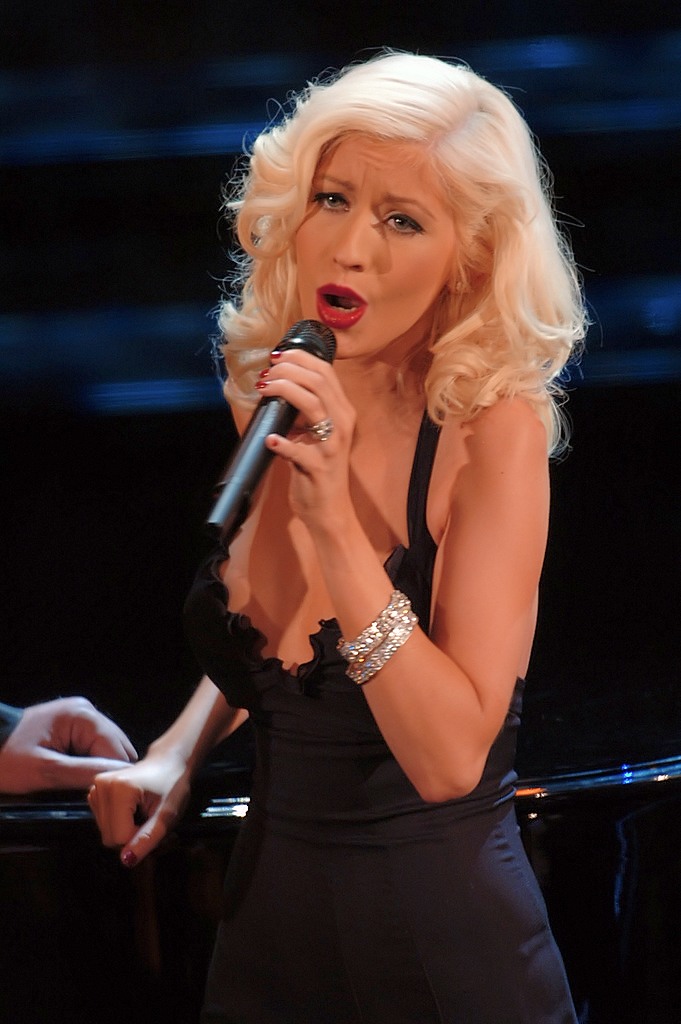 Also known as the Pop Princess by admirers, Christina Aguilera has a special place in pop music. She has had various albums on the top of Billboard charts and now is a well-known television personality.

Her beautiful figure has guaranteed her inclusion in various magazines as one of the hottest women in the industry. She was ranked #15 on Maxim magazine’s Hot 100 Women of 2014 list, which automatically gives her a spot among the hottest pop stars. Numerous songs, including Hurt and Genie in a Bottle, have contributed to her fame and made her one of the most iconic contemporary pop stars alive. 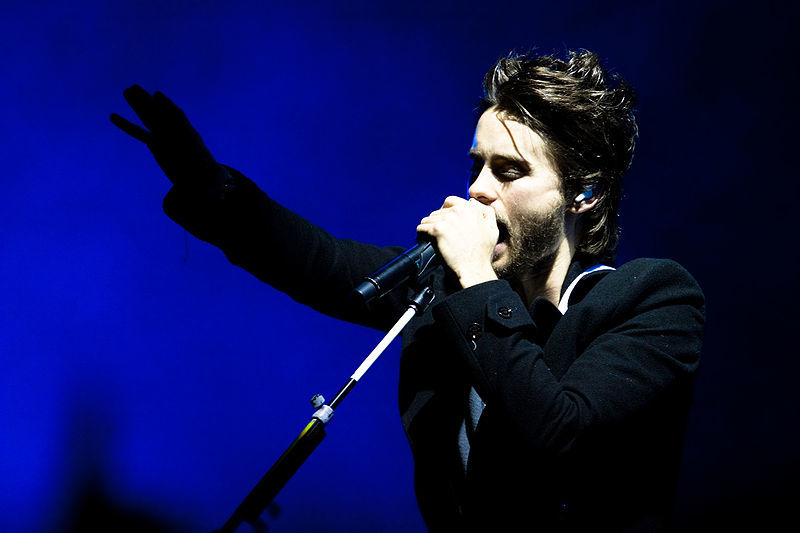 He is now a familiar face in Hollywood after he won his first Oscar for Dallas Buyer’s Club. Along with his brother, he is the founding member of the rock band, 30 Seconds to Mars.

He has been claimed to be one of the most beautiful people alive by numerous publications and platforms. PETA also named Leto the “Sexiest Vegetarian Alive” in 2014, which indicates his popularity in the industry. 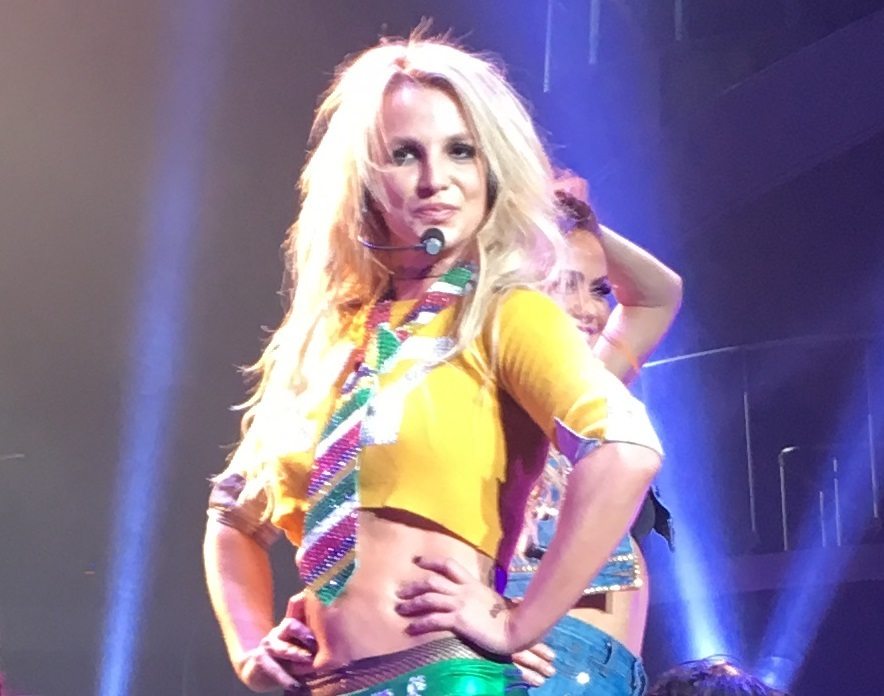 Oops… I Did It Again and Cinderella are examples of some of the most iconic tracks produced by one of the hottest pop stars in the world, Britney Spears. There have been some other wonderful tracks as well such as The Hook Up and My Baby have contributed to her legendary status in pop music.

Her on-stage performances have gained her a lot of fans who also admire her for her attractiveness. She was named the “Sexiest Songstress” by Victoria’s Secret What Is Sexy in 2012, which further explains her inclusion in the list of hottest and admirable pop stars over 30. 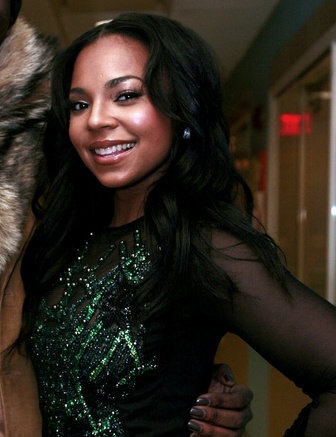 A teenage singing sensation of her time, Ashanti is a renowned singer, songwriter, and actress. Her best songs include Foolish, Baby, and Good Good, which was also one of her earliest releases and gave her a much needed boost. In 2002, she rose to the top of numerous record charts, resulting in her being included in the Lycos’ Top 10 Female Searches (Ranked: 17) in the same year.

Apart from her role in music, she is also admired for her stunning figure and good looks. She also made it to the list of FHM’s sexiest women in both 2003 and 2004. She was also included on other platforms as well as ranked #63 on VH1’s list of The Greatest: 100 Hottest Hotties in 2004. 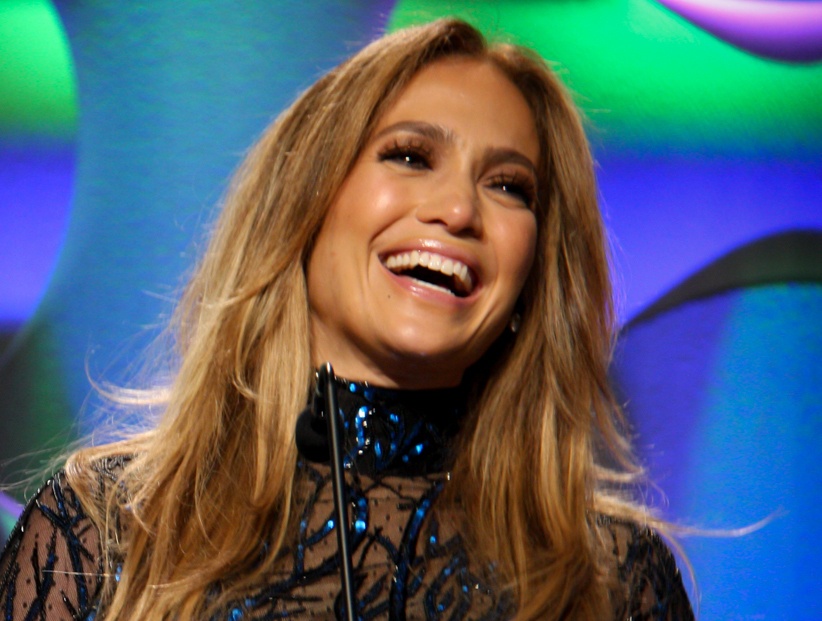 Also commonly known as JLo by her admirers and fans both inside and outside the industry, Jennifer Lopez is still young in terms of her looks and her music. She has carved a new path for newcomers interested in contemporary music. JLo is generally known for her vibrant live performances as well as for appearing on American Idol as a judge.

Her beautiful body shows no sign of aging and from the beginning of her career, she has been admired for her attractive figure. J. Lo was Voted #1 in FHM’s 100 Sexiest Women list in 2001 which was just the start of a successful journey for her. She is the only woman to be named the Sexiest Woman in the World twice by FHM magazine.

JLo has produced some entertaining songs for her fans. Some tracks that have been termed as her best are On the Floor and Dance Again. She also collaborated with ‘Pitbull’ and Claudia Leitte to produce the official anthem song for the 2014 FIFA World Cup in Brazil, We Are One. Despite her age, JLo has a permanent place on the list of the hottest popstars aged over 30. 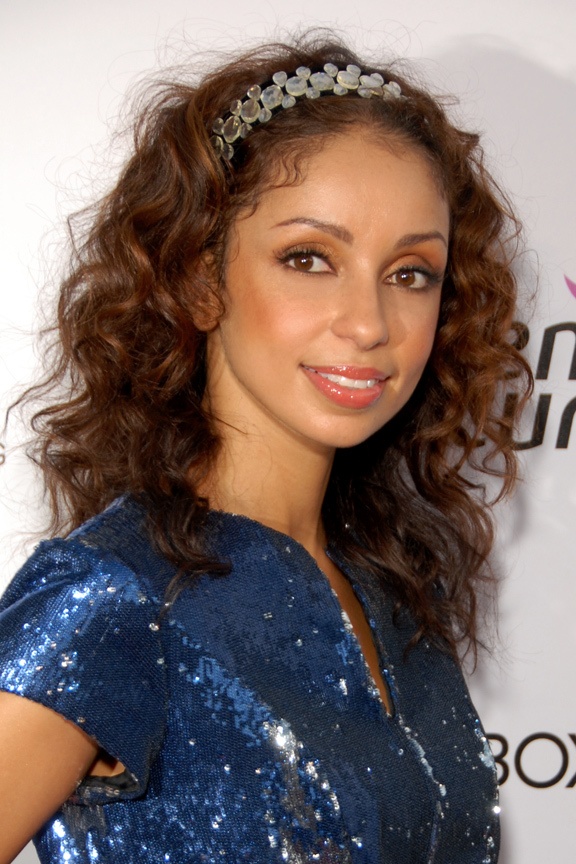 The veteran pop star started out as a tap dancer and since then has become one of the most admired pop stars in the world. Fear of Flying and Mýa are her most popular albums. The Best of Me and the Case of the Ex are some of her special tracks which brought her fame in the earlier stages of her singing career.

She is admired for her beautiful figure. Mya was included in the list of Rap-Up 50 Sexiest Women in Rap and R&B in 2001 where she was ranked #8. She was also included in the Real Access Top 24 for 2004, which makes her a worthy addition on this list. 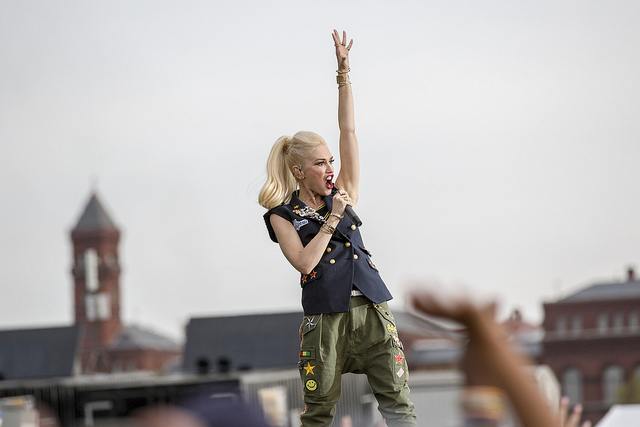 It would certainly take a big blow for Gwen Stefani to back out. Despite being one of the oldest pop stars today, she keeps going. After a successful period in the music industry with some amazing tracks such as The Sweet Escape and Cool, she has transitioned her career. She is now a renowned fashion designer.

She launched her fashion line, L.A.M.B, in 2004, which includes a blend of many cultural fashion trends. According to her admirers, her platinum blonde hair along with her dark eyes are the most attractive features of the pop star. She was named #40 in FHM magazine’s “100 Sexiest Women in the World 2006.” She is still considered as one of the most attractive pop stars at the moment. 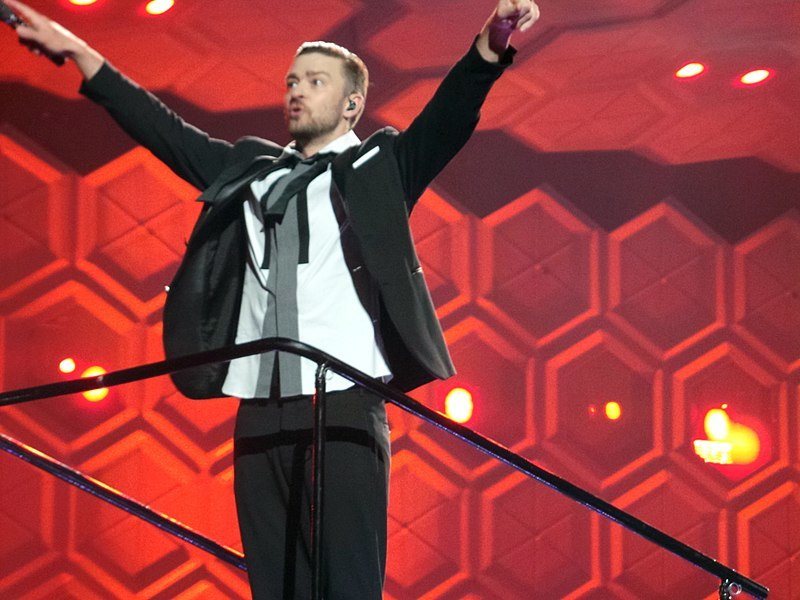 Justin Timberlake is a household name. In fact, even people who aren’t his fans know him for his success as a singer and actor. He is known for on-stage dancing skills and his physical appearance which earns him a worthy spot on this list.

Cry Me a River and Sexyback are among Timberlake’s hottest hits. Apart from his acting and singing skills, Timberlake is popular for his attractive features. Back in 2007, Elle (France) Magazine named ranked him #2 their “15 Sexiest Men” poll. His popularity soared when he appeared in the Oscar-winning movie, The Social Network. 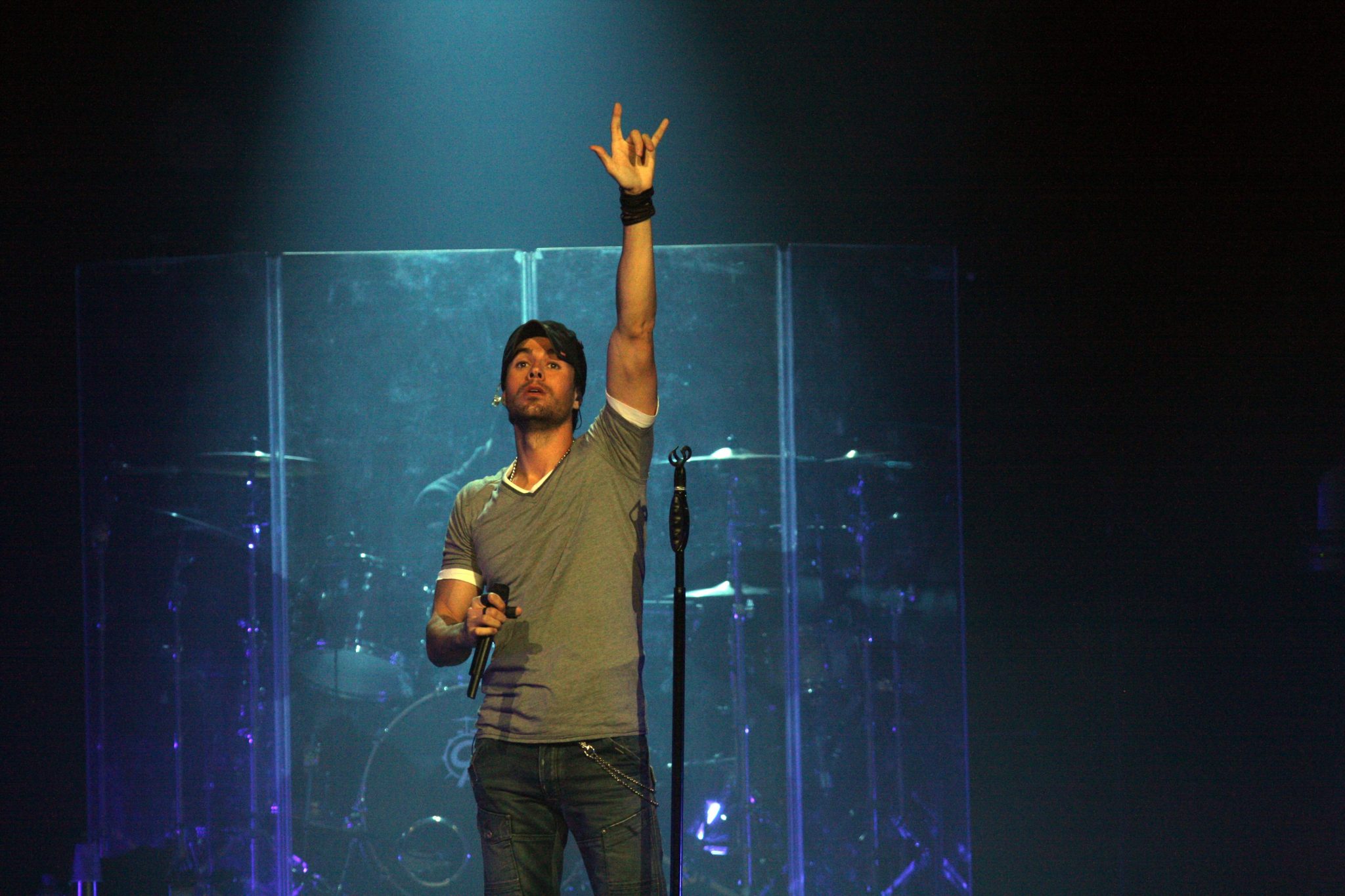 Son of Latin singer Julio Iglesias, Enrique achieved early success for his sensual voice. Over the years, Enrique’s music earned him millions of fans worldwide. His most popular hits include Bailamos, Away, and Hero is considered as his best songs based on sales and recognition worldwide.

He has received admiration for his physical features and is known for his athletic body. Enrique is #44 on VH1’s 100 Sexiest Artists, which gives him a deserving final spot on this list.

There are other numerous artists who have millions of admirers around the world for their music productions and their attractive qualities as well. The list includes the nominees selected on basis of popularity and recognition in the music industry. Of course, you might have some favorites who you feel might be worthy additions to this list!

The Top 10 Best Condenser Microphone in 2018