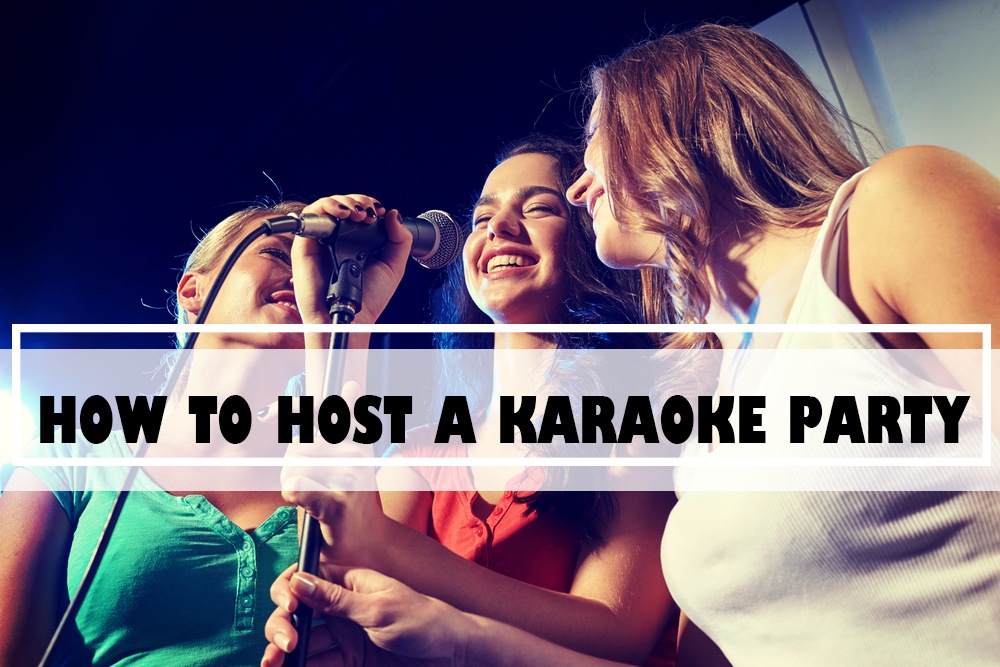 Everyone knows what Karaoke is, but it’s surely not everyone’s cup of tea. To play, you need to have a lot of confidence and charisma so that even if you don’t sing well, you can make up for it with style. The concept of the karaoke party originated in Japan as an interactive activity in which people sing along to the instrumental of a popular song and they have a trend of mostly doing this in private party rooms. 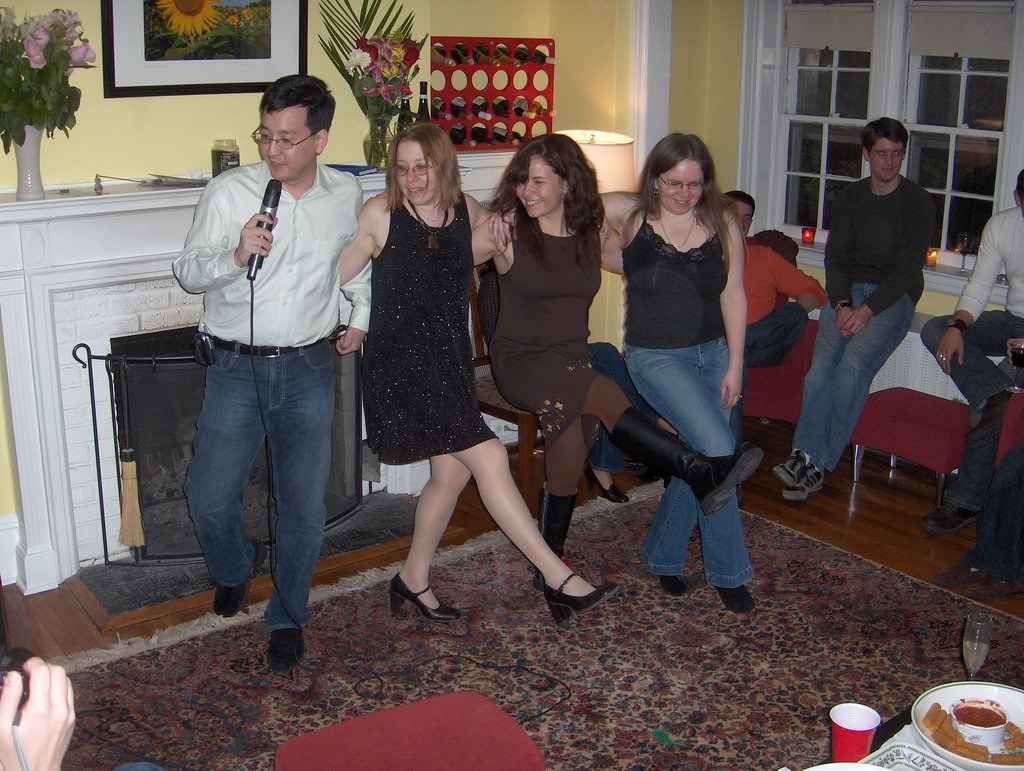 Most people think of karaoke party USA as a form of catharsis and letting loose, especially if there’s alcohol involved. Unfortunately, private karaoke rooms aren’t common in small towns or it’s likely that they’re far from your neighborhood. In these situations, you can instead opt to throw a karaoke birthday party at your house. It’s become easier to do so since you may already have most of the things needed to hold a party. Here’s what you need to throw a great karaoke party USA:

What You Need For a Karaoke Party at Home 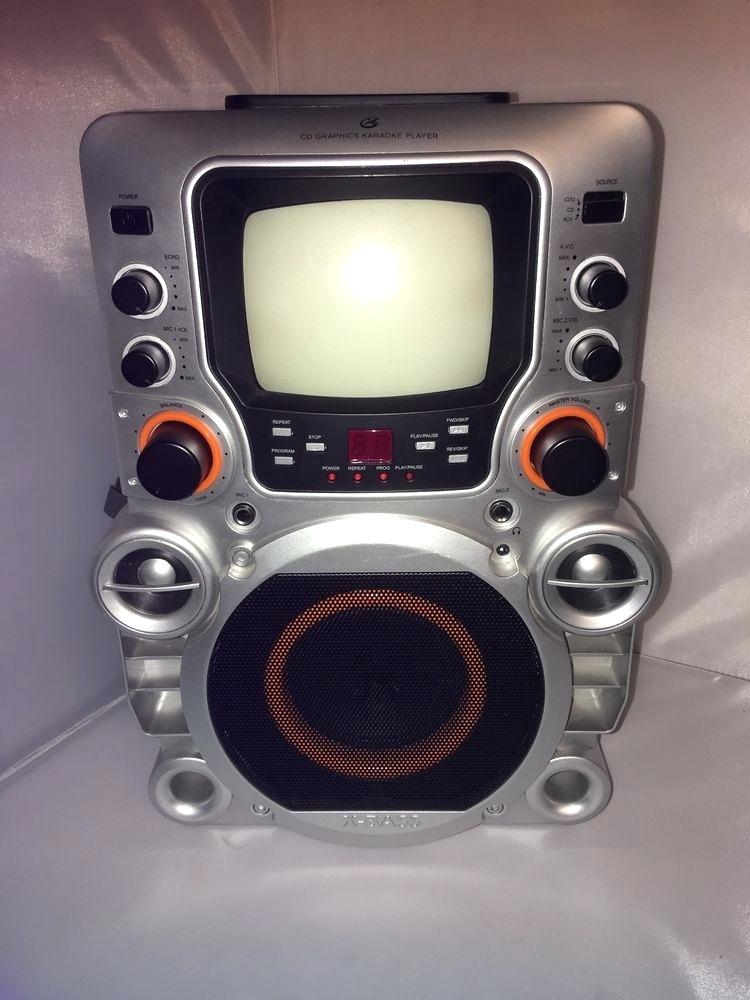 Long gone are the days when karaoke party machines were big and bulky because you can get smarter versions for a great price with much better features. Many models already come with libraries of songs installed. Don’t worry, all the latest hits are included so you won’t be stuck with songs you haven’t heard of.

Karaoke machine even have more than two inputs for microphones. Hence, your friends can join in whenever someone’s feeling nervous or when you’re all just feeling like singing as a group. Some of the latest models have advanced features like connectivity through Bluetooth and USB ports and built-in speakers. However, you’ll probably need more stereo power if you invite a large number of people to your party.

In case you’re using an older karaoke party machine with CD insertion, you can order from party time karaoke because they offer many options and themed versions as well. Latest versions of karaoke machines have built-in screens for lyrics but if yours doesn’t, you can connect it to your TV for viewing the lyrics.

If you don’t have the budget to buy a home karaoke system, or you simply won’t throw a karaoke party USA that often, you can simply use an application that’s available on smart devices. These subscriptions for karaoke are pretty affordable and the price of most packages is less than that of a karaoke CD, which is usually available for about $10.

There are plenty of services, websites, and applications, like Redkaraoke, which is popular among enthusiasts since it’s a karaoke party online. These subscription services allow you to use smart devices such as computers, tablets, and smartphones instead of a complete karaoke player. Also, once you’re done using the application, you can cancel your subscription.

These services are easier to use than traditional karaoke machines since you don’t have to deal with browsing through a limited list of songs. Additionally, you can enjoy having the lyrics on screen as well because of wireless streaming with the help of such services i.e. Amazon Fire TV, Google Chromecast and Apple Airplay. Within each karaoke application, you can access settings and features to personalize the sound. 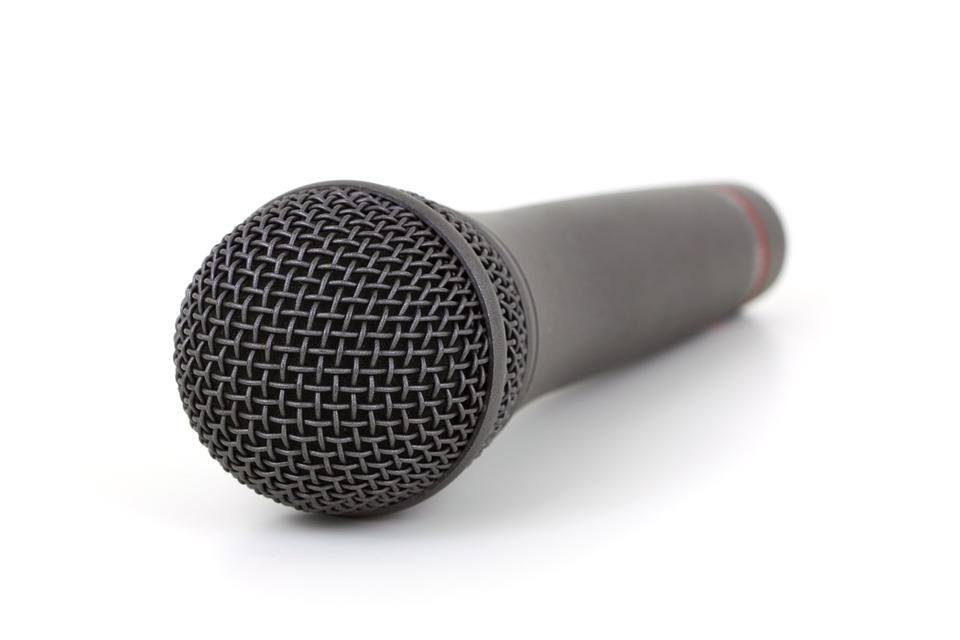 If you’re chilling with a few friends, singing acoustic can be fun and even a little easy but in a living room full of people, it’s likely that people won’t be able to hear you without a mic. Therefore, you need to invest in good microphones, and get at least two of them so your nervous friends won’t have a hard time singing their favorite song.

Also, duet songs are always the most entertaining part of any karaoke party because it gives best friends and couples a chance to show how well they sync. Even if you intend to have one person sing at a time, having a spare always helps in case one falls and breaks or stops working. This can literally save a party from ruin.

Expensive microphones usually have the qualities of the kinds used in recording studios but you won’t need those unless you’re willing to hold a karaoke party often. The bare minimum for a karaoke birthday party is a pair of two well-built microphones that can deliver good quality.

If you’re on a budget, wired microphones are a good option because they’re affordable and are easy to set up. Simply plug them in and play your music. However, these can be a little risky to use if you have a crowd at your party. This is because people can trip over wires if they’re walking around or dancing and are not careful.

If you want free movement and dancing without the risk of tripping over wires, you can spend money on wireless versions to increase mobility. While this is a plus, wireless mics are more expensive than their wired counterparts. Moreover, you need to spend more time to set them up. 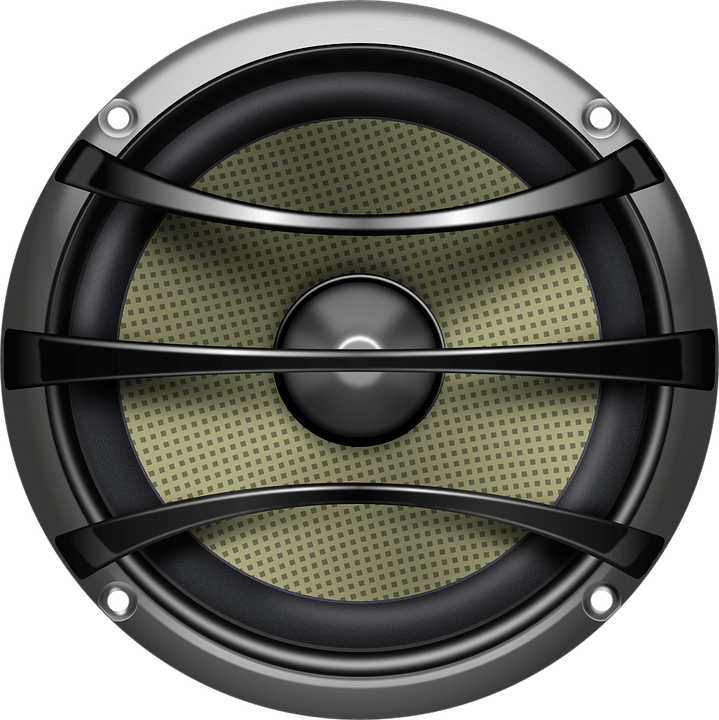 A karaoke birthday party is not complete without a proper sound system to deliver a great experience. In this case, even portable speakers will do a better job if you connect it to your phone but a high-quality stereo system will give amazing sound quality, which is a plus if many people are attending your karaoke party.

You can connect a Bluetooth or portable speaker directly to a smart device which has the karaoke application if you don’t want to spend much time setting it up with your home stereo. On the other hand, an amplifier allows you to adjust bass, treble and other aspects so that your speakers deliver the right sound. Through the equalizer, you can tweak the voices of your friends so they sound the best while singing along to the music.

Even if you do manage to set up the system outdoors, unpredictable weather conditions can put your expensive investment at risk of damage due to dust or moisture. If you want to have a karaoke party outdoors, you can simply use portable speakers that you can quickly move indoors if something goes wrong. If you can’t connect your microphones to these speakers directly, don’t panic. You can do so with an inexpensive karaoke sound mixer. 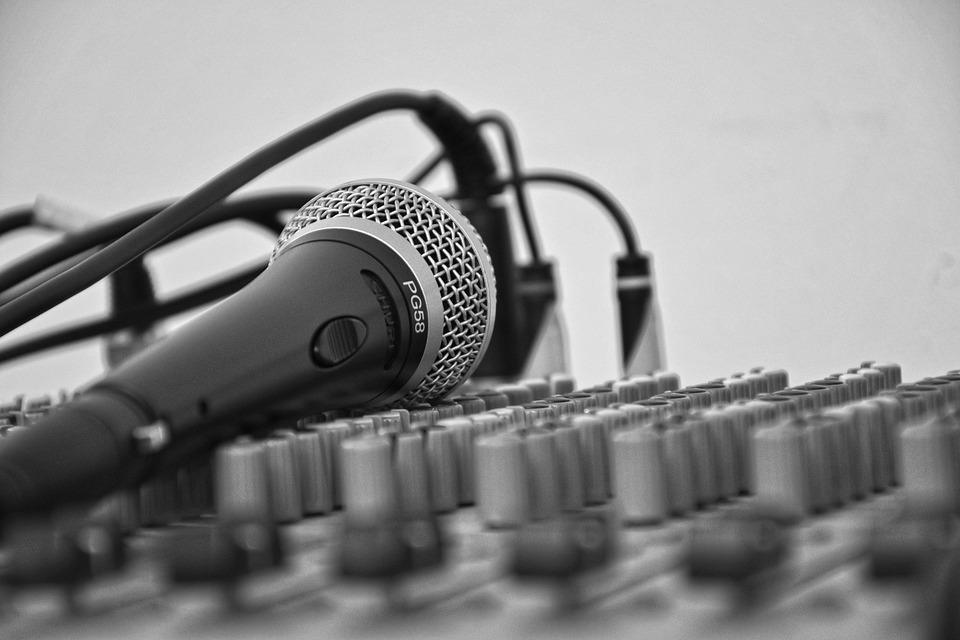 The mixer will serve as an audio combining equipment that lets you connect different sources of audio i.e. microphones and karaoke machine. It combines the sounds from both sources and sends them to the speakers. Basic models feature controls that let you adjust the volume of the microphones while advanced mixers have other details so you can tweak frequency, tune and other aspects of the audio.

A sound mixer designed specifically for karaoke will feature AV inputs and output so that lyrics on the display are synced. A karaoke sound mixer is compatible with any smart device, such as tablets, phones, computers, and audio equipment, like receivers. Moreover, if you don’t have an amplifier, you can use the controls on a sound mixer to adjust the frequency and other settings.

Fun Lighting for a Party

It isn’t a karaoke party if the ambiance isn’t right, and people won’t feel like singing in your living room right away, no matter how much you spent on remodeling. If you’re planning on having the party indoors, here’s a karaoke party idea: get some fancy lighting that sets the mood. Use softer lighting like the type used at clubs so that it doesn’t take the attention away from the fun that everyone’s having.

You can use direct lighting in places, such as bathrooms, hallways and the kitchen, where people will need it. Soft LED lights are good solutions and they’re not that expensive either. In case you don’t intend to buy Wi-Fi connected lighting, you can just use decoration lights to get the job done.

Colorful displays are a cool addition and these lights are usually part of karaoke machines so they activate light patterns along with the music. If you’re using a subscription service for karaoke, you can simply buy a separate light display which features multiple patterns that you can control using a remote to adjust brightness and speed.

Tips for a Great Karaoke Party

Get a Tripod for All Your Pictures

Pictures are a great way to remember an event and share with your other friends, especially the ones who can’t come to your party. Even though the pictures will be blurry if everyone’s taking them in a state of excitement, they’ll come out even worse if they’re taken in the dark. A tripod can make things easier and give you clearer pictures of karaoke party games without requiring significant effort.

Keep It on the Weekend

Host your karaoke party with your kids on a weekend and not on a work night because your friends will have a chance to come. During the rest of the week, your friends will have work in the morning or their kids will have to go to school. (Here are some best karaoke machines for children) Hence, staying up late and drinking will be a combination for disaster. On a weekend, they can sleep in and find a sitter to attend to their kids. 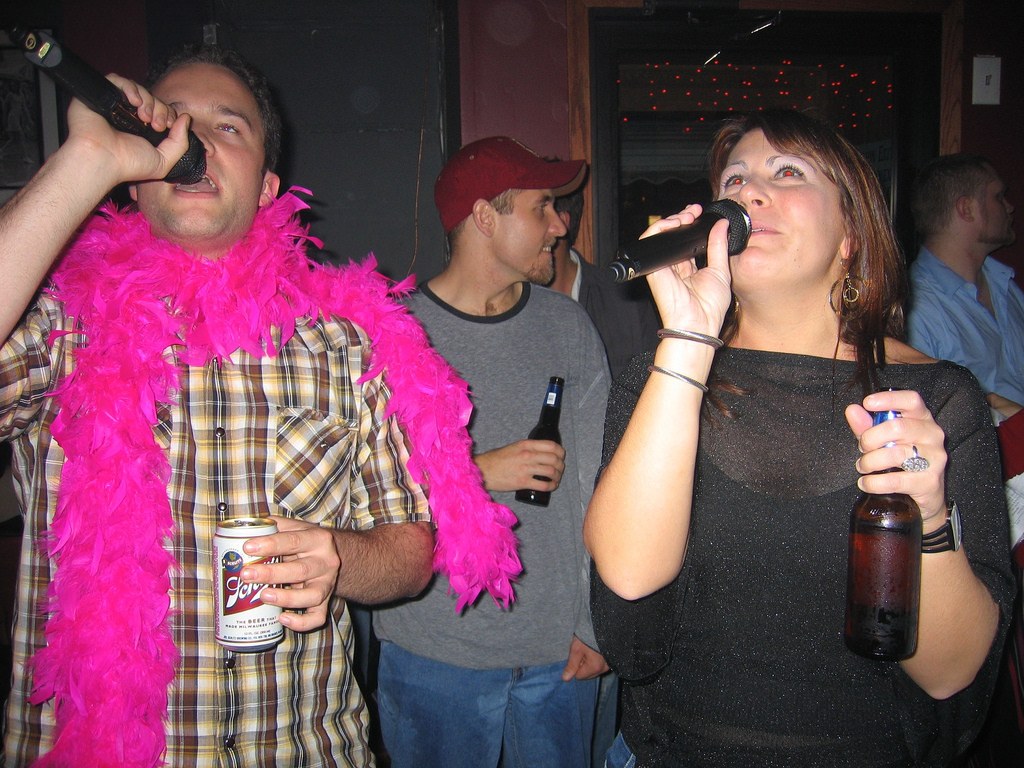 The whole point of having a karaoke party at home is to save money. Thus, it will be counterintuitive to buy expensive drinks. The most you can do is get a pack of beer but otherwise, you can request guests to bring their own booze. This way, everyone can have the spirits of their choice and there’ll be more variety too.

Do a Pilot Test

Do checks on your equipment a week before the party and a final pilot test one day prior. Make sure to check the speakers, sound mixer, amplifier, lights, and internet connection if you’re planning to use most of the equipment wirelessly. This step allows you to replace any equipment that isn’t working. After all, that’s the last thing you want to deal with on the day of the party.

If you hold parties occasionally, simply get paper plates and disposable plastic cups for the occasion. This way, you can throw away the trash when the party’s over. In case you intend to throw another karaoke party soon, buy reusable plastic cups and plates. You can wash these later on, and you don’t have to worry about anything breaking.

It’s common courtesy to at least tell your neighbors that you’re having a party a few days in advance. Even if they may not be able to soundproof their home, they’ll know where the noise is coming from and won’t feel annoyed.

Have Cleaning Supplies Near

Cleaning supplies like a broom, gloves, detergent and a bucket can be useful at the party. Hence, keep them in an accessible spot. Since everyone’s crowded in a room, it’s likely that there’ll be some spills and even though it can be a mood killer to have to clean up a wine stain in the middle of a party, you don’t want to ruin your expensive carpet.

These are some tips and guidelines you can follow to plan a great karaoke party in the comfort of your home. Once you try it, you’re sure to enjoy it and have more parties often whether you want to host them or go to one that your friend is hosting. The key is to find the right equipment, pick the right time and date, and most importantly, set the right mood. You will surely have fun and be able to blow some steam.