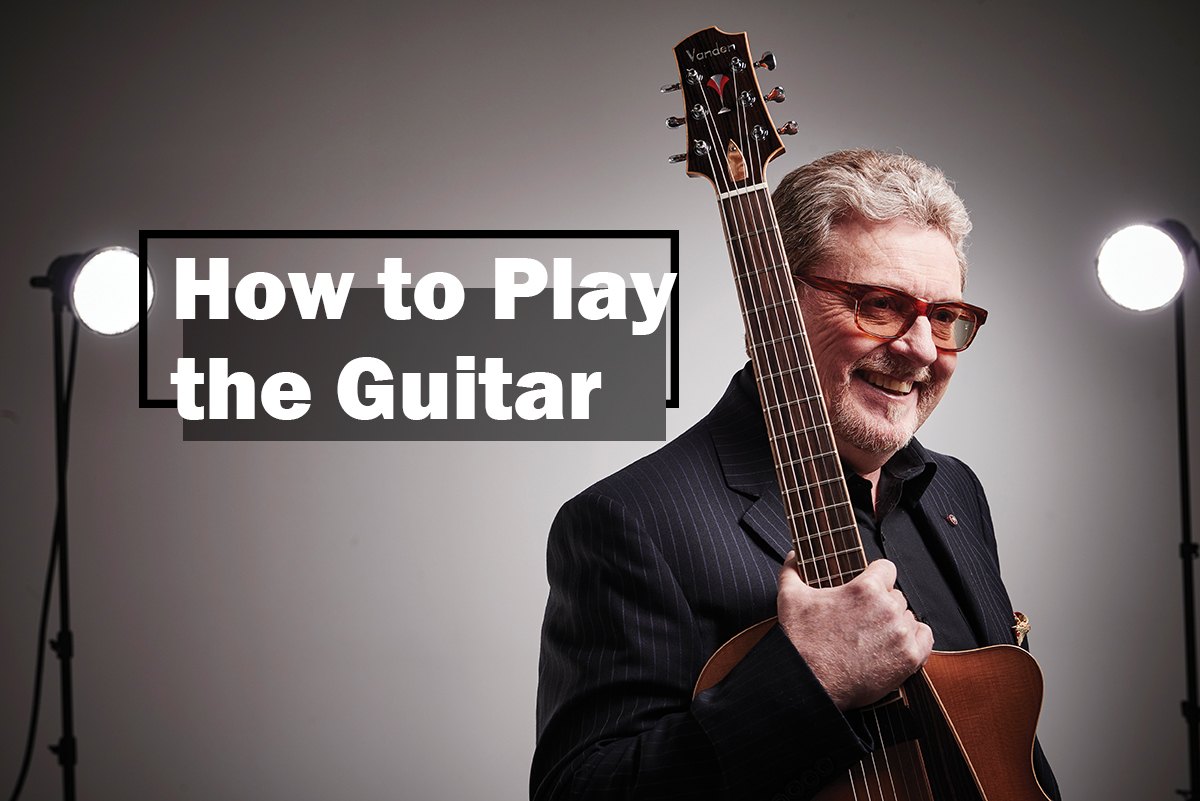 The great thing about learning to play the guitar is that there’s no restriction on age. In fact, using a few smart tips and tricks, you can get a functional knowledge of playing the guitar in a matter of hours. Generally, people refrain from picking up an instrument in their 30s or even their 20s. The common perception is that you need to start from a young age to be able to master an instrument. Well, when it comes to the guitar, you are in luck. You can set your pace when learning to play the guitar, with no strings attached.

For instance, you can learn how to play the guitar within a couple of hours after you pick it up for the first time. You don’t need to know any musical knowledge beforehand either. All you need to do is read a guide on playing the guitar as you go, and you’ll understand the basics so you can then move on to exploring different strings. 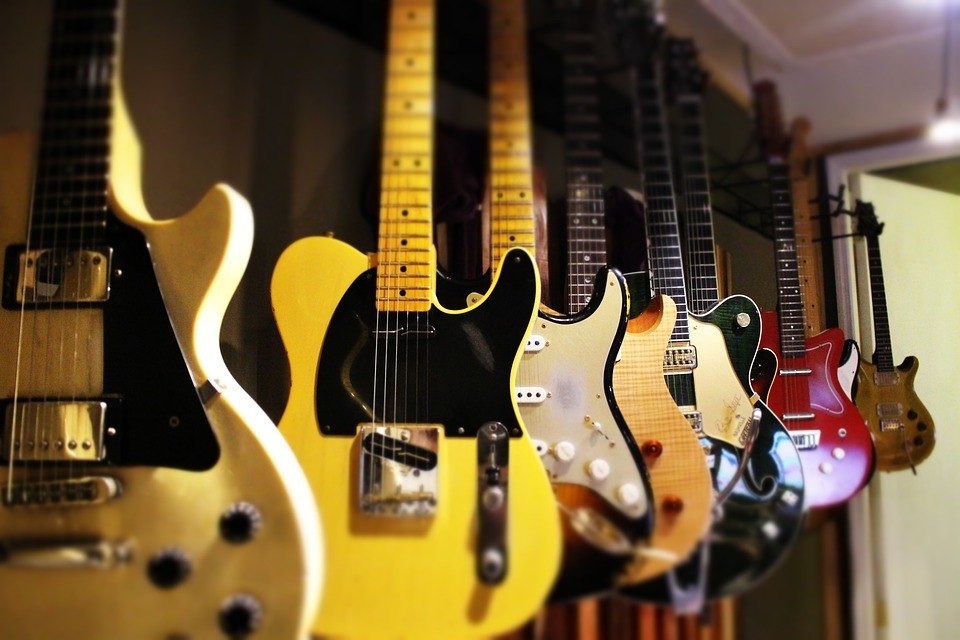 7 Simple Steps to Follow To Learn to Play the Guitar 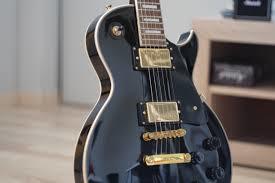 Before you even hold a guitar, it’s crucial that you understand its various components. The guitar strings usually comprise of copper, regardless of the model or make you select. That said, you do have to decide if you want to learn the acoustic first or start with an electric guitar. The electric guitar will feature magnetic pickups, while acoustic guitars have a hollow body with a sound hole.

The flat surface of the neck is the fretboard, where the frets are embedded. These indicate the position of different notes. Once you learn the names of the components, you can move forward by holding your guitar.

You need to hold the guitar properly before you can begin playing it. It’s best that you start by sitting on a proper stool that offers some back support and place where you can rest your leg. If your right hand is your dominant hand, you will use it to strum the guitar while the left hand will fret the strings on the fretboard.

You have to hold the guitar using your leg and your body as support by holding it against your chest. Your left hand should move along the fretboard without difficulty. Your left finger’s thumb holds the back of the neck while your fingers fret on the strings. Remember, it is natural to feel some degree of discomfort when holding a guitar. Don’t worry if it doesn’t feel perfect. Generally speaking, if you are holding the guitar properly, you will experience some strain and pain in your arms and shoulders.

Not tuning a guitar before you play it can distort the sound, so that’s why you should learn to tune it first. By doing so, you’ll learn about the different unique combinations of frets and strings. Even before you learn how to tune your guitar, it’s essential you remember the names of the strings.

The strings are E, A, D, G, B, and E, named after the notes, in the order of the thickest string to the thinnest. Most guitar players can tell whether a note is too flat or sharp, but if you can’t tell the difference, you can use an electric tuner to adjust the strings.

Electric tuners offer accurate readings but you need to use them in silence because they rely on sound frequency. Hence, they can pick up other noises as well, which will distort the results. Pluck each string individually to sound a note and the tuner will let you know whether it’s just right, flat or sharp. Then, based on the tuner’s results, you can tighten the string if the sound is too flat, or slacken it if it’s too sharp.

To pluck notes individually, use a pluck and not your hand. This is a piece of plastic that you’ll need to start out with for strumming the guitar before you can use your fingers. Hold the pick between your closed forefinger and thumb that’s resting on it, with a few centimeters of the smaller end peeking through.

Learning to play the guitar depends mainly on your ability to learn and play the chords. This part is the most technical and time-consuming and it’s best that you take the process step by step. When it comes to learning how to play guitar for beginners, there are two kinds of chords that you need to remember: the first position chords and the barre chords.

You have to play the former with a mixture of pressed and open strings on the beginning three frets on the fretboard. Here are some important chords and how to play them:

To play the G chord, you need to position your fingers in the following order

To play the C chord,

For the D Major chord,

For the E Minor chord,

For the A Minor chord,

For the D Minor chord

To play the E Major chord,

When you begin practicing how to play the guitar, try to produce a clear sound from all the strings played in a chord. Once you put all your fingers on the fretboard, play every individual string of a chord and listen to the sound to check if they seem muted or muffled.

If you can’t hear the sound properly, hear buzzing or the chords sound muffled, it’s probable that you’re either not pressing down on the strings hard enough or your finger positioning is incorrect. If you can see that your idle fingers are touching the strings and muting them, try to hold them properly over the frets.

Take the fingers of the hand you use to fret on the guitar and curl them over the fretboard to prevent them from touching the strings. This helps you leave space between the frets so that you can play open chord strings without being muted.

Strumming means to slowly playing over all the strings involved with careful coordination. You have to be slow and careful otherwise, you might develop a habit of playing the wrong strings while learning to play guitar. At this point, look down at what you’re playing so you can correct yourself early on.

You’ll be strumming in various combinations so make sure you’re playing all the notes of a chord equally and with a stable rhythm. Practice using your wrist for all your movements up and down the guitar by placing your elbow tightly to hold the guitar in place. Try to move your guitar pick down all the strings and upwards. It’s essential that you limit your elbow movement since your wrist will be doing all the moving for strumming along the strings. 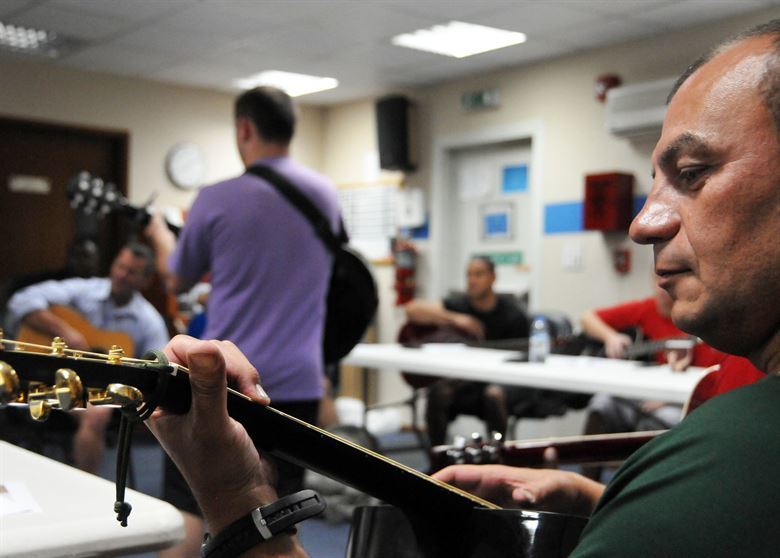 Once you position all your fingers correctly, you can place your bar, which is the forefinger on the third fret, across all the strings. On the back of the fret board, place your thumb halfway down the neck and between your forefinger and middle finger. On the fretboard, be careful to keep your forefinger in position so that the creases don’t fall directly on a string, as this can cause muting.

Now, your fingers are in a position to play the G Major, which is one of the most important barre chords. Here are some others:

For this chord, it’s the same position as a G major, except you lift your middle finger and bar your forefinger across the third fret. Then, play the remaining two strings. 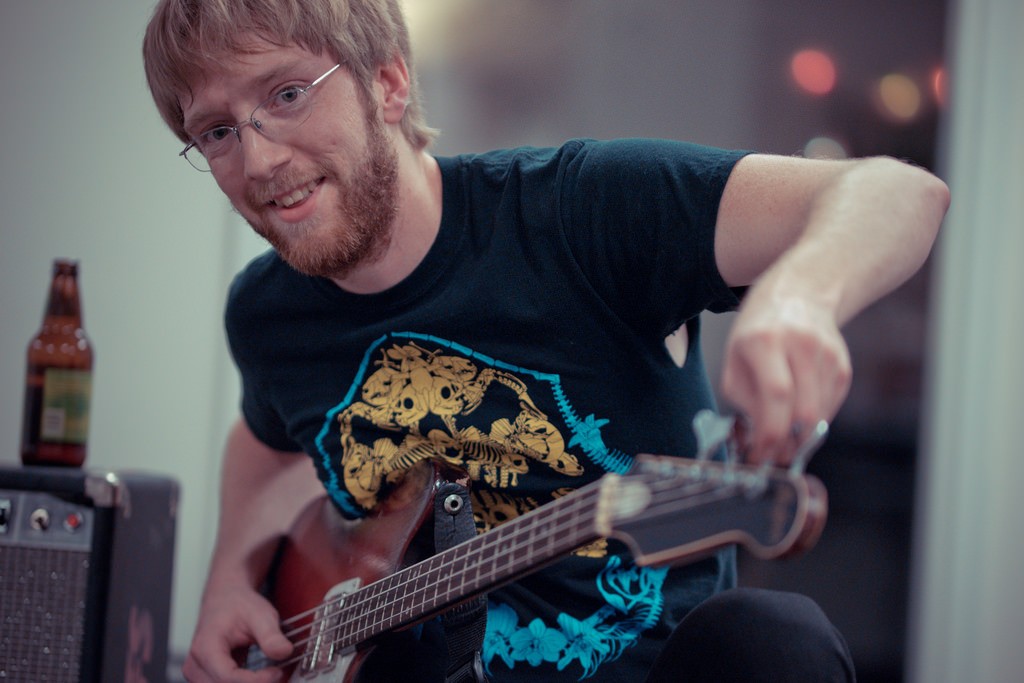 One reason why you’ll want to give up on practicing how to play the guitar is that you’ll feel like you aren’t making any progress. You can avoid those feelings by occasionally practicing actual songs on your guitar. This will feel more fun because as you play every chord, you’ll recognize it as the note of a song you know. Start out with easy songs like ‘Country Roads’ and ‘Ring of Fire’. If you want to learn how to play the chords on your favorite song, you can simply Google for the tablature by typing: ‘name of song’ + tab.

You can also refer to YouTube videos of guitarists playing your favorite songs. You can mimic what they are doing on the screen and within minutes, you will be able to learn the song.

7. How to Manage the Pain

At the first couple of tries, playing the guitar can become somewhat of a difficult challenge. It’ll seem easier to just put it back in the case and leave it at that. The most common reason for beginners to give up hope is that they can’t handle the pain so if you’re wondering if it’ll be this way forever; it won’t. That’s because you’ll get used to it, and your fingertips will start to develop hard calluses that reduce the pain of pressing down and playing strings.

The bottom-line is that you have to follow the steps mentioned above in the correct order. This way, you will be able to learn to play the guitar in 10 hours, a skill that otherwise takes several months to master.