In the 1900s, audio producers would record theatre sessions live on large disks, which we know as record players. For a modern digital producer, he or she would say that life was difficult. However, that may not be true.

Many researchers conclude that people are going back to vinyl records, a trend that is slowly increasing among many people. But, why? The thing is, traditional sounds were original and involved a lot of mechanisms, which many musicians prefer.

Because you want to have a good experience with your old vinyl records, then it would be vital that you purchase a unit that suits your budget, and two brings all the qualities to the table.

In our research, we found one unit that could do that. The Lauson CL502 Turntable is one unit that you would want to buy. Today we try to find out what makes this analog music player recommendable. 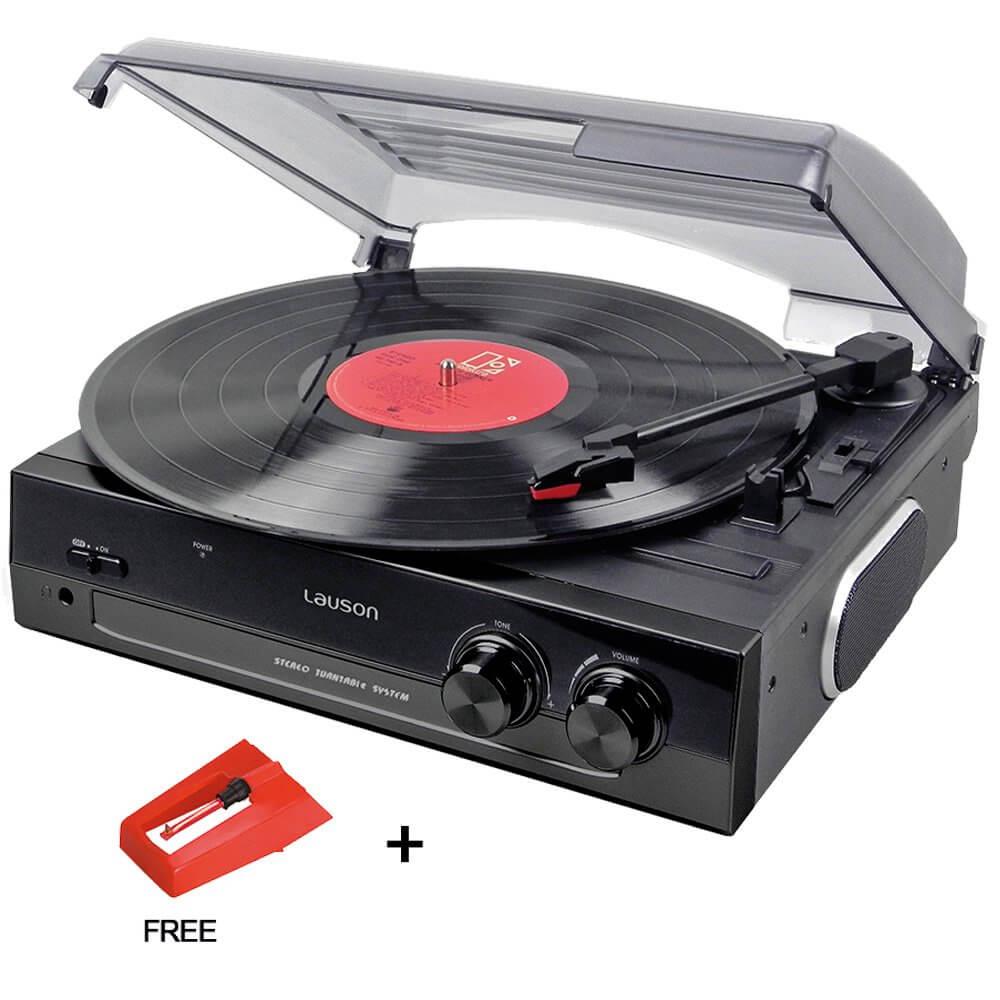 The thing with this turntable is that everything is manual. It takes you back in time both in the way it appears, and how it operates.

On top lies the record player with its respective protective lid, which could hinder dust from finding its way in when not in use. It does not come with many buttons. However, next to the tonearm, you will find the three-speed switch.

At the front, you will find the volume control knob, the tone knob, power switch with a red indicator, and a 3/5mm headphone jack.

The music player does not feature many audio elements. However, it is efficient in the way it relays sound in any chamber.

On the two sides of the player, you will find two stereo speakers. If you desire to amplify the sound, then you can use the RCA output cables to connect to any amplifier or receiver.

Besides the volume control knob, is the tone control, which you can use to change the pitch of the song.
It also features 33, 45, and 78-speed settings. You will find the knob at the side of the record player. With the knob, you can play any record size. 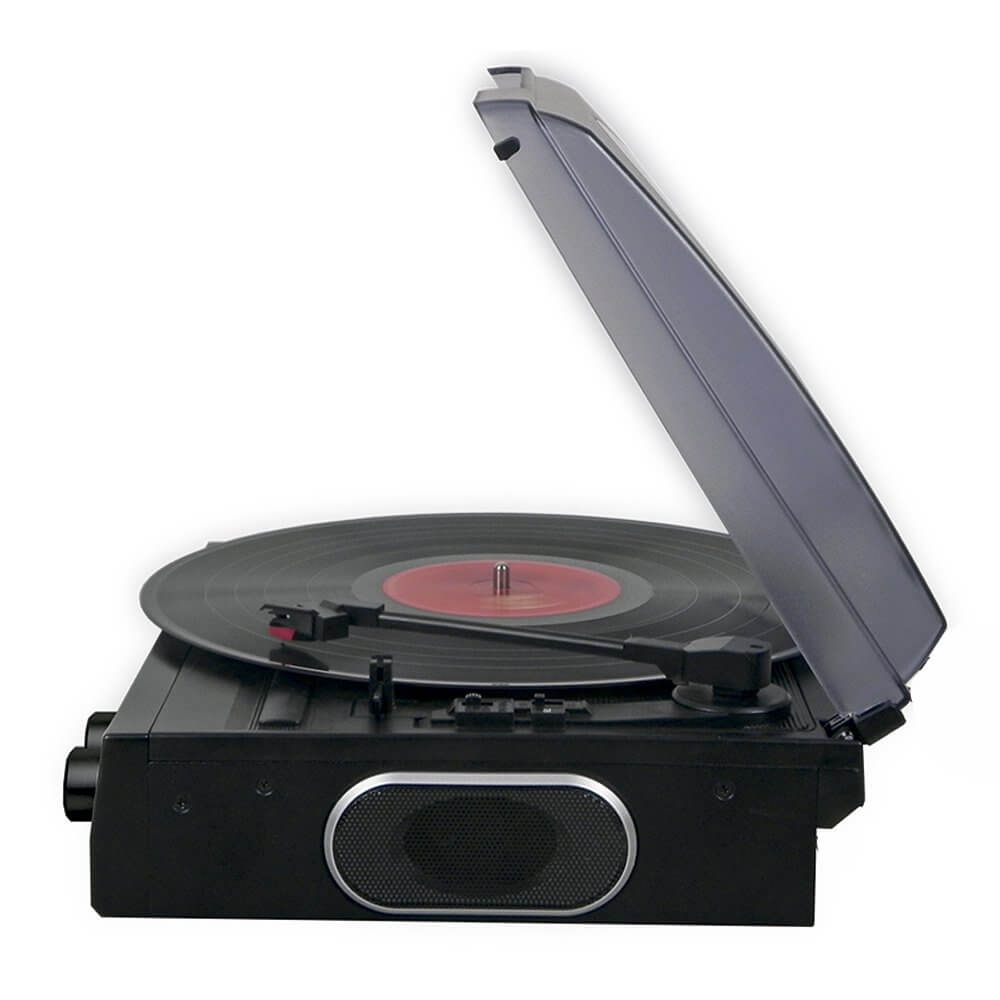 Unfortunately, the manufacturer did not include the Bluetooth function, which comes with most of the record players in the market. However, that does not mean that it is the end of the world.

Remember, the manufacturer provides an extra AG101 Stylus in case the other one fails.

Does not have Bluetooth functionality

If you desire to see the Lauson CL502 Turntable in action, here is a brief video of the player.

Despite its simple design and look, you should not ignore the Lauson CL502 Turntable. It functions as an average player and can bring the best experience, whether romantic or entertainment, in small and large gatherings.

Besides that, it does not require any assembling during purchase. That means no hustle for people who are not tech savvy.