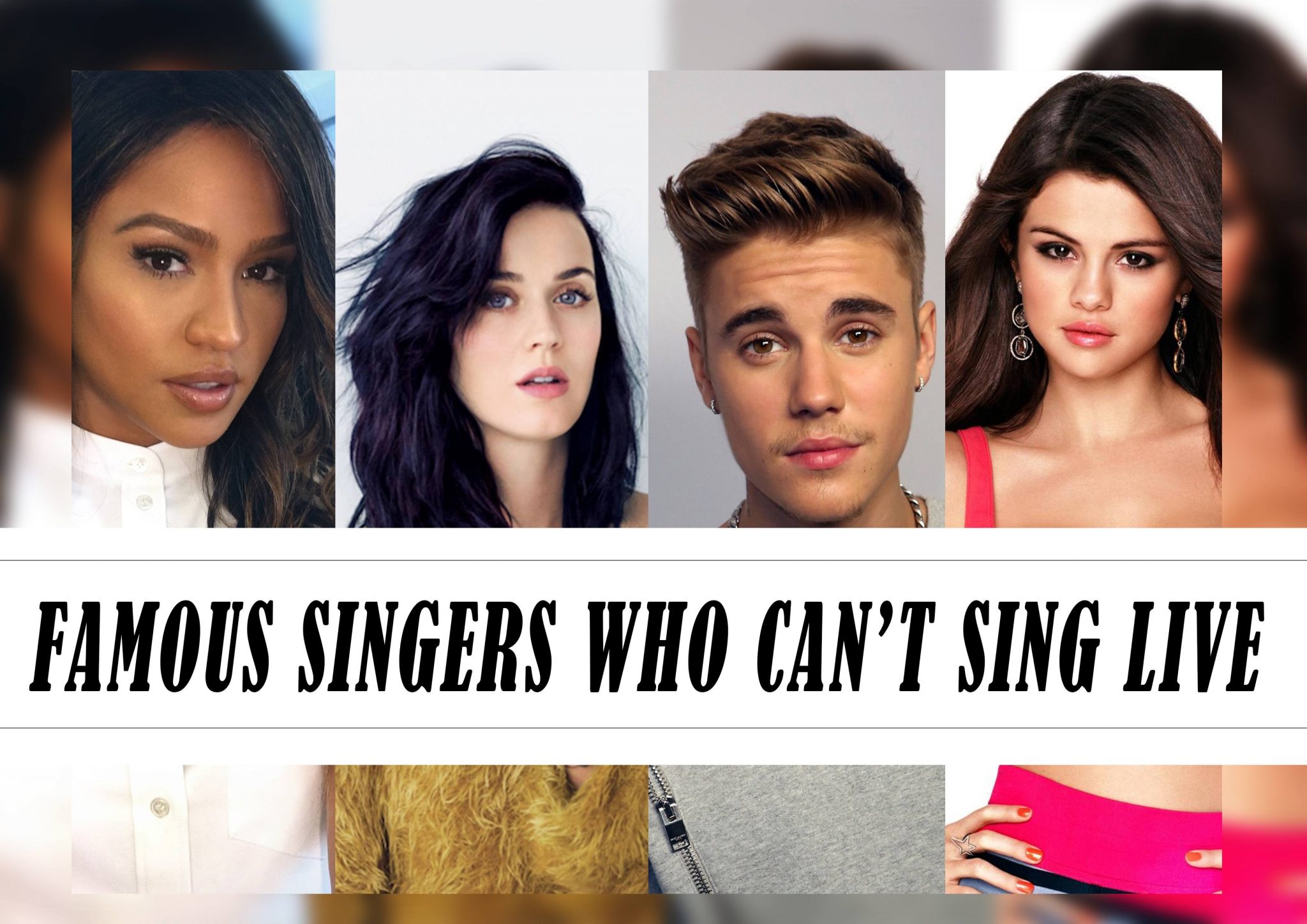 Sometimes, you can’t help but be amazed by the vocal prowess of a singer. The voice impresses you and you wonder how someone can be this talented. However, today, vocal talent takes a backseat to popularity. A number of popular singers today are unable to hold a tune when singing live. Thanks to advancements in technology, singers can sound impressive on a record without actually singing well.

Hence, you cannot help but agree with older folks who state that music was better in their day. After all, singers of the past, the Presleys and the Sinatras, didn’t have access to these tools and software. They relied on talent alone to achieve success. Unfortunately, this is no longer the case.

Believe it or not, some people argue that singers today have no option but to use auto-tune and other gizmos. Their argument is that singers today are not just singing on stage. They put on a performance that involves dancing and other activities that tire them out. So, who are these famous singers who can’t sing live? Here’s a look at the most popular ones: 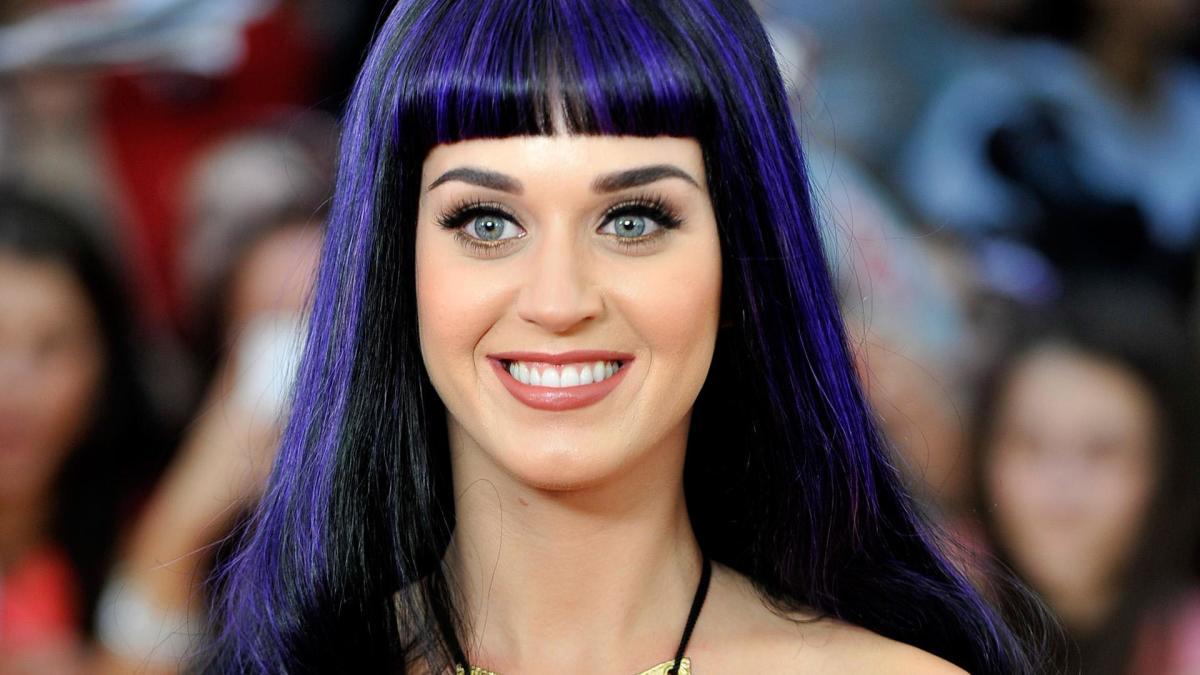 Katy Perry needs no introduction. The Grammy-winning star has millions of fans around the world. She may have released catchy songs like “Teenage Dream”, “Firework” and “Dark Horse”, so there’s no doubt regarding her producer’s ability to write good songs for her that makes her sound great in the studio. But at live performances, let’s say that she doesn’t do her best. Take her performance at the X Factor finale in 2015 when she sang “Unconditional”. The audience did not appreciate her performance at all. 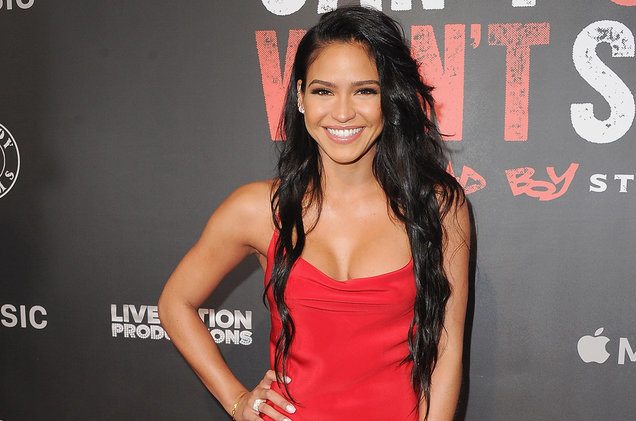 While she still has a successful Instagram account, it’s sad to say that Cassie cannot sing live. Despite having the looks of a supermodel, she couldn’t make it as a singer. The reason is her cold, shaky and breathy vocals at live performances. She was able to fool listeners with her song “Me & You” and its recorded version. However, this was not the case when it came to singing live. And if we’re being critical, “Me & You” was basically just her talking in a weird singing voice instead of actually singing. Well, we’re all glad she stopped singing. She must have realized that it’s not her thing. 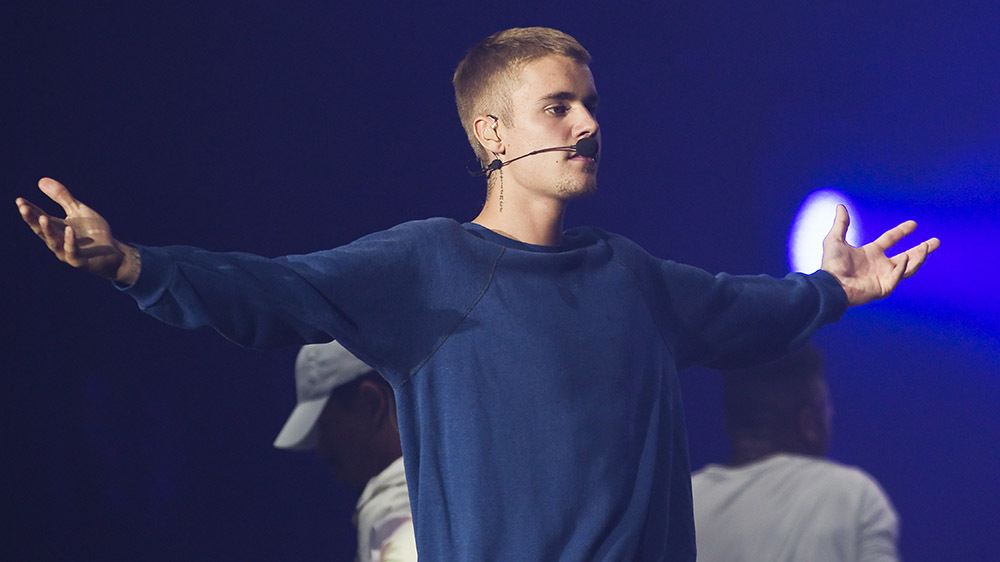 The “What Do You Mean?” singer was every girl’s crush in 2012. However, time flies fast. Not only does he have a smaller fan base, his rude behavior and inability to sing live has put him at the bottom of the popularity charts. Although there’s no doubt that originally, as a young aspiring artist, Bieber could sing and had a passion for music. But now, his nonchalant attitude towards fans and disappointing performances has left his fans wondering if he even cares anymore. His live performances are average at best, and he himself admitted that he doesn’t know the lyrics to his biggest hit “Despacito”. 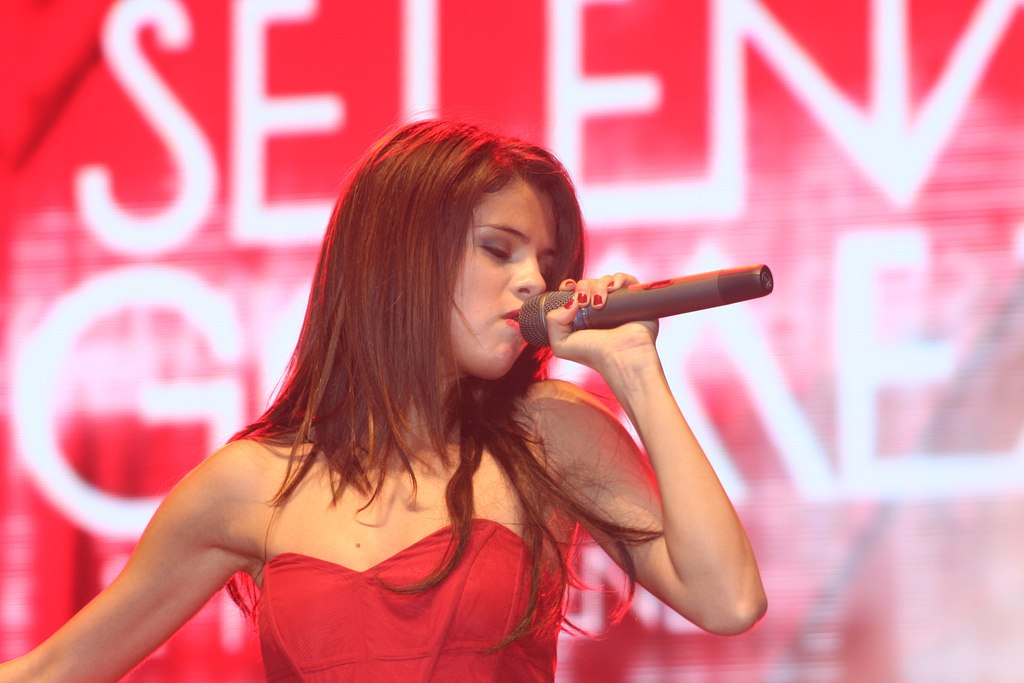 The “Wizards of Waverly Place” actress had a seamless transition from Disney Star to Popstar. She was already singing while she had a contract with Disney. Even though she has the face and the personality to appeal to her fans, the package was not enough for live performances. The “Come & Get It” singer proved rumors of her being incapable of singing live true when she performed her hit song, “Same Old Love”, at the BBC Children in Need event in 2015.

Selena isn’t pumping out any hits recently. However, her collaboration with Charlie Puth on his hit song “We Don’t Talk Anymore” proved a success. The song got her a slew of live performances and lots of flattering press. No wonder, considering the song stayed on the charts for 24 weeks. 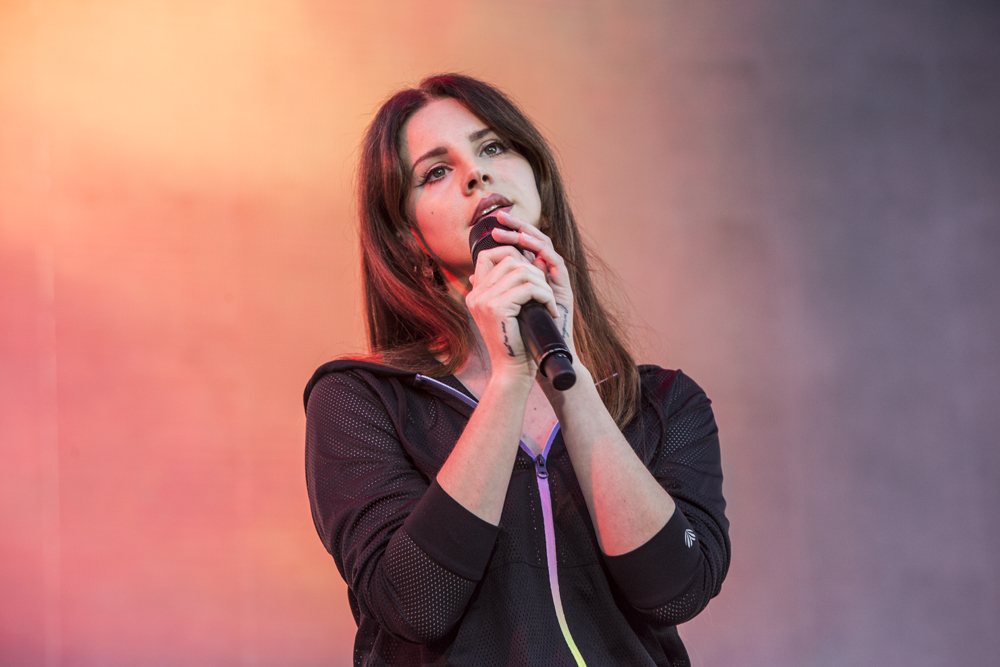 Well, we can’t argue that Lana Del Rey’s music is an acquired taste. However, everyone can agree that singing live just isn’t her forte. She received criticism for her debut performance of “Video Games” on Saturday Night Live. Countless shows later, she stated that she is better at performing in the studio rather than on the stage. Although fans respect her honestly when she advised them not to ‘expect too much’ from her shows, it still has people wondering why she’s even popular.

Her cult-like following is not due to her unimpressive vocal skills, but rather her appearance, sound, and straight-up depressing lyrics. That said, she does know how to write catchy songs that capture the listeners’ attention. 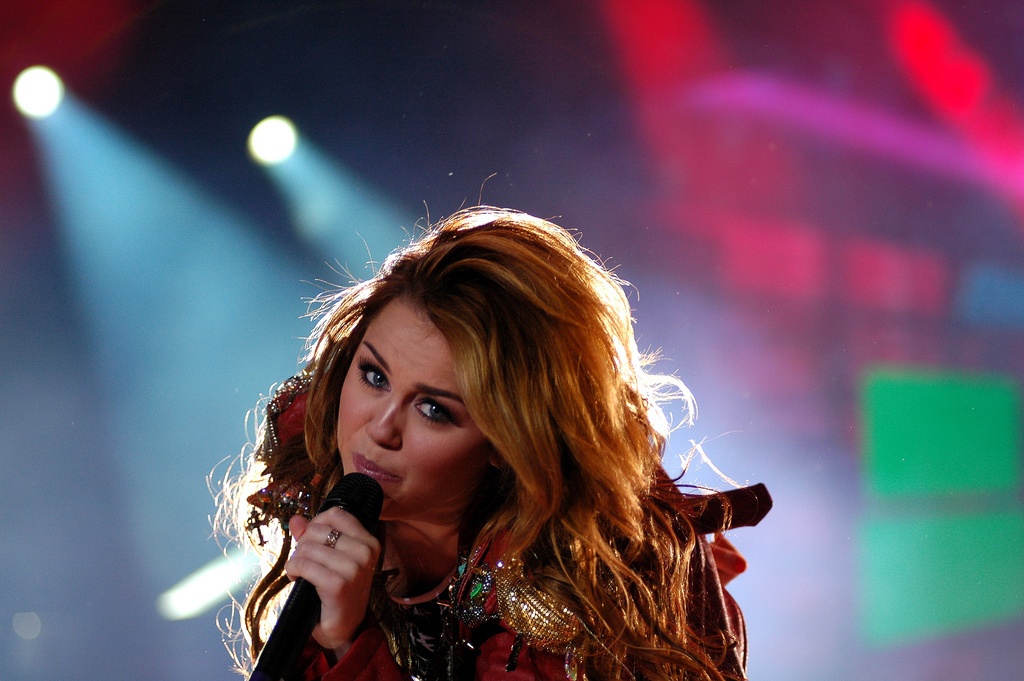 The “Hannah Montana” star doesn’t really count as a bad singer and she may not even be that bad live but her career has been a roller-coaster ride. Except for the Hannah Montana era, which was awesome, her career is a list of bad decisions. These include inappropriate behavior, regretful collaborations and of course, “Wrecking Ball”. Her music ranges between good and painful to listen to. This reason is why she’s on this list.

Like some others on this list, Miley does have the skill but she’s not good at using it, especially during the Bangerz era, which had most fans and critics questioning “what is that?” This was around 2013, and most of Miley’s performances were absurd, to say the least, and didn’t do a lot of singing in them, just weird stage outfits and twerking. Miley’s fans though believe that if she sticks to singing ballads, she will prove a better singer. However, that does seem a bit of a stretch, to say the least. 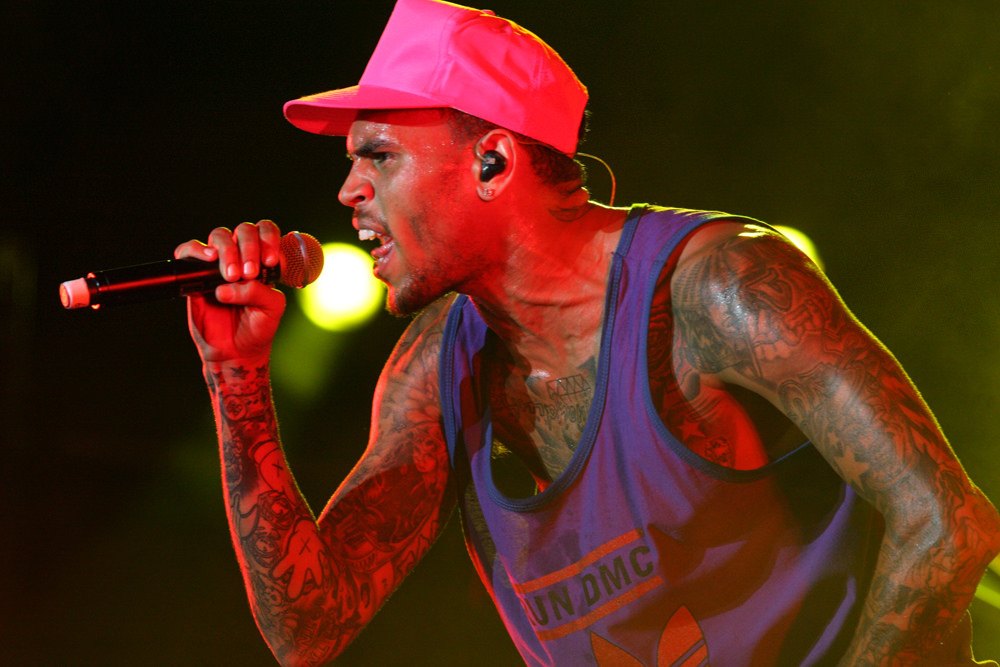 Although Chris Brown isn’t ‘famous’ anymore, there’s no denying that he had his fair share of popularity during the mid-2000s, but let’s leave it at that. He saw success on the Billboard charts with songs like “Run It!” and “Kiss Kiss” in 2005 and 2007 respectively but now he simply turns to auto tune or lip-syncing to get by in his live performances and studio recordings. Either that or he resorts to adding another dance break to the performance instead of singing. There’s no arguing that he’s an excellent performer with unmatched dancing skills but he can’t sing live. 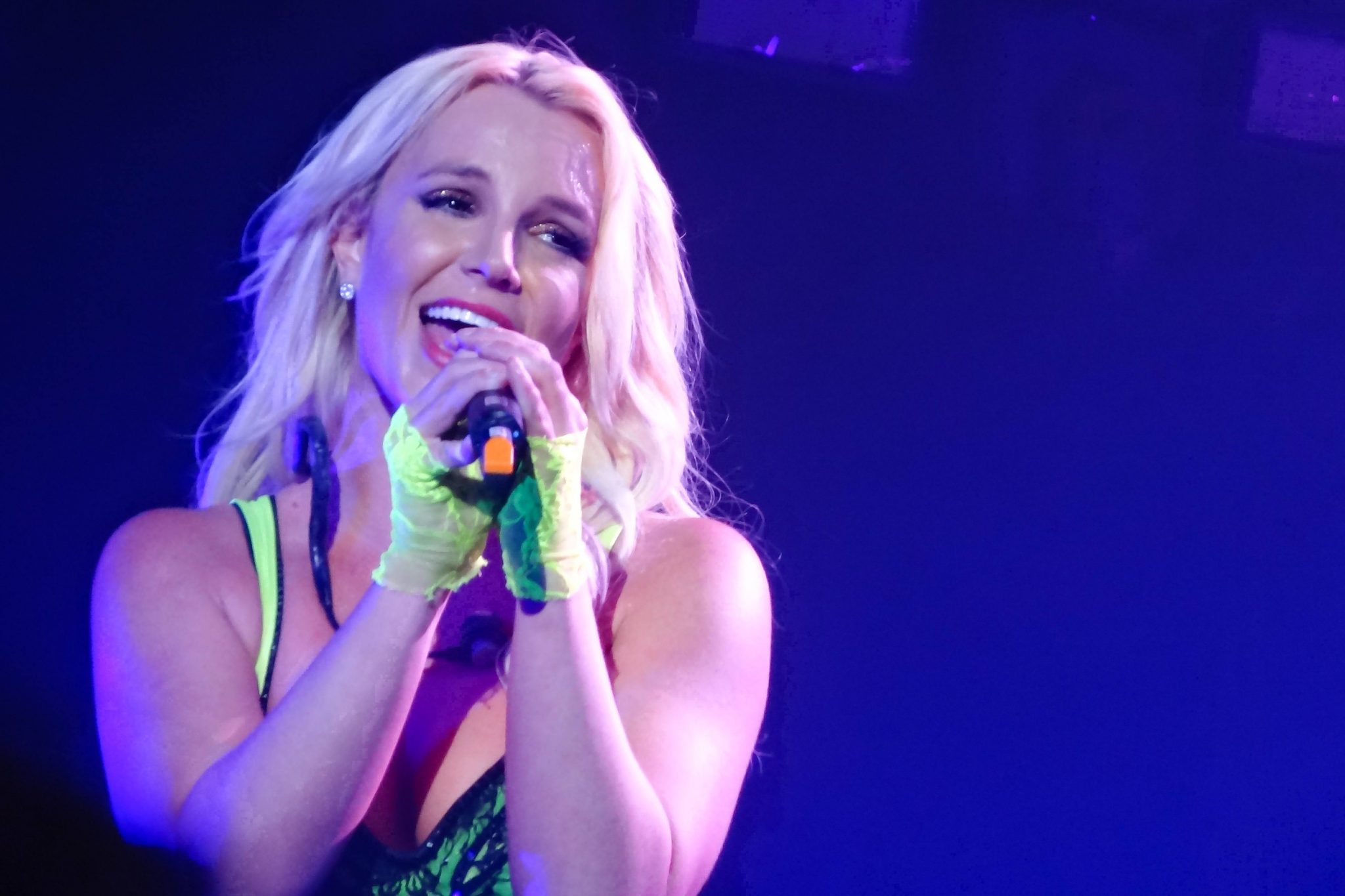 It’s known for a fact that Britney has faced significant backlash and that adding to the list would simply do no good. But she’s known to be a bad live performer and her producer has admitted it too, so that’s nothing new. Although the pop diva dominated the charts since the late 90s, they’re all a result of a well-timed appearance by little Britney Spears and her rise to fame as a child star with a cute personality and dancing skills.

While she may have had charisma during the 90s and early 2000s, it all went to ashes due to her controversies. It would be wrong to say that she never had a good voice, but somewhere in between, her chords took a fall and now she’s notorious for lip-syncing during performances. While most of her live performances are proof of her unappealing voice, her appearance on Carpool Karaoke was truly an eye-opener. 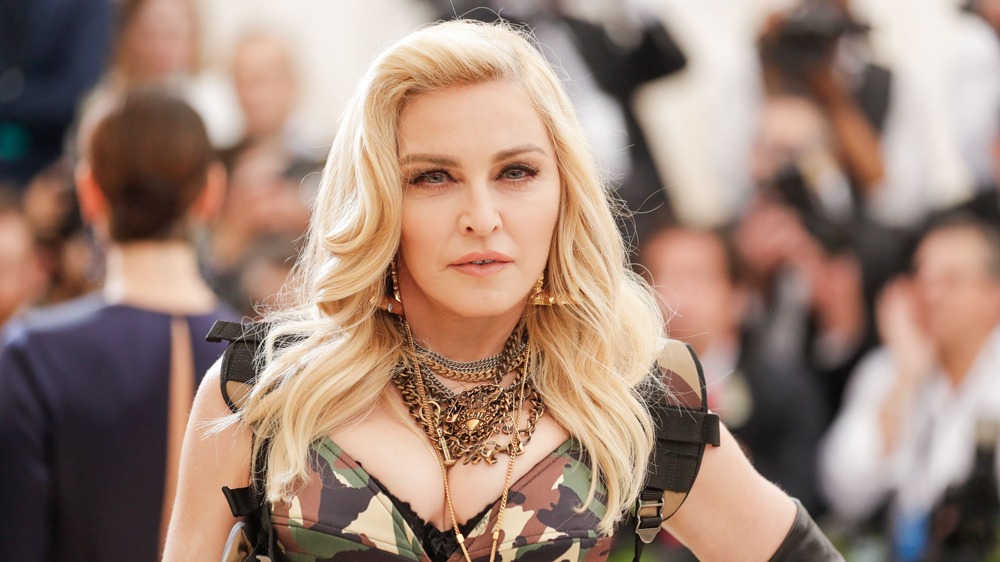 There’s plenty of skepticism regarding Madonna’s voice because even her studio recordings come off as thin and raspy. She was one of the first pop idols to be crafted and molded by the industry because a lot of work went into making her voice sound unique and Grammy-worthy. She debuted in an era when musical engineering had just taken and as singers’ voices were transformed post-recording, fans would think that this was their natural sound.

But Madonna has been in the industry since the 80s. She has been pumping out Billboard Top 10 hits for three decades, and her concerts sell out instantaneously so it’s safe to say that her fans simply don’t care whether they pop diva is tone deaf during live performances. They just love her overwhelming stage presence. 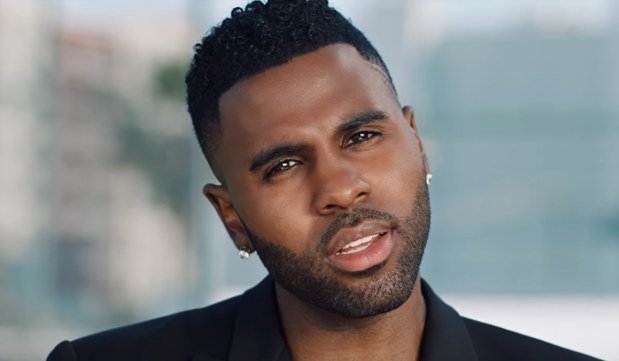 Jason Derulo has released some good songs, but the “Talk Dirty” singer doesn’t have the voice to perform live. Many critics explain that while he does have the ability to sing, he’s just unable to deliver the right notes when he does it live. Fans have come across multiple shows when his voice was just straight up off-key and breathy, and if that wasn’t cringe-worthy enough, his dance breaks surely are. Remember his performance at the People’s Choice Awards? It was a total disaster because everyone thought he was lip-syncing, and even if there was a chance he sang live, the vocals were bad regardless. 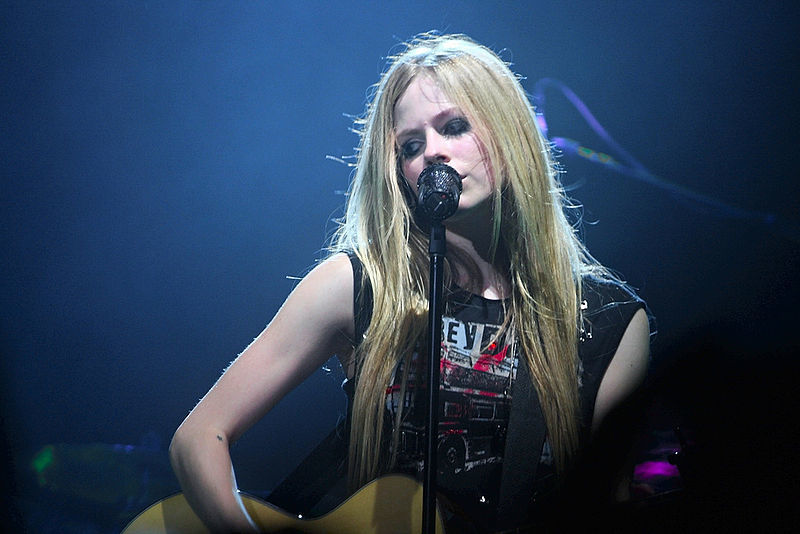 Her music was the definition of teen anthems back in the 2000s. However, as her tween fans grew up, they realized that aside from her rebellious image, and lyrics about heartbreak, there wasn’t anything special about her voice. Maybe it was the norm to sound mediocre back then? When she released “Let Go”, her debut album, she sold millions of copies but it didn’t take long for her shortcomings to catch up.

While she may have caught our attention with songs like “When You’re Gone” and “Complicated”, it still doesn’t change the fact that when she performs live, she’s mostly screaming or talking into the mic in a kind of singsong way. 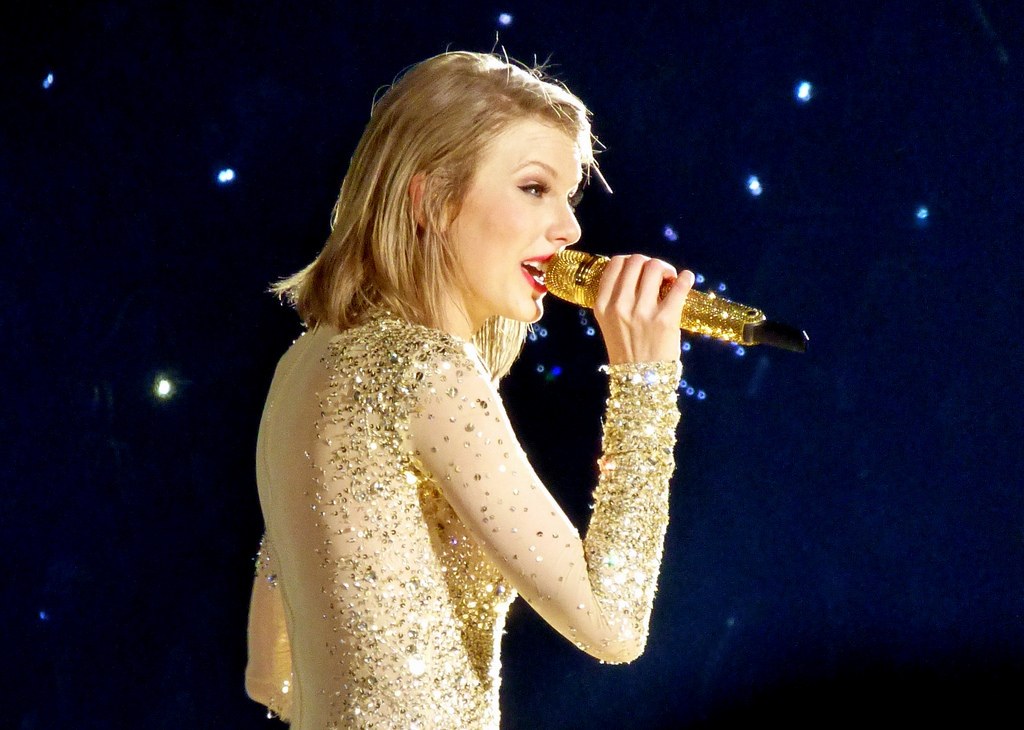 Taylor Swift is the biggest pop star of this era, and there are plenty of reasons why. She has a pretty face, an awkward personality that ordinary girls can relate to, and she makes wholesome, meaningful music. While she does get credit for writing good music, it should only be limited to when she wrote country music. Even though Taylor’s career in the Pop music industry is booming, the quality of her music isn’t. She’s doing badly at live performances and there’s no excuse, considering that she doesn’t dance and the most she does is an awkward shuffle.

Most female stars aim to shed and stray far from their ‘good girl’ image and Taylor did it pretty well, but she seemed to have lost her vocal edge in the process. Now, she sings out of register and tries to belt out high notes that sound strained during live performances. If she wasn’t a Grammy-award winning artist with a huge fan base, her fans may have noticed, but it seems like they won’t be catching on anytime soon. 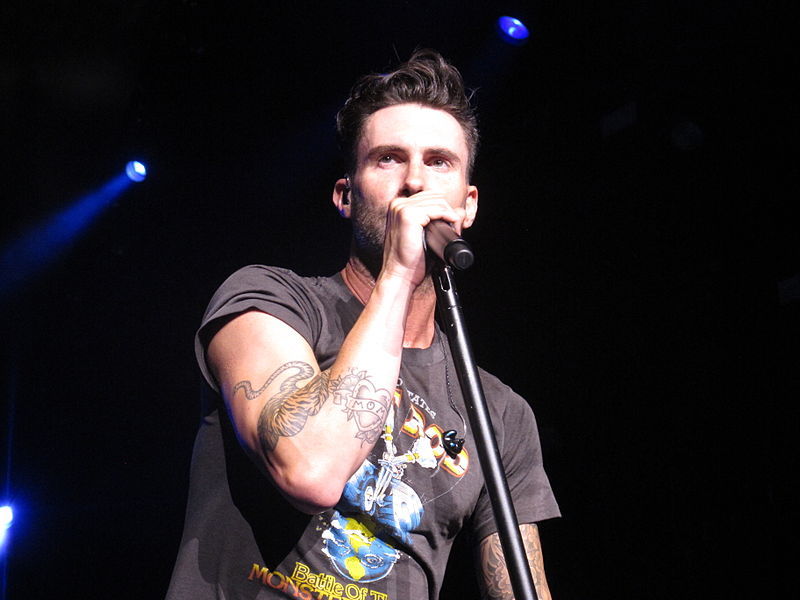 It may come off as a shocker to call Maroon 5’s lead vocalist a bad live performer. In fact, it’s an unpopular opinion that can land you in trouble. While Maroon 5’s studio albums sound like a work of art, their concerts don’t. It’s because of Adam’s live voice, which doesn’t match his studio voice and comes out as borderline whiny.

Even though he does manage to pull through at some shows, his voice doesn’t suit different styles. The band has been making music since the early 2000s and even though Adam has been practicing with a vocal coach for quite a while, there hasn’t been much of an improvement. 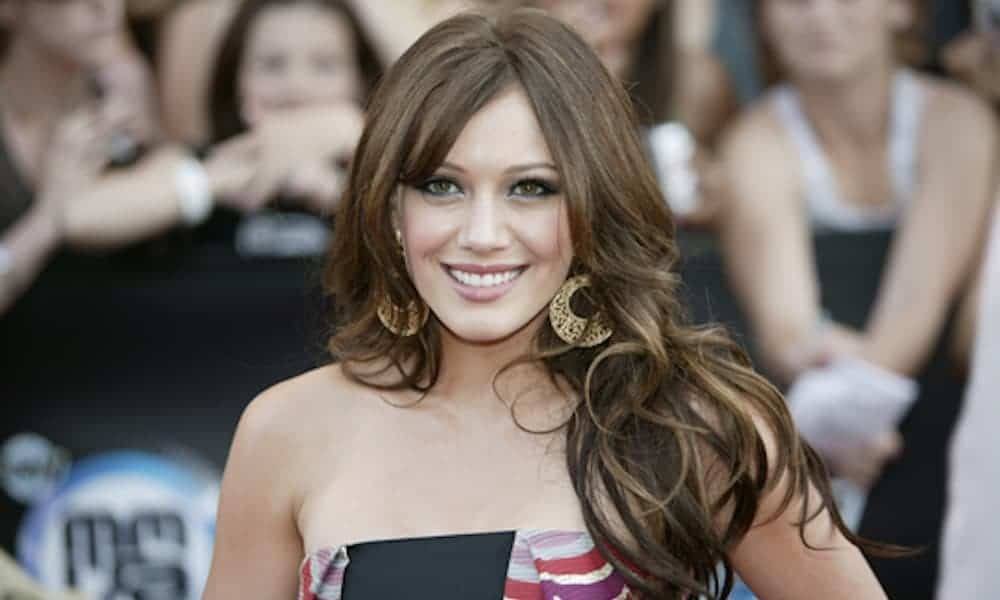 Every Disney loving millennial hopes that their favorite star transitions into a great singer. Many kids had that same hope for Lizzie Maguire star Hilary Duff, but it wasn’t enough. Her songs, including “Why Not” and a cover of “My Generation” exposed her inability to even carry a tune. What hurt more was that it was Hilary Duff and people just expected that she could sing. However, now that she and her fans are older, they’ve come to accept the fact. Maybe she just can’t sing and it’s better that she doesn’t try.

These are some famous singers who can’t sing live. This list is proof that the standard of music isn’t the same as it used to be. Moreover, if studio recording technology continues to progress, perhaps anyone can try their luck at becoming a singer.